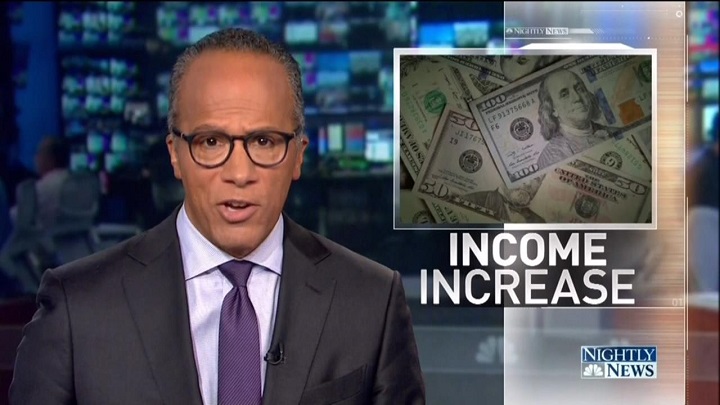 When it comes to covering the economy under President Obama, the broadcast networks have a habit of covering good economic news, but glossing over or ignoring bad economic news.

It turns out coverage of income and poverty data from the Census got the same treatment with all three networks covering “great news” on Sept. 13, 2016. However, a year earlier only CBS Evening News covered the data showing stagnant income and poverty rates. Even that show waited days to report the news.

But what made that news so good was the fact that stagnant wages and high poverty rates marred nearly the entirety of Obama’s recovery. Just a year before the Sept. 13, 2016, data was released the Census reported income and poverty stagnation. Back then Nightly News and World News ignored it, continuing the network trend of ignoring economic data which showed weakness in Obama’s economy.

But as Time editor-at-large Belinda Luscombe reported on Sept. 13, a staggering number of Americans are still poor and in terrible condition.

“In 2015, more than 43 million Americans, or the equivalent of the population of Argentina, did not have what they needed to get by,” Luscombe wrote.

CBS Evening News did report the disappointing Census data released in 2015, but waited four days after it was released to cover it. In that Sept. 20, 2015, report, CBS correspondent Jeff Glor asked, “Why have wages been stagnant for so long?”