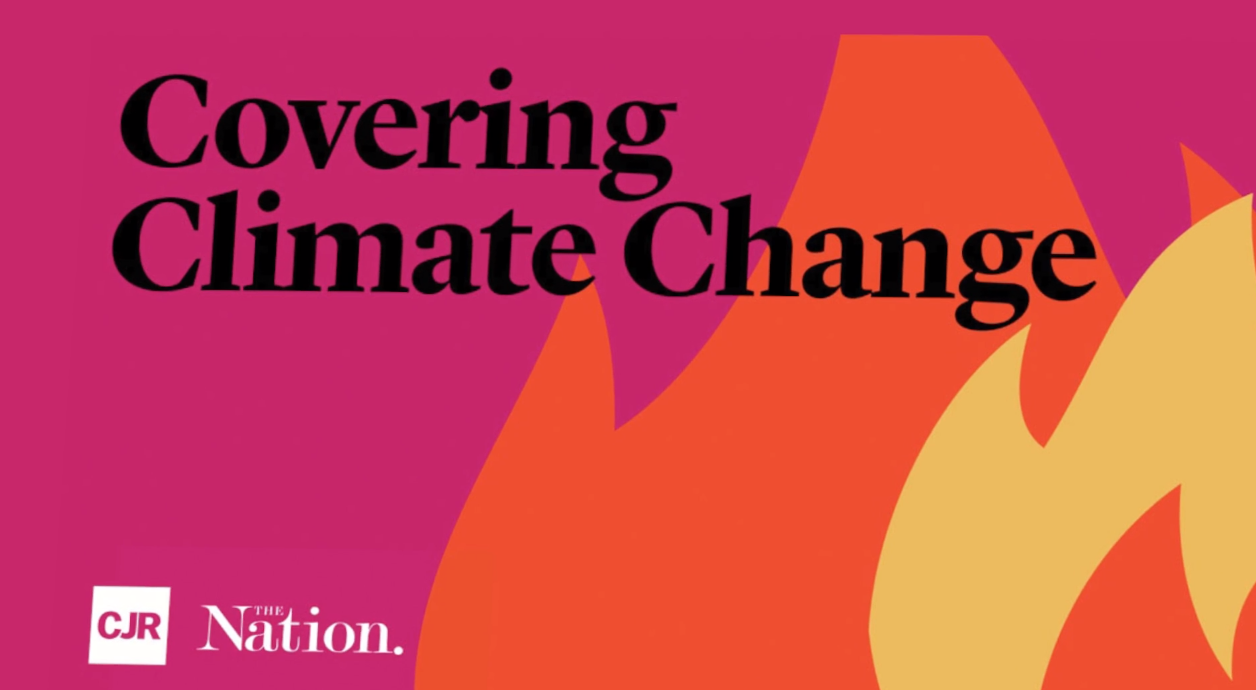 Objectivity and truth-telling are no longer the most “sacred” responsibilities of the news media, at least according to the far-left The Nation magazine. It’s now … climate change.

“We see Covering Climate Now as a fulfillment of journalism’s most sacred responsibilities, which are to inform people and foster constructive debate about common challenges and opportunities,” The Nation wrote on Aug. 28.

The Nation, Columbia Journalism Review (CJR) and The Guardian spearheaded The Covering Climate Now project. On Aug. 28, they announced that 170 news outlets around the world signed on to the agenda-driven effort. They bragged that biased journalism will be delivered to a combined audience of hundreds of millions of people.

Audiences can expect to be bombarded by climate alarmism the week of Sept. 16-23, since all the participating outlets agreed to focus on climate that week — just ahead of the UN Intergovernmental Panel on Climate Change summit in New York.

Although some aren’t waiting. CBS has already been celebrating the arrival of 16-year-old “climate warrior” Greta Thunberg and promoting her journey by low-emissions yacht, while ignoring the fact that people have to fly to NY to retrieve the boat.

“All that’s required is for each outlet to make a good-faith effort to increase the amount and the visibility of its climate coverage—to make it clear to their audiences that climate change is not just one more story but the overriding story of our time,” The Nation said.

It’s designed to “give the climate story the attention and prominence that scientists have long said it demands so that the public and policy-makers can make wise choices.”

The list of participating media was predictable because its already proven to be biased on the issue or because of connections. CJR is a part of Columbia University, which has received more than $9 million from left-wing billionaire George Soros. Soros also has connections to the Columbia Journalism School dean, Steve Coll. Coll also wrote a book attacking ExxonMobil.

Then there’s Bloomberg media which is owned by liberal billionaire Michael Bloomberg who has spent hundreds of millions of dollars to help the Sierra Club close down coal plants. In 2019, he reannounced his intention to spend $500 million more to eradicate coal and then target natural gas.

Newsweek was attacking “global warming deniers” as far as back as 2007, back when it had a print edition. In 2015, an InsideClimate News investigation boosted a liberal attorney general’s effort to investigate ExxonMobil over its climate views.

The Covering Climate now project launched in April 2019, when The Nation, CJR and The Guardian co-hosted an event to discuss how journalists ought to cover climate change. It included far-left voices including anti-fossil fuels and anti-capitalist author Naomi Klein.