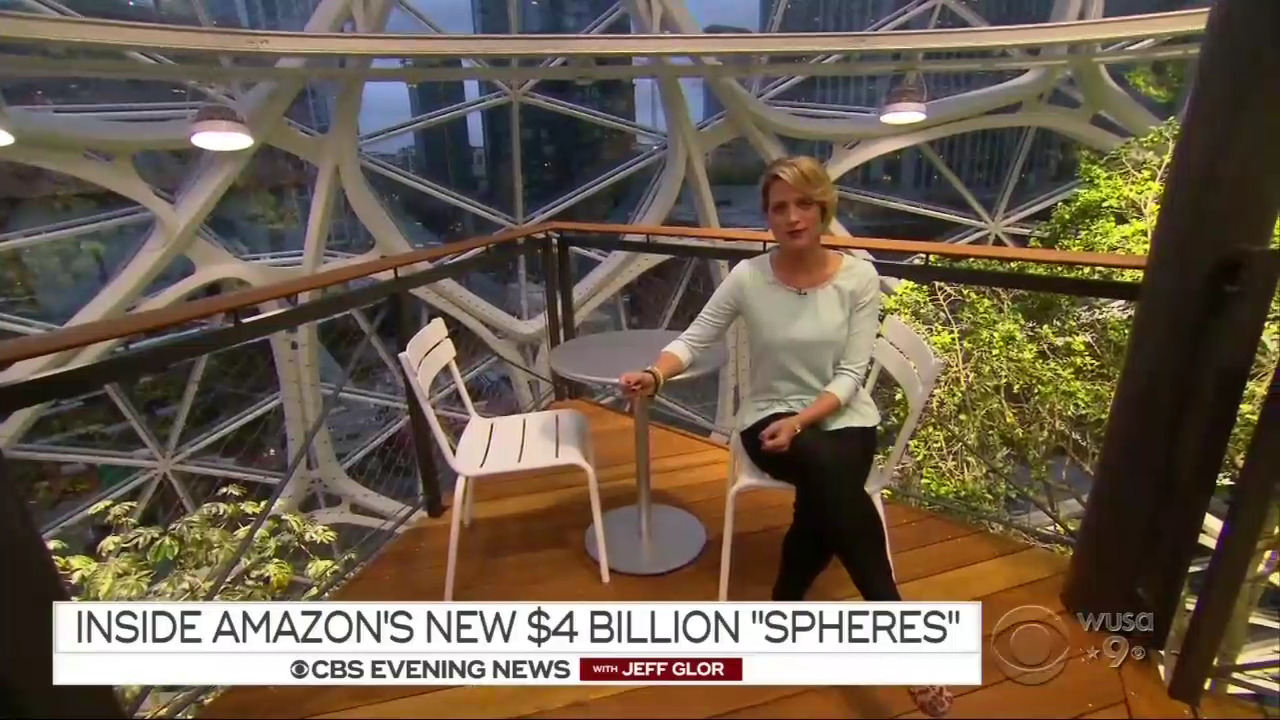 Since the campaign trail, President Donald Trump has made an economic turnaround and prosperity a top priority. But the network news media have not made covering economic news one of theirs.

On Jan. 26, the government announced the latest figures for U.S. economic growth (GDP). CBS Evening News failed to report the 2.6 fourth-quarter rate of growth — but spent 1 minute 52 seconds gawking at the “Spheres” offices in downtown Seattle and interviewing its designer. The giant spheres amount to indoor rainforests for relaxation and work space. Those offices have a capacity of about 1,000 people. Slightly fewer than the 327 million people directly impacted by the U.S. economy.

Fourth quarter growth of 2.6 percent was “good” news, even though it was below expectations. In the same announcement, the Bureau of Economic Analysis said the annual rate of growth for 2017 was 2.3 percent. The next two BEA announcements may include revisions to those growth rates. 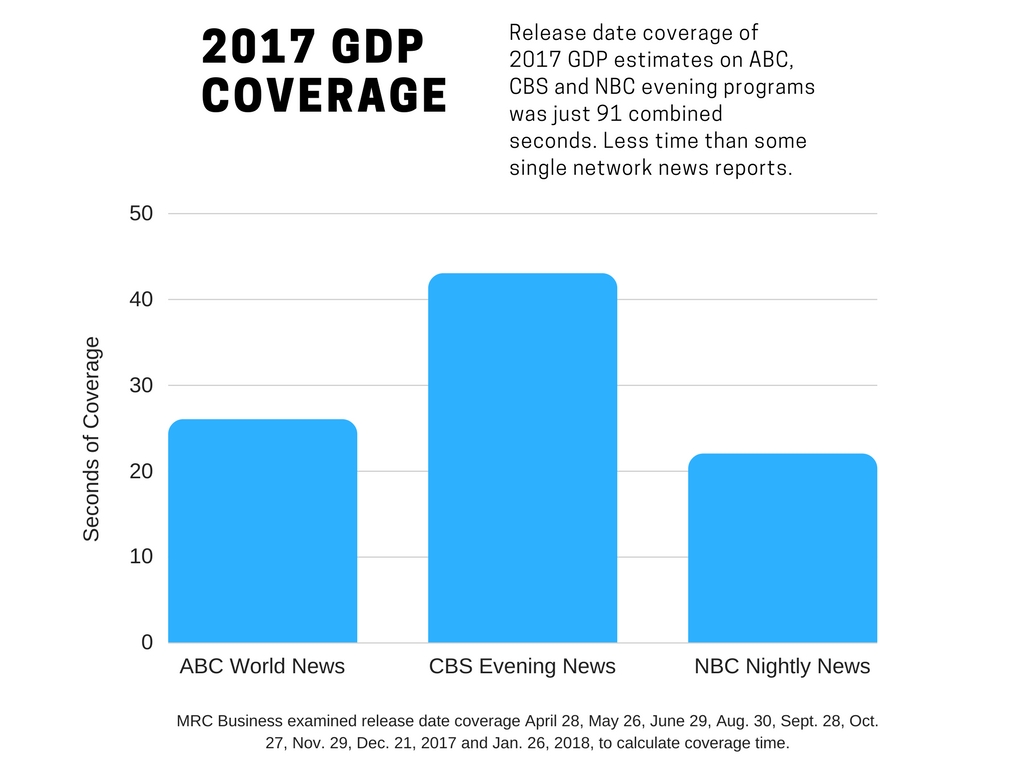 BEA announcements of economic growth were frequently ignored by all three broadcasts. There was zero time spent on growth estimates on May 26, June 29, Aug. 30, Sept. 28, Oct. 27 and Nov. 29, 2017 — and some of those were upward revisions to previously reported figures.

For example, Evening News covered the 2.6 percent initial estimate of Q2 growth on July 28. But did not cover the revisions in August or September, even though the final reading in September was 3.1 percent.

The networks have ignored many good economic stories and downplayed others since Donald Trump became president. In addition to GDP reports, many stock market record highs went unreported. Company decisions to raise wages and hand out bonuses because of the tax cuts recently passed and signed into law by the GOP majority were also minimized by ABC, CBS and NBC evening shows.