CNN attempted to fool Americans into believing the reason the U.S. economy isn’t officially considered in a recession is because eight “white economists” didn’t say so. Confusingly, CNN also wrote that if leading economists do end up declaring the U.S. to be in recession, it’s also because those economists aren’t racially sensitive. 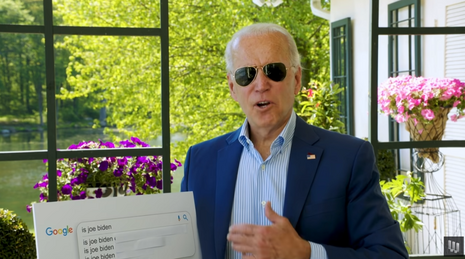 CNN senior markets reporter Nicole Goodkind published a story with an insane, racist headline: “Who decides if the US is in a recession? Eight White economists you've never heard of.”

What does race have to do with anything? Goodkind complained liberal economists like Moody’s Analytics Chief Economist Mark Zandi and investors like JP Morgan Chase CEO Jamie Dimon could warn about an impending recession “until they're blue in the face, but their guidance will remain just that — an economic forecast.” Then came the kicker: “That's because, in the United States, the economy isn't broadly and officially considered to be in a recession until a relatively unknown group of eight economists says so.”

Goodkind wagged her finger at random economists who compose the Business Cycle Dating Committee (BCDC) under the National Bureau of Economic Research (NBER). Then, in some wild twist of reason, Goodkind inserted race as a cause for why the BCDC economists haven’t yet classified the U.S. as being in a recession: “There is a clear lack of racial diversity amongst the eight members, and NBER has never had a member who has been a racial minority.” Ah, so any eventual statements by the BCDC to the effect that the U.S. is in a recession are racist, according to CNN’s logic.

Goodkind said that while two consecutive negative quarters of gross domestic product growth constitute the common definition of a recession, “there's no steadfast rule governing what defines a recession in the United States.”

Goodkind complained about how the BCDC determines the U.S. is in recession: "[The BCDC] also takes its time in defining when a recession begins and ends, making sure to look at data on a broad timeline. The designations often come retroactively — which means the US could currently be in the middle of a recession without anyone officially recognizing it until after the fact." But Goodkind talked out of both sides of her mouth. She made it apparent that the reason why the BCDC doesn’t consider the U.S. officially in a recession yet is because it isn’t racially diverse. In effect, Goodkind argued that when the BCDC finally proclaims the U.S. is in a recession, it's because it’s racist. If the BCDC doesn’t proclaim the U.S. is in a recession, it’s also because it’s racist. She even praised Biden as some kind of crusader for advocating more racially "diverse thinking" in economic analysis, as if identity politics had anything to do with anything.

“In recent years there has been a push by policymakers and the Biden administration to include more diverse thinking in economic analysis,” Goodkind wrote.

Goodkind whined that “critics have said the NBER's recession and expansion determinations fail to consider the economic state of many underrepresented Americans.”

Do Biden’s dismissals of recession fears consider “the economic state of many underrepresented Americans?” No, but Goodkind didn’t bother pointing that out.

Conservatives are under attack. Contact CNN at 404-827-1500 and demand the outlet quit trying to pass the buck away from the Biden administration’s gaslighting on recession.