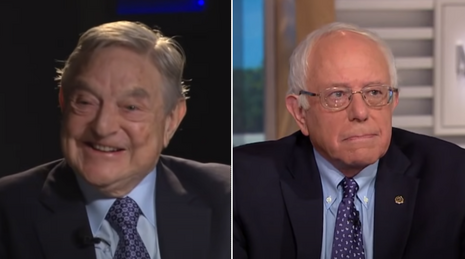 The New York Times reported that in “a moment of political turmoil, economic change and a pandemic-driven focus on how we work, labor has become a hot news beat.” Specifically, “[t]he new brand of labor journalism runs the gamut from conventional newspaper reporting to outright advocacy.”

The “most ambitious” of the new entrants into this news beat is a video-centric outlet called a More Perfect Union, led in part by socialist Sen. Bernie Sanders’ (I-VT) former presidential campaign manager and former National Political Director for the ACLU Faiz Shakir. But here’s the kicker: Shakir’s outlet has received “backing from George Soros’s Open Society Foundation,” according to The Times.

The Times illustrated just how far left the video-centric publication is:

On Sunday, More Perfect Union is starting a new stream of videos aimed at providing a left-wing answer to PragerU, a YouTube titan of right-wing ideology. The project, called Classroom (get it?), is aimed at building 'the Op-Ed page, or the argument, for why the values that we hold are right,' Mr. Shakir said. The first video is a punchy, animated case for universal child care.

One member of the More Perfect Union editorial team is none other than the anti-Israel activist Max Berger, who once served as Sen. Elizabeth Warren’s (D-MA) “Director for Progressive Partnerships” during her 2020 presidential campaign. Canary Mission reported that Berger “was arrested with fellow IfNotNow (INN ) activists for occupying and refusing to leave the lobby of the Conference of Presidents of Major American Jewish Organizations (Conference of Presidents) building in New York City.”