A new poll revealed that American voters are rejecting the false narrative that the spending-obsessed President Joe Biden’s $1.2 trillion infrastructure package has much to do with infrastructure. 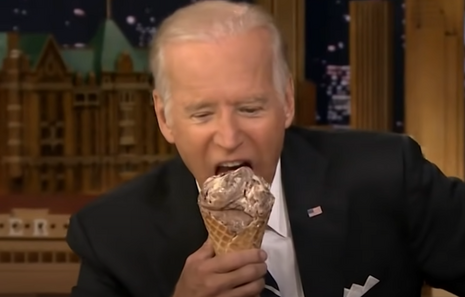 Rasmussen Reports released a new survey showing that “[a] majority of voters agree with a Republican senator’s denunciation of the $1.2 trillion infrastructure package” that was passed August 10. The survey of 1,000 U.S. likely voters found that “51% of Likely U.S. Voters agree with Louisiana Sen. John Kennedy’s [R] statement” that the so-called infrastructure bill is not a “real infrastructure” bill. Kennedy’s statement, which the majority of voters surveyed by Rasmussen resonated with, ripped apart the bill as an eco-extremist and leftist wish list: “‘They told us it was a real infrastructure bill. It’s not. Only 23% of the bill is real infrastructure. The rest is Green New Deal and welfare. They told us the bill was paid for. It isn’t. We’re going to have to borrow maybe up to $400 billion to pay for it.’”

Rasmussen’s findings fly right in the face of the liberal media’s ongoing attempts to champion Biden’s infrastructure bill as an economic success story in the making. A majority of Americans aren’t buying it.

The road to this deal has been bumpy, but President Biden said the bipartisan plan unveiled today will create millions of new jobs and help rebuild broken relationships.

CNN Senior Political Analyst John Avlon had the audacity to compare Biden’s economic monstrosity as a bipartisan success story comparable to that of late former President Ronald Reagan during the Aug. 11 edition of CNN Newsroom:

Well, I don't think any Democratic president has had a more impactful first year legislatively since LBJ. In terms of any president, I think you've got to go back to Reagan's first year where he was able to pass with bipartisan margins, a budget plan that changed the trajectory of American politics in fundamental ways.

MSNBC host Ali Velshi attempted in April to redefine the meaning of the word “infrastructure” to prop up Biden’s expansive definition to include left-wing pet projects: