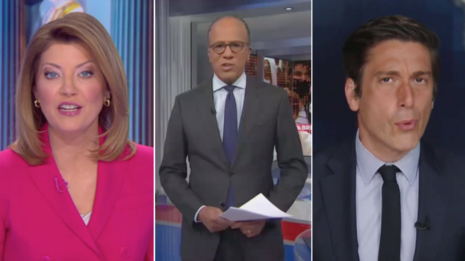 The report summarized that “[t]he proposal’s tax increases on corporations are among the most harmful options to pay for the increased spending.” The report continued: “While the President’s plan emphasizes making goods in America, the tax increases will raise the cost of production in the U.S, erode American competitiveness, and slow our economic recovery.”

The Big Three have been true to form by protecting Biden from news coverage that could hinder his economic agenda.

Biden has planned to hike the federal corporate tax rate from “21 percent to 28 percent and tighten inversion regulations.” The Tax Foundation tweeted March 17 that “[t]he corporate income tax is the most harmful tax for economic growth.” But the Tax Foundation highlighted a number of other key facts that undercut the radical thinking behind Biden’s plans to hike taxes, which the Big Three didn’t consider worth bringing up. The following conclusions from the Tax Foundation were especially revealing: