The hypocrisy of mega-rich celebrities calling for reparations for slavery is astonishing. 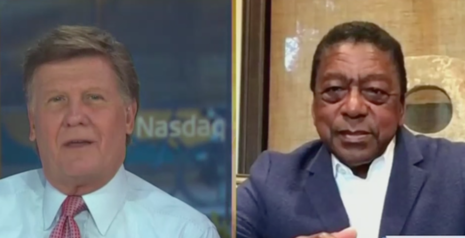 Black Entertainment Television Founder Robert Johnson, as summarized by CNBC, said that the “U.S. government should provide $14 trillion of reparations for slavery to help reduce racial inequality.” He’s currently worth an estimated $550 million.

I have decided that it's time for this country to face up to the critical question that has plagued this nation since its founding, and that is the need for full and complete reparations to African-American descendants of slaves who are still today living in a chasm of wealth and income inequality.

According to CNBC’s summary of the segment, “Calling reparations the ‘affirmative action program of all time,’ Johnson said they would send the signal that white Americans acknowledge ‘damages that are owed’ for the unequal playing field created by slavery and the decades since with a ‘wealth transfer to white Americans away from African Americans.’”

Later in the segment, Johnson said that “‘Wealth transfer is what’s needed,’” according to CNBC. Johnson continued: “‘Think about this. Since 200-plus-years or so of slavery, labor taken with no compensation, is a wealth transfer. Denial of access to education, which is a primary driver of accumulation of income and wealth, is a wealth transfer.’”

Reparations advocates make the unchallenged pronouncement that [the] United States became rich on the backs of free black labor. That's utter nonsense. While some slave owners became rich, slavery doesn't have a good record of producing wealth. Slavery existed in the southern states and outlawed in most of the northern states. Buying into the reparations argument suggests that the antebellum South was rich and the slave-starved North was poor. The truth is just the opposite. In fact, the poorest states and regions of our country were places where slavery flourished: Mississippi, Alabama and Georgia. And the richest states and regions were those where slavery was absent: Pennsylvania, New York and Massachusetts.

As of 2014, U.S. taxpayers have spent $22 trillion on Lyndon Johnson's War on Poverty (in constant 2012 dollars). Adjusting for inflation, that's three times more than was spent on all military wars since the American Revolution. If money alone were the answer, the many issues facing a large segment of the black community would have been solved.