It is interesting to see liberal outlets like CNN singing the praises of nonprofit news outlets like ProPublica and Texas Tribune, particularly because these entities happen to have been funded almost exclusively by some of the biggest liberal organizations, including organizations from George Soros’ Open Society Network. 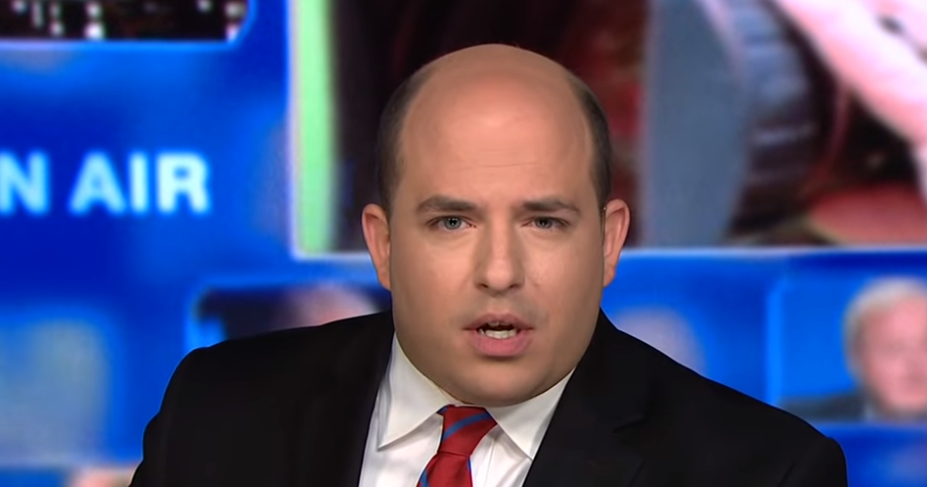 CNN’s left-wing anchor Brian Stelter drooled Oct. 15, that liberal ProPublica is “thought to be the gold standard of nonprofit investigative journalism” and that the Texas Tribune is “a model for nonprofit news startups.” He noted that both organizations were “coming together to launch a co-branded investigative reporting unit. And they are hiring eleven people to do it.” Typical of Stelter’s style -- promoting liberal propaganda without qualification -- he left out that both organizations have been heavily funded by major liberal organizations over the years.

Instead, Stelter left us with the sensationalized sentiments of Texas Tribune CEO Evan Smith:

“We know Texas better than anyone. ProPublica knows investigative journalism better than anybody. In the commercial jingle, candy sense, this is two great tastes that taste great together."

It may be, though, that this collaboration would only “taste great” to liberals, and the liberal organizations that fund them.

Below are some of the major liberal organizations that have either contributed to ProPublica and Texas Tribune between 2009-2019.

Collectively, the organizations listed above have given at least $24,747,321 to ProPublica alone between 2009-2017, according to data taken from Foundation Directory Online. 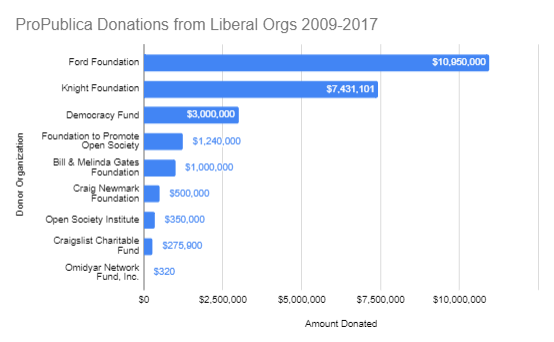 Texas Tribune received $5,151,439 between 2009-2019 collectively from the Bill & Melinda Gates Foundation, Knight Foundation and Soros’ Foundation to Promote Open Society, according to financial information revealed on their website. 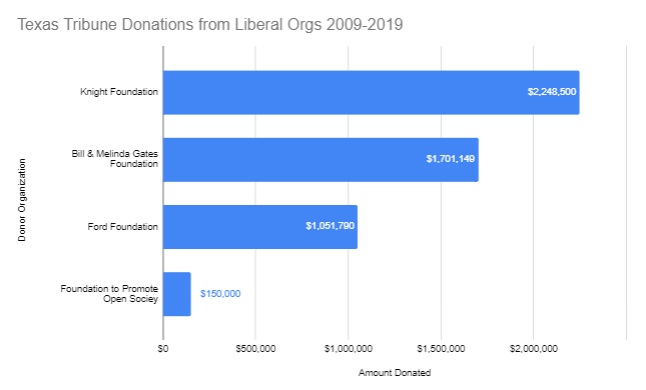 These organizations aren’t new to funding liberal journalism and left-wing causes. Soros spent a whopping $48 million between 2003-2011 “funding media properties, including the infrastructure of news – journalism schools, investigative journalism and even industry organizations,” according to Fox News May 18, 2011.

Others, like the Knight Foundation, the Bill & Melinda Gates Foundation, Omidyar Network/Democracy Fund, Newmark’s Craigslist Charitable Fund/Craig Newmark Foundation and the Ford Foundation all have donated millions to left-wing causes (including journalism) in the past. Knight Foundation’s current president Alberto Ibargüen, also previously served for a number of years on ProPublica’s Board of Directors since its 2007 launch.

ProPublica has an extensive history of liberal bias. In 2012, it helped build the IRS case against conservative groups in 2012 by releasing reports on more than 14 conservative organizations like Americans for Prosperity and the Republican Jewish Coalition. The Texas Tribune has also been tagged for liberal bias. The Tribune also failed to report on significant setbacks for former Democratic candidate for Texas governor Wendy Davis in 2014 when it was revealed that her campaign would not be a top target for campaign spending by the Democratic Governors Association.

Unbiased, contextual reporting is everything, unless you’re Brian Stelter.