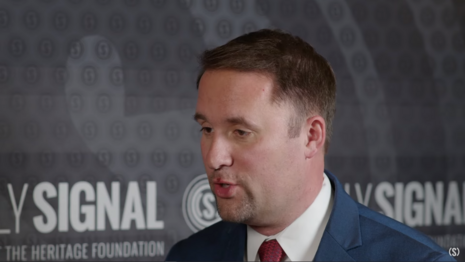 Woke Commonwealth’s Attorney for Loudoun County, Va., Buta Biberaj, received at least $922,535 through two Soros-connected groups from 2018 to 2021, according to The Virginia Public Access Project.

Biberaj was exposed in 2020 as a member of a Facebook group that planned to threaten parents in her community who opposed the teaching of critical race theory in schools, according to Fox News’s Baltimore affiliate.

Plowman revoked Biberaj’s prosecutorial privileges after she “deliberately” misled the court for a plea deal. "She may be telling me to stay in [my] lane, but when far-left prosecutors veer to the lane where they don’t listen to victims, they care more about criminals and our communities are getting less safe,” Miyares said. “The lane I care about are safe kids, safe communities and actually listening to the what the victims are [saying].”

Biberaj was apparently not happy with Miyares’ sentiments and fired back at the attorney general in a June 14 press conference:

“This is a specific message to Attorney General Miyares — stay in your lane. Your lane is Richmond. Your lane is being the attorney general for Virginia. You are not the elected commonwealth attorney and definitely not for Loudoun County. Since his election, he has been wanting to undermine the good work that we do as progressive prosecutors."

"The Commonwealth is deliberately misleading the Court, and the public, in an effort to ‘sell’ the plea agreement for some reason that has yet to be explained," Plowman wrote in a June 9 order removing Biberaj from the case.

Biberaj is the same prosecutor who pushed to jail a father who said his daughter was raped in a Loudoun County bathroom during a highly publicized June 2021 school board meeting. Police tackled the father, leaving him bruised and bloodied.

But Biberaj wasn’t the only woke, Soros-funded prosecutor facing a firestorm in the press, Miyares explained. "You saw in California, voters revolted on this criminal-first, victim-last mindset when they recalled their DA,” he said. “They may recall the LA DA. You’re seeing this all in Virginia last year. You had a lot of criminal-first, victim-last policies that led to a crime explosion, and so voters are tired of it.”

The Loudoun County commonwealth’s attorney’s office did not respond to a request for comment from MRC Business.