Fox News peeled back the curtain of President Joe Biden's administration and revealed how a shadowy organization heavily funded by liberal billionaire George Soros is working behind the scenes to advance a progressive agenda. 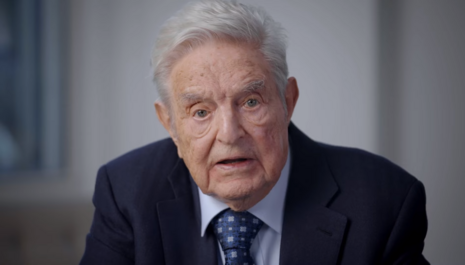 An MRC Free Speech search through Soros’s Open Society Foundations (OSF) grant database dredged up more dirt on GFI. Soros sent at least $12,980,000 to GFI and its affiliated action fund — Governing for Impact Action Fund — between 2019 and 2020. GFI’s website was difficult to find on the internet.

A Google search did not reveal the site, but Schoffstall found the web address for GFI: “governingforimpact.org.”

The group also explained that “Many of the proposals on this site focus on how the new administration could unwind the previous administration’s harmful regulatory legacy.” One proposal was headlined “Repealing the Anti-Trans Single-Sex Shelter Rule” and criticized former President Donald Trump for a proposed rule to honor “‘biological sex’ rather than gender identity.” GFI claimed that Trump’s rule “exposes [transgender individuals] to abuse and potential violence, and requires many to closet or misgender themselves.”

Thayer called out the left’s blatant hypocrisy. “‘The Left and the mainstream media love to complain when conservatives use ‘dark money’ but remain silent about the much larger dark money habit that their own side has developed over the years,” he told MRC Business.”

Even The New York Times has recently acknowledged that the Left uses far more ‘dark money’ than Conservatives, but activists, journalists, and politicians on the Left continue to cast stones from the balcony of a glass mansion.”

GFI’s website prominently displayed over 30 legal strategy memos aimed at advancing a variety of leftist causes, including education, environment, health care, housing, and labor. Some memos listed partnerships with separate organizations such as the Economic Policy Institute, another Soros-funded group.