The left-wing orthodoxy has spoken: Podcast host Joe Rogan must be banished from society. Rolling Stone slammed Rogan and clinical psychologist and University of Toronto professor emeritus Dr. Jordan Peterson in a self-righteous hit piece. Rogan and Peterson’s crime? Having the nerve to discuss climate change. 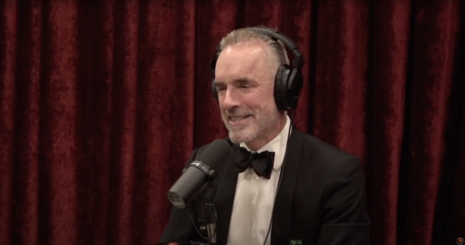 Rolling Stone contributing writer Jack Crosbie, who also writes for the self-described “leftist politics and culture site” Discourse Blog, appeared to be especially outraged. In a Jan. 26 article headlined “Joe Rogan and Jordan Peterson Wax Idiotic on Climate Change and What It Means to Be Black,” Crosbie declared Rogan, a world-famous podcast host, and Peterson, a renowned clinical psychologist, “two of the dumbest people on earth.” The controversy stems from a conversation Rogan and Peterson had on The Joe Rogan Experience, posted Jan. 25 to Spotify.

To Crosbie, the “four-hour marathon conversation on The Joe Rogan Experience” was “stupid.” He griped, “Their topics were varied, but almost all of them were intensely stupid, if not incoherent.”

Crosbie’s first complaint: Peterson’s comments on climate change, the full context of which was omitted from the video embedded in Crosbie’s article. See the video that apparently distressed Crosby in fuller context below.

Peterson noted: “There is no such thing as climate. ‘Climate’ and ‘everything’ are the same word.” Rogan pushed Peterson to clarify, and he explained: “[T]hat’s what people who talk about the ‘climate apocalypse’ claim in some sense: ‘We have to change everything.’” Peterson continued, “And the same with the word ‘environment’ … it means so much that it actually doesn’t mean anything.”

Crosbie interpreted Peterson’s comments as “a theory on climate change loaded with circular arguments that all come back to the same point: It’s not real.”

That is unfair and untrue. Peterson never said in this interview that “climate change” was a hoax. If he did, Crosbie almost would have likely clipped Peterson saying that. Peterson instead criticized believers in “climate apocalypse” who think “the planet has too many people on it.” For Rolling Stone to arbitrarily cast Peterson’s comments as “intensely stupid” and “incoherent” is just babble wrapped in hyperbole.

In recent days, Rogan has become another target of cancellation by the far-left.

He stirred up the liberal hornet nest by interviewing doctors and medical experts who dared to challenge the left’s COVID-19 narrative. In response, Prince Harry, Duke of Sussex and his wife Meghan Markle, as well as CNN Senior Media Reporter Oliver Darcy, and others criticized Spotify and other tech platforms for not doing more to censor content with which they disagree.

Spotify has yet to deplatform Rogan, but the music streaming giant stated in a blog posted on Jan. 30 that it is “working to add a content advisory to any podcast episode that includes a discussion about COVID-19.”

Conservatives are under attack. Contact Rolling Stone at letters@rollingstone.com and demand the outlet distance itself from Crosbie’s hyperbole-laced drivel against Joe Rogan and Dr. Jordan Peterson.