Tech giant Apple is facing renewed criticism as protests in China have highlighted bad working conditions and Apple’s censorship support, according to NPR. 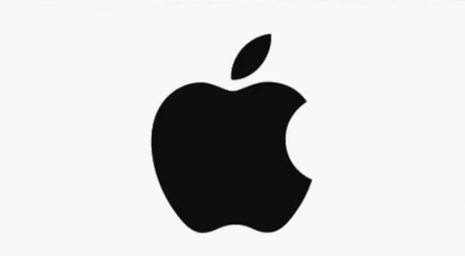 NPR international desk correspondent’s John Ruwitch reported from Apple’s California headquarters on the continuing criticism of the tech giant, including from a graduate student who recently did a multi-day hunger strike.

On the fifth day of his weeklong hunger strike, Wang Han explained his reasoning to Ruwitch. “Apple is colluding with the Chinese government to suppress our basic human right,” Wang said. “We are here to support the people in China for their courage.”

Ruwitch noted that after a recent anti-CCP protest on a Beijing bridge, Apple “made it harder to send files widely through AirDrop.” Apple pointed to a supposed “operating system update” to “prevent things like people sending naked photos to other passengers on airplanes,” but Wang doubted that excuse, according to his interview.

“So we think the - Apple had got some order from the Chinese government,” Wang explained. It wouldn’t be the first time a Western company took orders from the CCP. Ruwitch said Apple had not responded to NPR’s request for clarification.

The problem is bigger than AirDrop, Ruwitch reported. ”For years, Apple [has] kept tools that help people circumvent censorship in China off the App Store inside the country.”

Doug Guthrie, a former Apple employee in China, said Apple’s Chinese supply chains are “key” to the company’s profitability. “There's a deep partnership between companies like Apple and the Chinese government, and you got to do what they want,” Guthrie told NPR.

Wang wasn’t alone as he protested outside Apple’s headquarters. “Apple, Apple, shame on you,” other protestors shouted. And Zhou Fengsuo, a “human rights activist and former student leader” at Tiananmen decades ago, also spoke to NPR. “[The Chinese] are calling for freedom. But a U.S. company like Apple, the most profitable company in the world … they are aiding CCP in restricting this voice,” Zhou insisted.

But major changes need to come, all NPR’s interviewees agreed. “Apple is beholden to China,” as Guthrie put it.

People have accused the tech giant of inhumane working conditions in China and other authoritarian measures such as restricting the AirDrop function on Apple phones. Protestors have used that function to communicate and circumvent heavy online CCP censorship.

Zhou points to Wang’s hunger strike and youth activism as reasons for hope that conditions will improve. He says youth are “picking up the torch.”

Chinese workers recently protested working conditions at the factory where Apple’s iPhone is made, also protesting the CCP’s draconian COVID-19 restrictions. The CCP lifted COVID-19 restrictions in some areas, though it also reportedly harshly persecuted protestors in many cities.

Conservatives are under attack. Contact Apple HQ at 408-996-1010 and hold Tim Cook to account for pandering to Communist China.