After the 2012 campaign, liberal journalists swarmed around Republican Party chair Reince Priebus offering what was called an “autopsy” on every way Republicans failed, with a special emphasis on more outreach to minority voters. Democrats and their media enablers painted a picture of demographic doom for an aging white Republican base.

Surprise, surprise:  It's a development you didn’t find reported on the networks. 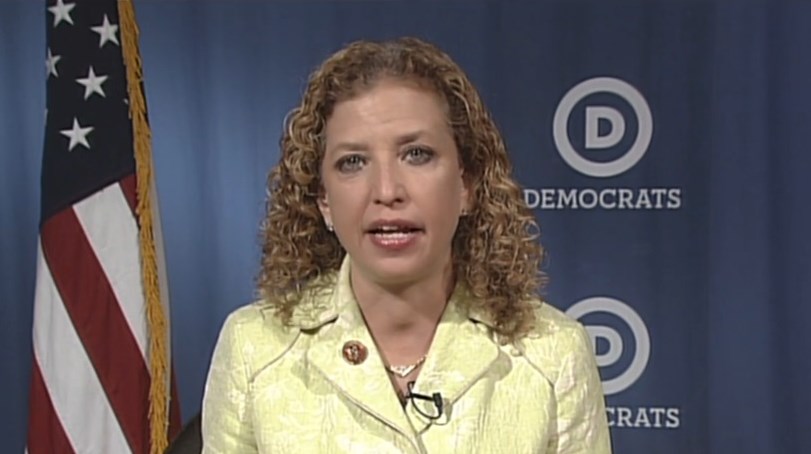 Meanwhile, Democrats will not only be in the minority in both houses of Congress, facing the largest GOP House majority since 1949. They will likely hold just 18 statehouses and both chambers in only 11 state legislatures.

Unlike Priebus, Democratic Party chair Debbie Wasserman Schultz admitted no need for an “autopsy,” but instead took to PBS and bizarrely argued Democrats didn’t really lose. “If you look at 2010 and the 2014 midterm elections, clearly, we know the voters support our agenda, that they consistently last Tuesday voted to increase the minimum wage, voted in a gun safety statewide initiative. They defeated personhood amendments.”

She's delusional or a serial liar. There ain't a third option.

PBS anchor Gwen Ifill didn’t point out that the four states that passed a minimum-wage hike – Alaska, Arkansas, Nebraska, and South Dakota –  all elected Republican senators, which would seem to contradict that weird “voters support our agenda” line. Ifill didn’t point out to the deluded Democrat that Planned Parenthood dumped millions of dollars to fight “anti-choice” Republicans in Colorado and North Carolina and failed badly.

Journalists just pass along the weird Democratic denials that they have any unpopular stands without comment or context. On NPR, Washington Post columnist E.J. Dionne reported Obama would issue an executive order on amnesty because he has a mandate...from the midterms?

“The president points out this is the lowest turnout since 1942. Nearly two-thirds of the public didn't vote. Most of those nonvoters were Democrats. A lot of them were young people and Latinos,” he explained. “And so what he's saying is folks are dispirited because nothing has happened.”

His Post colleague Chris Cillizza repeated that line in the newspaper: “Democrats — and Obama in particular — remain convinced that the 2014 elections proved nothing about how the country feels about Republicans.” Ordering amnesty will supposedly enrage and expose “elements within the Republican Party that its leaders have worked to keep quiet in recent months.”

These people cannot fathom -- just as they couldn't with Reagan -- that America wants a conservative agenda enacted. It's not just liberals, it's the moderates too. They are convinced conservatives are going to destroy the Republican Party, even when the GOP wins one victory after another when it champions conservative solutions.

So they bray that the new Republican majority will go too far to the right. They make that prediction every time there's hope for a conservative policy victory. Remember: their crystal balls said Ted Cruz’s Obamacare shutdown was going to destroy the GOP. They all said that. The result: A GOP landslide this year with nine new Republican senators who all pledged to repeal Obamacare.

Last year, MSNBC host Martin Bashir was suggesting Senator Cruz was the “David Koresh of the Republican Party,” burning the house down and killing everyone inside. How ridiculous do these media soothsayers look now?