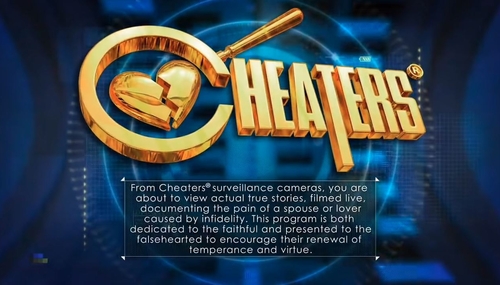 Former Biden administration official Symone Sanders debuted her eponymous MSNBC show on Saturday and, like most things with MSNBC (or CNN), the ratings were pitiful. Despite an interview with First Lady Jill Biden, Nielsen Media Research said her show drew only 361,000 viewers at 4:00 p.m. Eastern and only 29,000 in the key 25-54 demographic, pulling down the time slot by 26 percent year to… 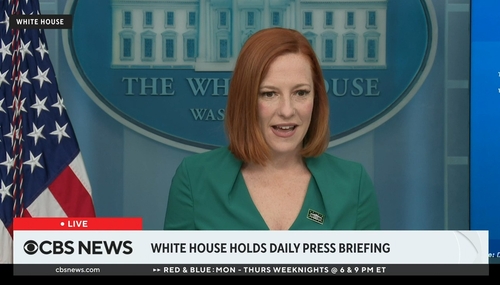 Axios media reporter Sara Fischer broke the news Friday morning that current White House Press Secretary Jen Psaki is set to resign from her position “around May” in order to join MSNBC as a guest on their “live programming” across “different shows” with a show on parent company Comcast’s streaming platform Peacock. 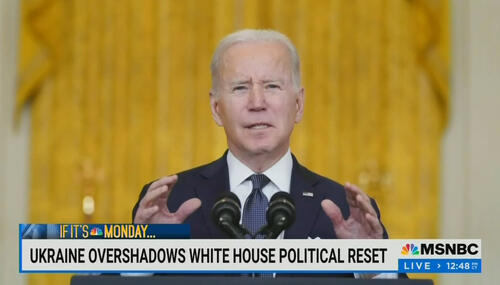 On MSNBC’s MTP Daily Monday afternoon, fill-in anchor Garrett Haake feared that Russia’s expected invasion of Ukraine “has thrown a big wrench in the political plans for Democrats here at home.” While complaining that the international crisis was interfering with Biden administration attempts to “reset their messaging heading into the midterms,” Haake sought optimistic spin from… 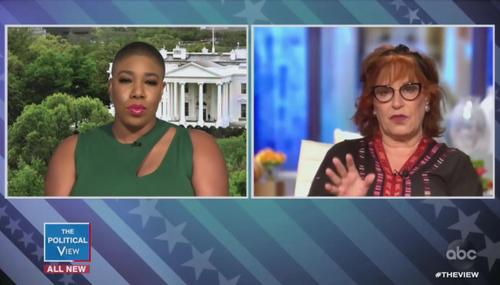 Joe Biden’s senior adviser Symone Sanders appeared on The View Wednesday and didn’t have to answer any questions that would put the Democrat presidential nominee in a negative light. The hosts didn’t ask her about Biden’s latest racist gaffe or his sexual assault allegation. Instead, The View hosts invited her to attack President Trump for using the Democrats’ “… 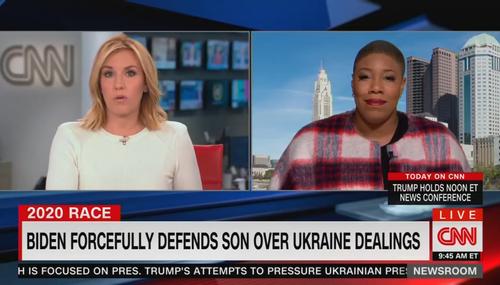 CNN Tip-Toes Around Biden Controversy in Interview With Top Aide

Alex Christy
October 16th, 2019 3:25 PM
Over the past three years CNN has branded itself as the network that is fearless in its drive to speak truth to power and that is unafraid to call an apple and apple and a banana a banana. Unless that power be a Democrat, then it as if they are walking on eggshells, as CNN Newsroom co-host Poppy Harlow illustrated on Wednesday as she interviewed Symone Sanders, press… 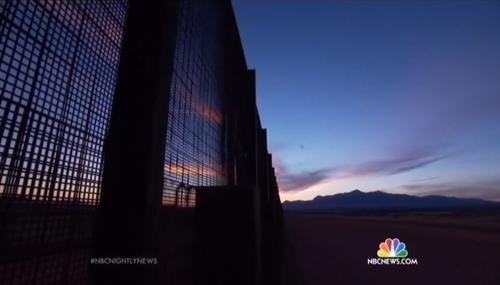 Jeffrey Lord
June 29th, 2019 4:00 PM
All kinds of Democrats said it, so why not their allies in the media? I’m speaking here of the media chorus that insisted — insisted —  that what President Trump, in an Oval Office address to the nation in January called a “humanitarian crisis” at the border — was in fact nothing more than a “manufactured crisis.” 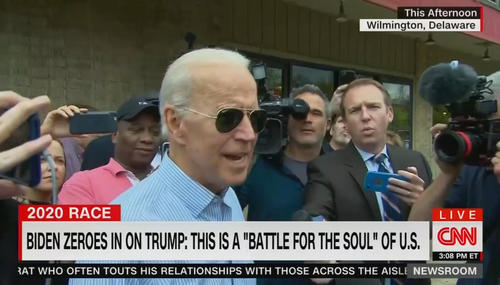 ‘The Aviators Are Back!’; CNN Revels in Biden’s Launch, Hiring Sanders

Curtis Houck
April 25th, 2019 5:46 PM
Though it wasn’t quite to the same level of obsession that we saw with Hillary Clinton, her Chipotle stop, and her Scooby Doo van, the liberal media were still enthralled Thursday with former Vice President Joe Biden finally launching his 2020 presidential bid. And CNN was there providing more than enough moments with a few coming in a segment on CNN Newsroom gushing about his aviators… 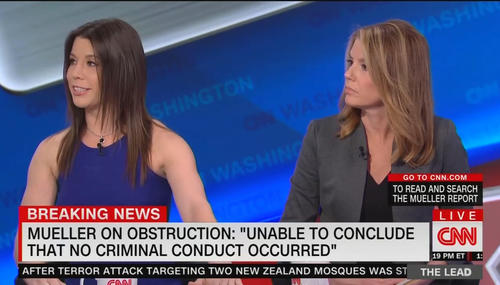 CNN: Ham Owns the Libs, But Sanders Says Trump Should Be Arrested

Curtis Houck
April 18th, 2019 10:02 PM
As those on Twitter have probably seen by now, CNN eventually started allowing conservatives on their airwaves by the late Thursday afternoon hours after the release of the Mueller report and Mary Katharine Ham didn’t waste the chance to own more than a few libs and their “operation in gaslighting” maintaining Trump’s guilt. And in contrast to Ham’s masterful… 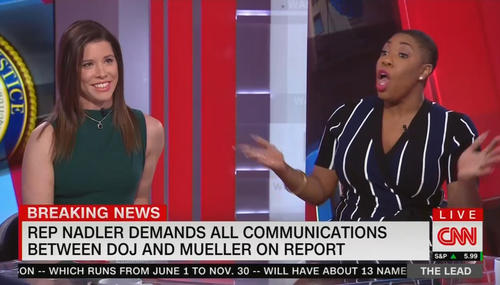 Curtis Houck
April 4th, 2019 6:31 PM
Despite the esoteric nature of anonymously-sourced reports about how “some” of “Mueller’s team” aren’t pleased with Attorney General Barr’s letters on the Mueller report, liberal media types have used the stories to imply Barr has been lying about the report’s findings on collusion and obstruction of justice. This nonsense shined brightly on… 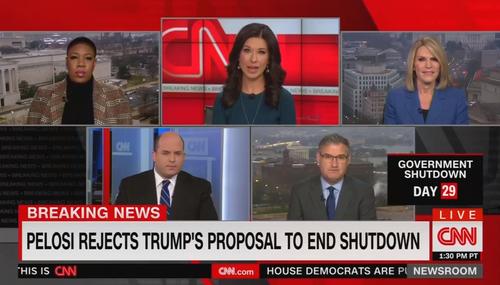 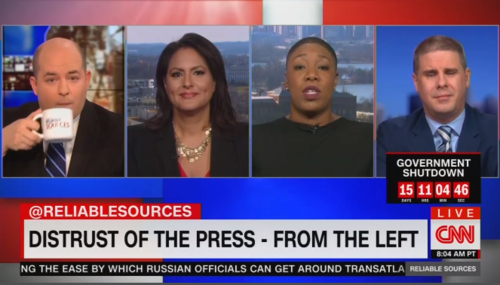 CNN Seeks to Improve Trust in the Media … Among Democrats

Nicholas Fondacaro
January 6th, 2019 4:36 PM
It’s a new year, so CNN media reporter Brian Stelter decided to dedicate a lot of Sunday’s Reliable Sources (the first episode of the year) to starting things off on the right foot by trying to improve the liberal media’s trust with the public. Unfortunately, he was only interested in improving it with only half the country. The left half to be precise. Throughout the program,… 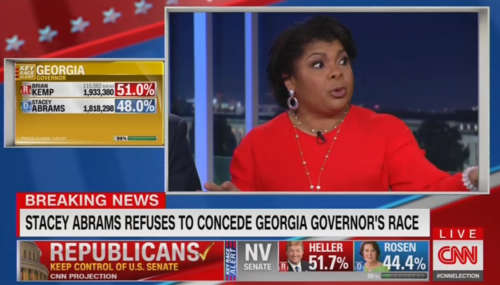 Nicholas Fondacaro
November 7th, 2018 3:21 AM
Despite the fact that Georgia Secretary of State Brian Kemp held a lead outside the threshold needed for a runoff, Democrats and the liberal media were not conceding the state’s gubernatorial election. During CNN’s Election Night in America in the wee hours of Wednesday morning, CNN political analyst April Ryan was in hysterics as she pushed conspiracies of voter suppression, even…