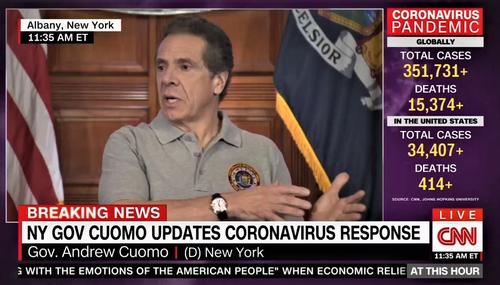 Tim Graham
March 25th, 2020 11:34 AM
The goo is spewing forth from The New York Times. Gov. Andrew Cuomo's coronavirus briefings -- "His briefings — articulate, consistent and often tinged with empathy — have become must-see television." They're described as "communal therapy sessions," as Cuomo finds "a poetic, almost sentimental streak amid the dark news." 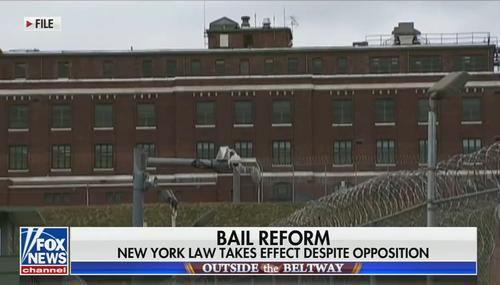 Clay Waters
February 14th, 2020 6:31 PM
The New York State Legislature banned bail for defendants charged with most misdemeanor and nonviolent offenses without giving judges any discretion, which has accompanied a spike in crime. Yet the New York Times has been shilling for the left-wing, soft-on-crime policy, despite the undeniable street violence that has already resulted. Now they’re accusing opponents of racism, the giveaway of a…

Clay Waters
October 28th, 2011 1:44 PM
The thrust of the New York Times’s coverage of the violence in Oakland begs the question: When even the left-wing magazine Mother Jones reports of police in Oakland being assaulted with eggs, glass, and vinegar, what is the “objective” Times excuse for virtually ignoring the protester violence? Yet Jesse McKinley and Malia Wollan’s report from the “Occupy Oakland” protests Friday focused not…

Ken Shepherd
August 3rd, 2011 4:31 PM
An arguably unconstitutional effort in San Francisco at regulating the speech of pro-life crisis pregnancy centers was portrayed by New York Times reporter Jesse McKinley as an effort to “stem… misleading advertising”: Seeking to stem what they call misleading advertising, San Francisco officials on Tuesday began a two-pronged attack on ‘crisis pregnancy centers,’ which are billed as…

Clay Waters
March 25th, 2009 4:00 PM
On Wednesday, the New York Times did its best to muddy the seemingly clear-cut case regarding the character of cop-killer Lovelle Mixon, who shot and killed two motorcycle officers at a routine traffic stop in Oakland, then shot and killed two SWAT sergeants while on the run, before being himself killed by police. The text box painted a mixed picture of the murderer of four officers: "A man who…