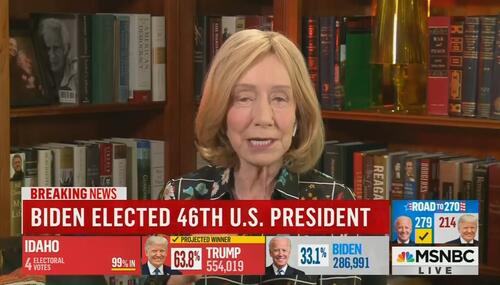 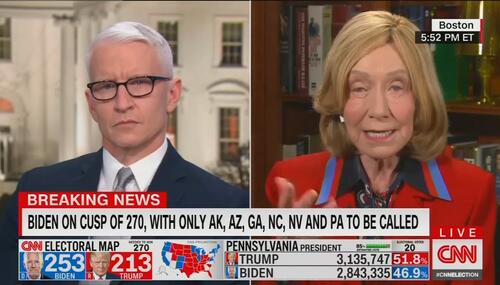 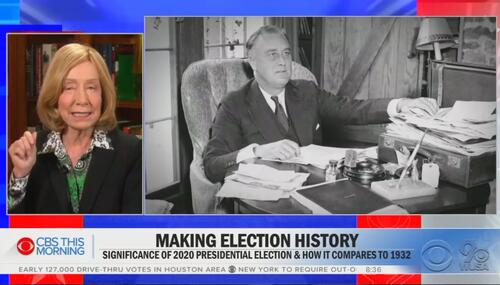 CBS This Morning hosts on Monday brought on liberal historian and media pundit Doris Kearns Goodwin to discuss what she and other journalists deeply hope for: That election day on Tuesday will be like 1932 and the landslide Democratic win of that year. 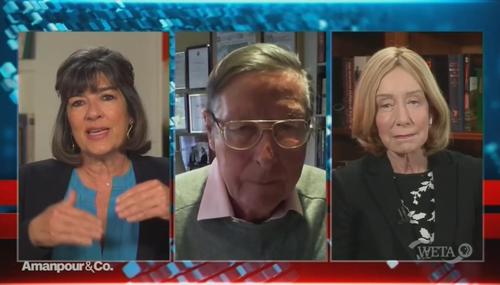 Brad Wilmouth
May 14th, 2020 5:30 PM
On Friday's Amanpour & Co. on PBS and CNN International, host Christiane Amanpour and former NBC presidential historian Doris Kearns Goodwin spoke favorably of higher taxes on the wealthy in the U.S. and the increased welfare state in Britain that came about post-World War II. 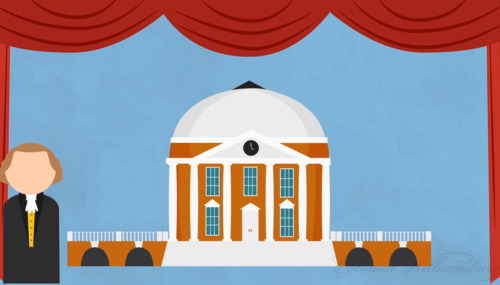 Whatever Happened to Teaching History?

Cal Thomas
November 14th, 2019 2:10 AM
According to a report by the National Assessment of Education Progress (NAEP), the teaching of U.S. history to American students lags behind all other subject matters. The latest NAEP survey finds that proficiency levels for fourth-, eighth- and 12th-grade students are in the 20, 18 and 12th percentile, respectively. Part of this, I suspect, is the way the subject is taught. History is boring to… 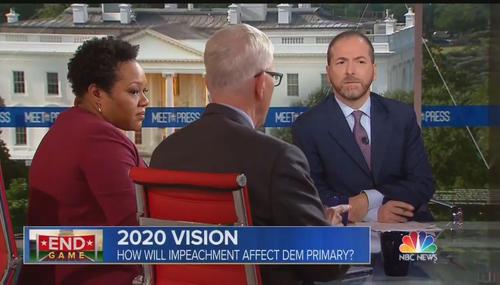 Ryan Foley
September 30th, 2019 4:55 PM
Near the end of Sunday’s Meet the Press, panelist Hugh Hewitt responded to a question by host Chuck Todd regarding whether or not the Ukraine scandal would hurt Democratic frontrunner Joe Biden. In his response, Hewitt stressed the importance of relying on “one standard” when it comes to surveilling Americans; arguing that if enough probable cause existed to use a FISA warrant… 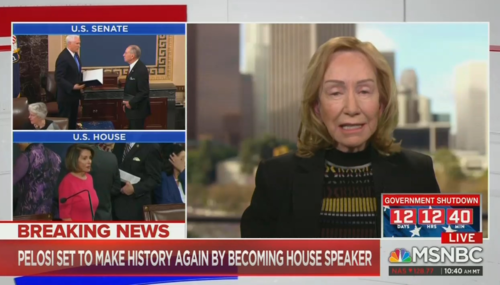 Kyle Drennen
January 3rd, 2019 4:42 PM
Appearing on MSNBC’s Andrea Mitchell Reports Thursday afternoon as Nancy Pelosi was reelected Speaker of the House, lefty historian Doris Kearns Goodwin hailed the Democratic leader as “the right person at the right time in the right place.” She went on to describe how “thrilling” it was to see Democrats regain control of the congressional chamber and bring “… 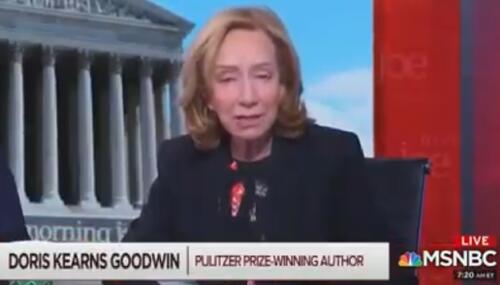 P.J. Gladnick
December 11th, 2018 1:09 PM
Historian Doris Kearns Goodwin was chock full of wishful thinking about President Donald Trump conveniently fulfilling the ongoing liberal fantasy about his exit from office on the December 11 Morning Joe. Goodwin's delusion involved a Trump so lacking in joy that he would look for an honorable way out of the Oval Office via resignation. 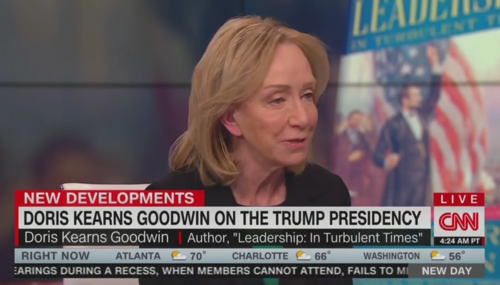 Kearns Goodwin: 'You Have to Give Trump that, He's Made a Connection'

Mark Finkelstein
October 16th, 2018 10:31 AM
Tuesday morning on CNN's New Day, liberal historian Doris Kearns Goodwin admits that President Trump has "made a connection" with his base, and that "he's made them feel that he's on their side." 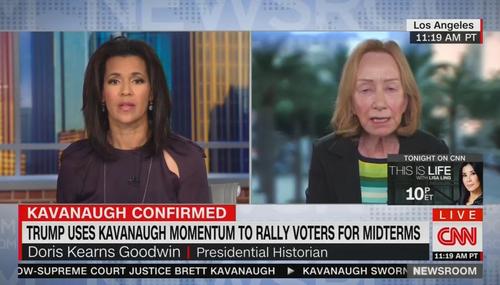 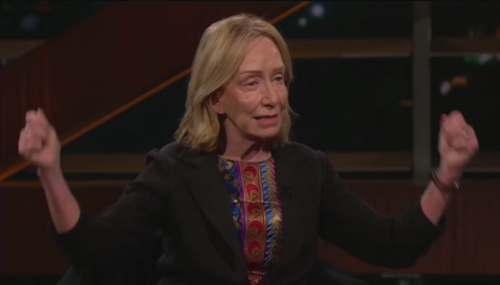 Goodwin Frets Kavanaugh Popular in South, 'Should Have Let Them Go'

Brad Wilmouth
October 5th, 2018 11:01 PM
Appearing as a guest on Friday's Real Time with Bill Maher on HBO, longtime NBC presidential historian Doris Kearns Goodwin cracked that maybe the U.S. should have let the South go as she and host Maher fretted over U.S. Supreme Court nominee Brett Kavanaugh's popularity in red states. She even invoked the infamous caning of abolitionist Massachusetts Senator Charles Sumner in 1856 that… 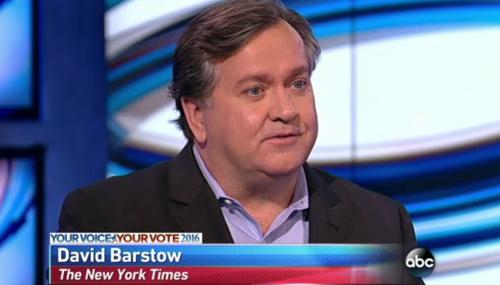 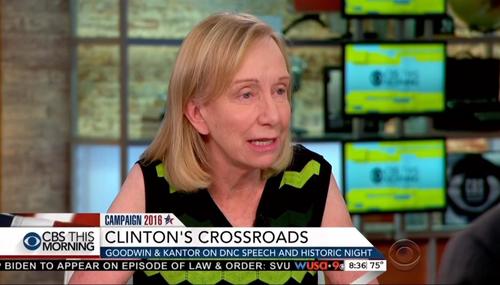 On CBS: Is Hillary the Most Qualified Ever? Fact Check True!

Geoffrey Dickens
July 29th, 2016 3:18 PM
Abraham Lincoln, Teddy Roosevelt and every other presidential candidate in history were pikers compared to Hillary Clinton when it comes to experience. That, at least, was the determination of historian Doris Kearns Goodwin when she appeared, on Friday’s CBS This Morning, for a panel discussion about the historic importance of Clinton’s nomination. This Morning co-…