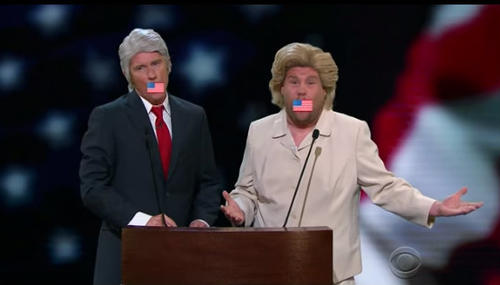 Culture
Maggie McKneely
August 4th, 2016 10:39 AM
Now that he’s is the official Republican nominee, the Trump bashing is soaring to new heights. On Wednesday night’s episode of The Late Late Show, host James Corden teamed up with comedian Denis Leary to sing a new song: “Trump’s An A*sshole.” 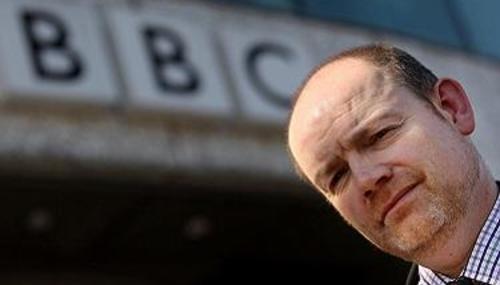 Ken Shepherd
November 19th, 2009 1:05 PM
As part of an ongoing retrospective of the the first decade of the 21st century, Newsweek has ginned up a boatload of top 10 lists and assigned some Hollywood celebrities and Washington politicians to pen brief blurbs to accompany some of the entries. One such list, the top 10 "History-Altering Decisions" of 2000-2009 has at least two such entries that are worthy of addressing here:…

Brent Baker
May 30th, 2009 2:21 AM
Displaying a caricature of a celebrity enraptured by President Barack Obama, although apparently quite serious in the underlining attitude he conveyed in an over the top manner, on Friday's Larry King Live actor Denis Leary (IMDb page) proclaimed: “I think that President Obama is the greatest President in the history of all of our Presidents and that he can do no wrong in my book.” Asked about…

Brent Baker
May 13th, 2009 2:55 AM
Four weeks after FX's Rescue Me featured a New York City firefighter telling a French journalist how the 9/11 terrorist attacks were part of “a massive neo-conservative government effort” to enable “American global domination,” Tuesday night's episode gave the French character “Genevieve,” interviewing firefighters for a book on 9/11 first-responders, a platform to rail against how the U.S.…

Brent Baker
February 14th, 2009 3:08 PM
“A coming episode of the acclaimed FX drama Rescue Me will tackle what may sound like a far-fetched plot line: that the attacks of Sept. 11 were an 'inside job,'” Brian Stelter reported in the New York Times, noting the ludicrous plot “may represent the first fictional presentation of 9/11 conspiracy theories by a mainstream media company (FX is operated by the News Corporation).” Actor Daniel…