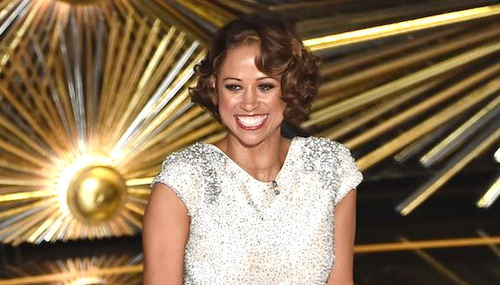 Randy Hall
February 29th, 2016 5:40 PM
Ever since it became obvious that no black actors were nominated to win a golden statue during the 88th Academy Awards ceremony on Sunday, the news networks and black entertainers hyped the controversy even though comedian Chris Rock was chosen to serve as master of ceremonies for the event. Nevertheless, one bizarre segment in the hours-long program appeared to address this issue, as Stacey… 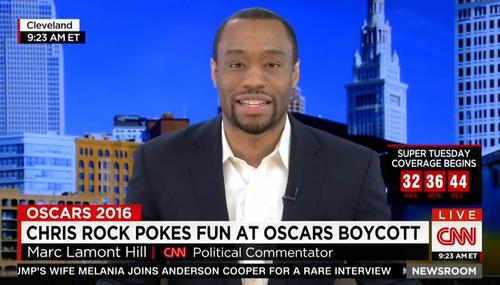 CNN's Hill: 'Bunch of Uncomfortable White People' 'Made Me So Happy'

Brad Wilmouth
February 29th, 2016 12:16 PM
Appearing as a guest on Monday's CNN Newsroom with Carol Costello to discuss Chris Rock's race-based monologue at the Oscars, after host Costello expressed that she "felt kind of sorry" for audience members who looked uncomfortable with the controversial jokes, liberal CNN political commentator Marc Lamont Hill provocatively referred to a "bunch of uncomfortable white people" in the audience as… 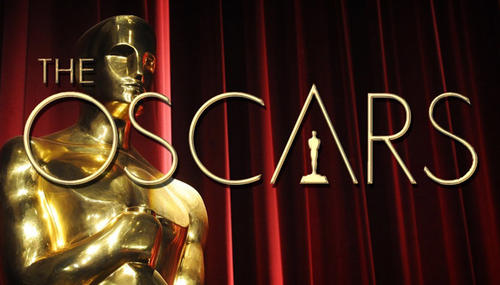 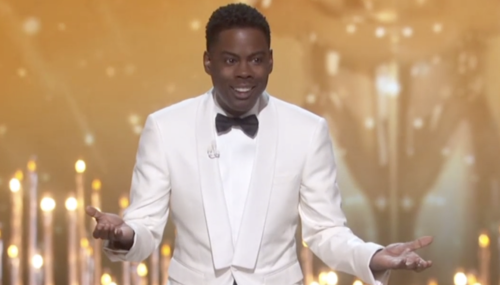 Culture
Alexa Moutevelis
February 28th, 2016 10:17 PM
Comedian Chris Rock was under a lot of pressure to "speak truth to power" in his second turn as host of the 88th Annual Academy Awards. The lack of black actors and actresses nominated has dominated Oscar coverage again this year, with pledges from Will and Jada Pinkett Smith and Spike Lee to boycott and the Academy to change the racial makeup of its members. Rock reportedly even rewrote his… 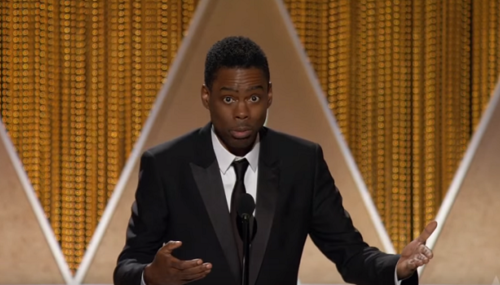 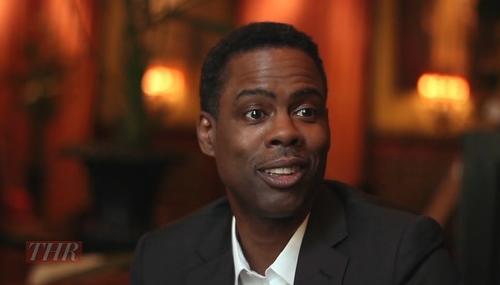 Melissa Mullins
December 8th, 2014 7:18 PM
Well, we know Chris Rock has a movie coming out next week.  He’s been making the rounds on different media outlets, talking about the issues of the day – recently talking race relations, the Ferguson verdict, even sharing his views about race in Hollywood in an article for the December 12 issue of The Hollywood Reporter. In what The Hollywood Reporter calls a “Blistering Essay on Hollywood's… 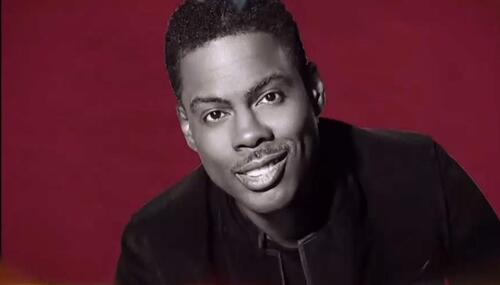 Chris Rock: Obama’s Still Had 'A Hall of Fame Career'

Tom Johnson
December 1st, 2014 2:47 PM
In an interview with New York magazine, the comedian-actor commented, “It’s not that Obama’s disappointing. It’s just his best album might have been his first album.” Rock also dealt with topics including huge improvements in American racial relations and his belief that “Ellen DeGeneres [is] the gay Rosa Parks.” 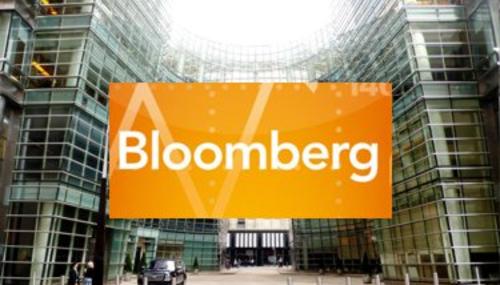 Noel Sheppard
June 14th, 2013 2:19 PM
As most Americans are painfully aware, the liberal media have already convicted George Zimmerman for killing Trayvon Martin even though the actual trial beyond the jury selection phase hasn’t yet begun. Count Chris Rock amongst them, for on the FX program that he is the executive producer of – Totally Biased starring W. Kamau Bell – Rock actually said, “George Zimmerman can eat a d—k!” (video… 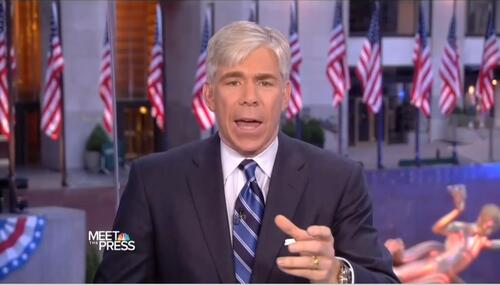 Noel Sheppard
November 5th, 2012 10:31 AM
On Friday night, ABC's Jimmy Kimmel gave Chris Rock an opportunity to appeal to white voters to support the President's re-election. During a pre-recorded video trying to prove how white the former junior senator from Illinois really is, Rock said, "Even Mitt Romney is blacker than Obama" (video follows with transcript and commentary): 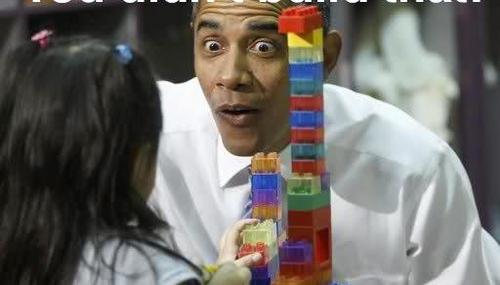 Tim Graham
August 7th, 2012 9:01 AM
Comedian Chris Rock was lovingly interviewed by Dave Itzkoff of the New York Times. “I haven’t done any dirty work in a while...I’m ready to curse. I’m ready to really, really be a bad boy. I’m ready to actually be Chris Rock.” When Itzkoff asked him about his sneering "Happy White People's Independence Day" tweet on July 4, he said it was no "big whoop," that if "you're a fan of mine, that… 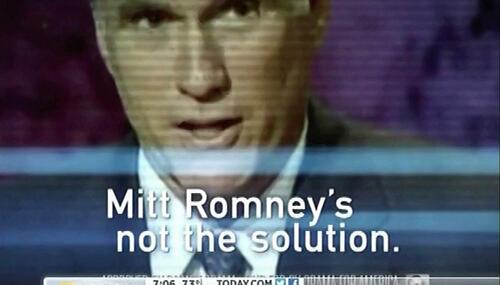 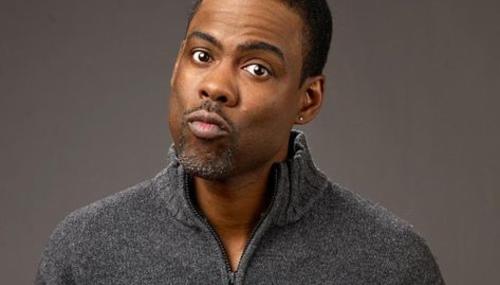 Tim Graham
July 4th, 2012 12:27 PM
Perhaps Chris Rock should consider following Alec Baldwin out the Twitter door after this sneering Fourth of July tweet at all his white fans (and patriotic people of every race):  "Happy white peoples independence day the slaves weren't free but I'm sure they enjoyed fireworks". This is the same guy that compared the Tea Party to bratty racist kids who act insane before they go to bed: 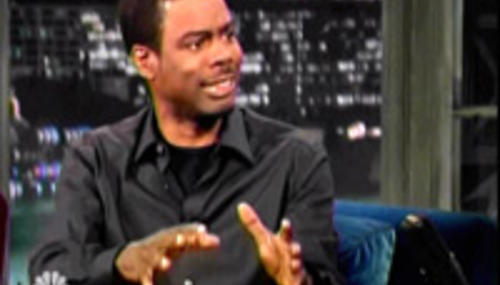 Brad Wilmouth
June 8th, 2012 7:41 AM
Appearing as a guest on Thursday's Late Night with Jimmy Fallon on NBC, comedian Chris Rock alluded to the Mormon Church's controversial history on race from several decades ago as he asserted that "Mitt Romney's crew" had "believed black people were the devil until 1978." Rock: 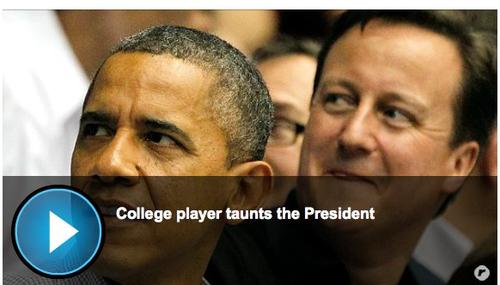 Matthew Sheffield
March 14th, 2012 7:10 PM
Count comedian Chris Rock as yet another liberal who can't bear to take not just criticism but even an innocent question about his beliefs. Under light questioning from conservative author Jason Mattera, Rock turned what was a regular friendly interaction with a fellow Brooklynite into a physical assault on a female camera operator when Mattera tried to get him to briefly explain remarks that…