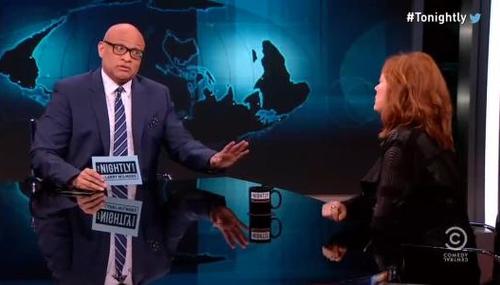 Lefty Squabble! Dems Haven’t Been ‘Progressive’ Since LBJ! No, FDR!

Geoffrey Dickens
April 23rd, 2016 3:00 PM
How crazy left does a president have to be, if Barack Obama isn’t considered “progressive?” According to Comedy Central host Larry Wilmore the United States hasn’t had a progressive president since Lyndon Johnson. That wasn’t good enough for his guest, actress Susan Sarandon, who insisted you had to reach all the way back to Franklin Delano Roosevelt. 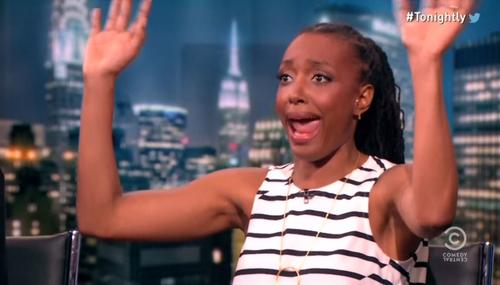 Nightly Show: Trump Supporters Want Him Only for His 'D**k'

Nicholas Fondacaro
April 20th, 2016 2:01 AM
Typically the nightly comedy shows train their sights on Donald Trump when they want to rip into him, but on Tuesday night The Nightly Show’s sights strayed to his supporters. “He does not have anything in common with the people that actually are supporting him. This is a dude who grew up in a country club and somehow he magically speaks monster truck,” stated Franchesca Ramsey when asked who the… 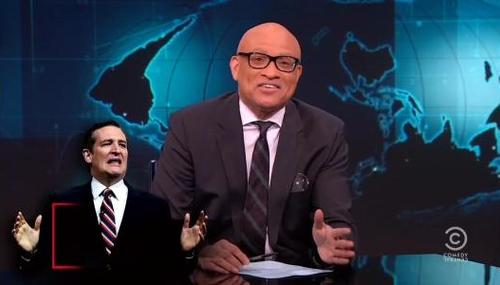 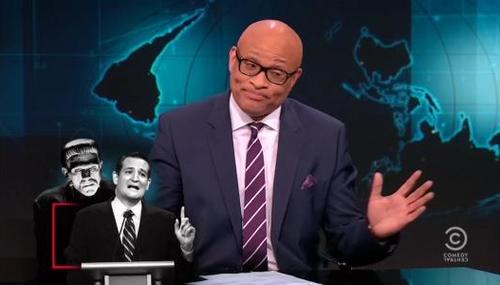 Larry Wilmore: Even Ted Cruz’s Parents Are Ashamed of Him

Geoffrey Dickens
April 12th, 2016 3:31 PM
On Monday’s edition of The Nightly Show with Larry Wilmore, the Comedy Central host couldn’t get through a rant against Bill and Hillary Clinton without taking a cheap shot at GOP presidential candidate Ted Cruz. Wilmore noted the former First Lady once used the politically incorrect term “super-predators.” Wilmore reported that even the criminologist who coined the term had disavowed it: “He’s… 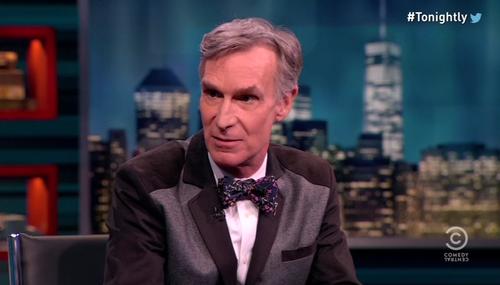 Kristine Marsh
April 6th, 2016 1:04 AM
On Tuesday night’s roundtable on the Nightly Show with Larry Wilmore, the late-night liberal host had Bill Nye “the Science Guy on as his guest to talk about the 2016 Presidential election and how the Republican candidates haven’t made climate change an important election issue. Nye claimed that the GOP candidates were climate change “deniers” because they were funded by “the fossil fuel industry… 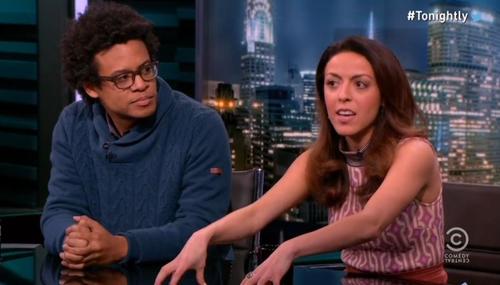 Curtis Houck
February 23rd, 2016 8:32 AM
As if they didn’t learn anything from MSNBC’s Chris Matthews, the panel on Monday’s Nightly Show decided to call into question the Hispanic credentials of Republican presidential candidates Ted Cruz and Marco Rubio to the point where the collective community supposedly does not “even necessarily consider them Latino because they haven’t embraced their heritage.” 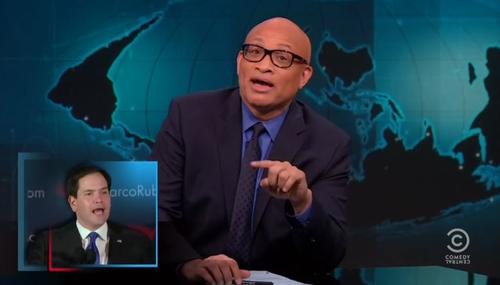 Curtis Houck
February 11th, 2016 2:24 AM
As part of his post-New Hampshire analysis on Thursday’s Nightly Show, Comedy Central personality Larry Wilmore used a clip of Senator Marco Rubio telling supporters he failed them in Saturday’s ABC debate to also argue it could be used as an admission that he had erectile dysfunction. 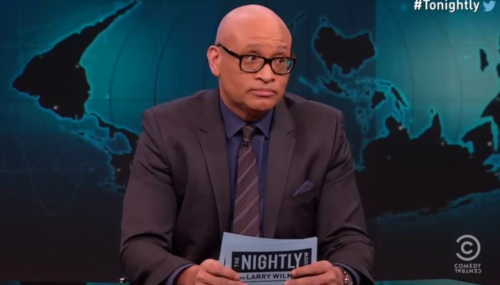 Larry Wilmore: 'Rubio Has a Huge Chance' For Upset Over Hillary

Jack Coleman
February 3rd, 2016 3:30 PM
Amid the forced frivolity of Tuesday's Nightly Show with Larry Wilmore came a moment of awkward silence worth savoring when the host dared utter the unthinkable. It was during a discussion between Wilmore and guest comedian Lewis Black, along with Nightly Show executive producer and Daily Show alum Rory Albanese and Franchesca Ramsey in her first appearance as a Nightly Show contributor. 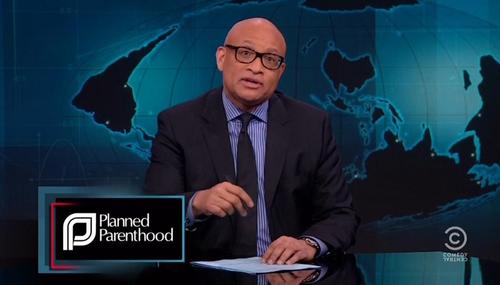 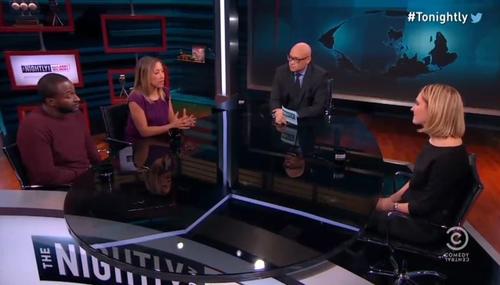 Curtis Houck
January 27th, 2016 2:21 AM
The panel on the Tuesday edition of Comedy Central’s The Nightly Show spent a large part of their segment decrying the criticism of Hillary Clinton as almost exclusively due to her being a woman and the need “to stop hating women...as a culture” with one panelist comparing her love of Clinton to their admiration for the Shakespeare character Lady Macbeth. Nightly Show contributor Robin Thede… 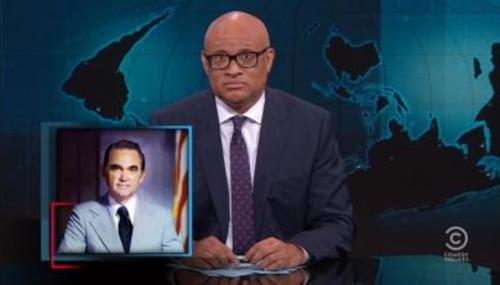 Scott Whitlock
December 16th, 2015 5:29 PM
A conservative-hating, liberal comic has been chosen for the 2016 White House Correspondents Dinner. This time, it’s Nightly Show anchor Larry Wilmore. Scheduled for April 30, the dinner will likely contain many of the slimy attacks the comedian is known for. On November 30, Wilmore blamed the Planned Parenthood shooting on Fox News. 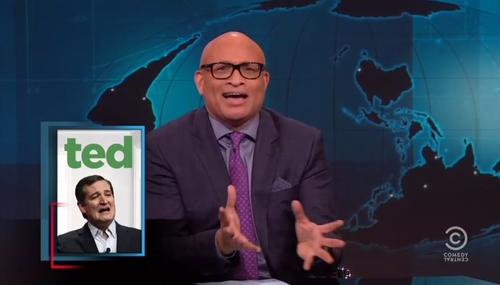 ‘Nightly Show’ Smears ‘Creepy’ Cruz; Will ‘Do Everything the KKK Does'

Curtis Houck
December 15th, 2015 2:50 AM
In what may be the worst series of attacks by the liberal media on Ted Cruz, Monday’s Nightly Show on Comedy Central featured host Larry Wilmore declaring that the “creepy” Cruz may be mentally disturbed with guest Aida Rodriguez firmly asserting that, if elected, Cruz’s agenda would be to “do everything the KKK does.” 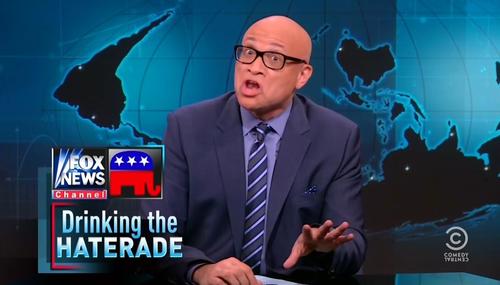 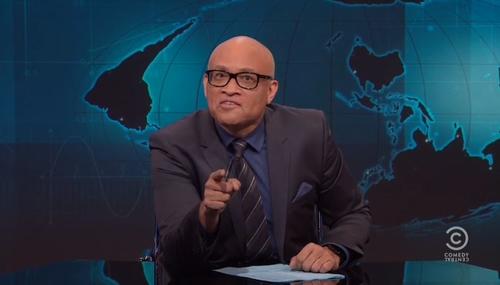 Curtis Houck
October 24th, 2015 3:55 PM
At the top of his Comedy Central program The Nightly Show on Thursday, host Larry Wilmore brought up the New York Mets advancing to the World Series and had some fun with the news at the expense of his viewers, former Daily Show host Jon Stewart, and disgraced ex-NBC Nightly News anchor Brian Williams.