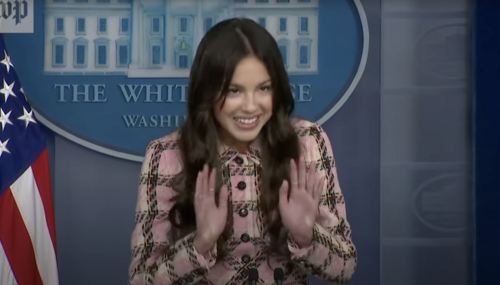 Rodrigo: Abortion Can’t Be In ‘Hands of Politicians.’ But Vaccines Can

Olivia Nim-Rodrigo may have gotten her Driver’s License and her High School Diploma but that’s about it. 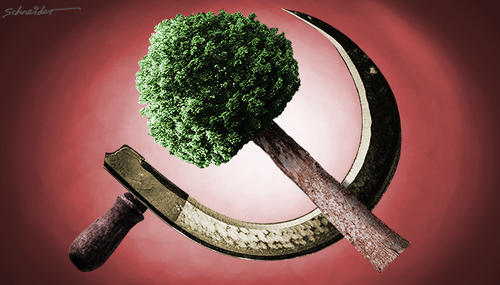 Suspended: Is the Era of David Shuster Lashing Out at 'Nutty,' Far Rig

Scott Whitlock
April 6th, 2010 12:16 PM
MSNBC on Tuesday announced that anchor David Shuster has been "suspended indefinitely" after filming a pilot at CNN. If this is the end of the liberal host's tenure on MSNBC, he'll leave behind a long legacy of viciously attacking "conservative fear mongering." During the Obama era, Shuster, supposedly a straight-news journalist, has been quick to deride the opponents of the President. On…

Lachlan Markay
January 28th, 2010 4:21 PM
A spokesperson for MSNBC told Politico today that the channel's brass has reprimanded David Shuster for derisive tweets he directed at James O'Keefe Tuesday. Within hours, he had retracted portions of his tweeted comments on air during an interview with Andrew Breitbart.This humble blogger documented the Twitter exchange yesterday, and pointed out that Shuster was much quicker to assume O'Keefe's…

Jeff Poor
August 13th, 2009 8:06 AM
MSNBC host David Shuster has made it clear that he's left-of-center politically with his stands on social issues and his eagerness to ridicule conservatives. But yet he still maintains an anchor post for the network's mid-day regular news coverage. But the former host of the network's now-canceled "1600 Pennsylvania Avenue" interviewed Rep. Mike Pence, R-Ind. on the issue of the day, health care…

Scott Whitlock
May 1st, 2009 4:03 PM
MSNBC anchor David Shuster appeared on Stephanie Miller's left-wing radio show on Thursday to praise the "brilliant," "informed," and "articulate" President Obama and trash the "atrocious" Fox News Channel. Shuster, who is on the same network as the extremely liberal Keith Olbermann, complained, "I mean, look, if Fox wants to consider themselves the GOP house organ, that's fine. They completely…

Scott Whitlock
April 6th, 2009 3:35 PM
For over two and a half months, MSNBC host David Shuster featured a segment called "Hypocrisy Watch" on his program "1600 Pennsylvania Avenue" that overwhelmingly singled out conservatives and Republicans as hypocrites, while ignoring Democratic offenders. An analysis by the Media Research Center finds that of the 48 "Hypocrisy Watch" segments, 34 went after conservatives or Republicans. Only…

Noel Sheppard
April 2nd, 2009 11:07 AM
MSNBC's David Shuster appears to now sadly be taking tips from colleague Keith Olbermann, for on Wednesday the "1600 Pennsylvania Avenue" host did a segment bashing Sen. Mitch McConnell (R-Ky) the text of which appears to be taken directly from a Daily Kos posting.Even more absurd, both Shuster and the DKer conveniently cherry picked a statement made by McConnell back in 2006 that when put in the…

David Shuster Slams 'Nutty,' 'Offensive' Quotes from Rush and Others

Scott Whitlock
March 31st, 2009 2:39 PM
"1600 Pennsylvania Avenue" host David Shuster escalated his attack on Rush Limbaugh and other conservatives on Monday's show. In a tease for a segment on "GOP all stars," Shuster complained, "Plus, the nutty rhetoric continues from Rush Limbaugh, Michael Steele and Sarah Palin." In a later tease, he fretted, "Up next, how offensive can Rush Limbaugh be?" The attack on Limbaugh was taken straight…

Scott Whitlock
March 27th, 2009 12:53 PM
"1600 Pennsylvania Avenue" host David Shuster on Thursday intensified his obsession with former top Bush aide Karl Rove and made, for the fourth time, the political operative the subject of his "Hypocrisy Watch" segment. He also continued his habit of pointing out that Rove is now a paid contributor of Fox News. After noting that the ex-White House aide attacked Barack Obama in an op-ed for the "…

Scott Whitlock
March 25th, 2009 3:32 PM
"Countdown With Keith Olbermann" guest host David Shuster slipped an incredible claim into Monday's program when he highlighted "independent reports" showing that presidential candidate Barack Obama received harsher media scrutiny than did John McCain during the 2008 election.As a way of introducing a discussion on why the President didn't attend the 2009 Gridiron dinner (a longstanding occasion…