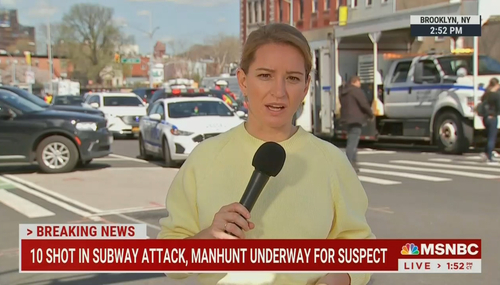 Throughout the day on Tuesday, while covering the New York City subway shooting live at the scene, MSNBC anchor Katy Tur repeatedly pushed the Biden administration’s gun control agenda. However, she warned against “reactionary measures” like increasing police presence across the nation’s largest city amid a crime wave. 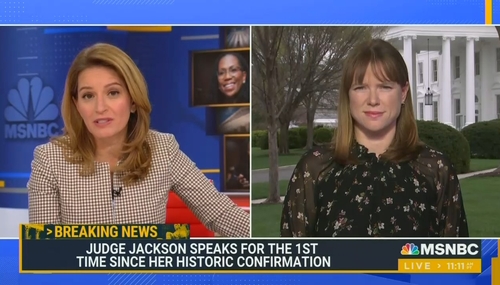 The journalists at MSNBC are desperate to help the Democratic Party pull out of the midterm death spiral it’s in. So host Katy Tur on Friday openly plotted strategy about selling the confirmation of soon-to-be Supreme Court Justice Ketanji Brown Jackson. 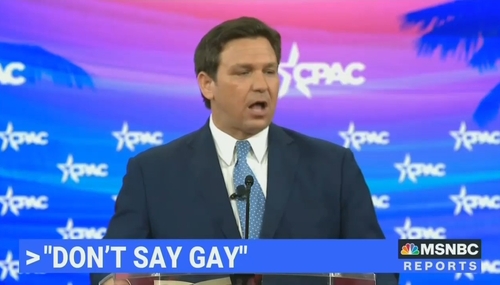 On Saturday afternoon's Alex Witt Reports on MSNBC, fill-in host Katy Tur was joined by new MSNBC contributor Charles Blow to spend a segment bemoaning the new law in Florida that bars the teaching of transgender issues to young children in schools. 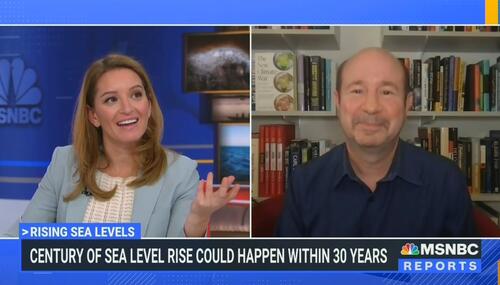 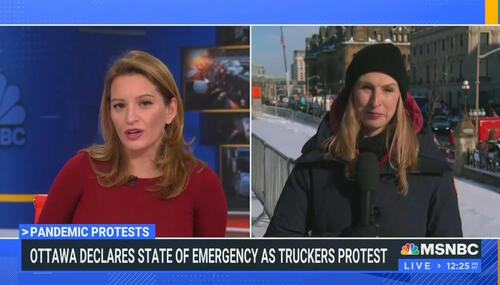 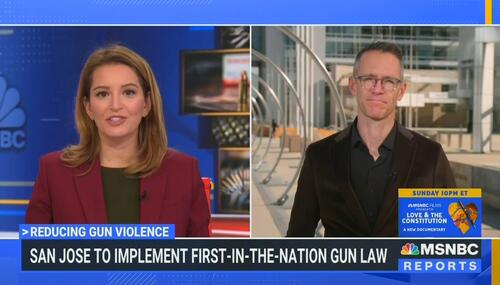 As President Biden went to New York to tout his crime fighting plan, on Thrusday, MSNBC's Katy Tur and Jake Ward used the occasion to hype one California city's scheme to require gun owners to pay an annual fee and purchase liability insurance -- all in the name of fighting gun violence. 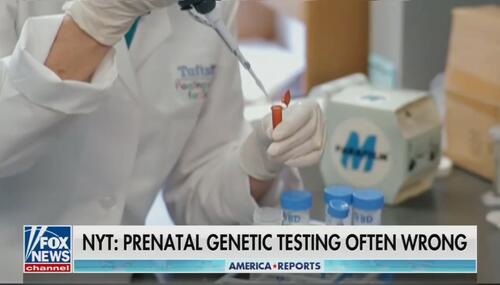 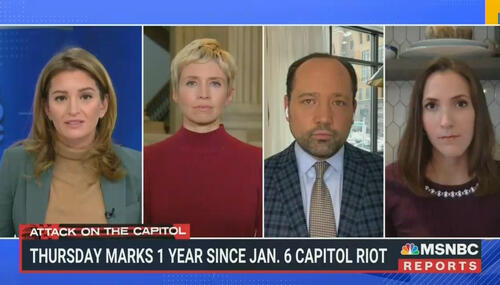 Tur Fears ‘Next Election Won’t Be Fair,’ Hopes for 2024 ‘Contingency'

On her Monday afternoon show, MSNBC anchor Katy Tur tried to preemptively claim that elections results in 2022 and 2024 – contests in which Republicans are expected to do well –  would be illegitimate. She even wondered in there was a “contingency plan” in place for 2024 in case “there is another violent insurrection with millions of people.” 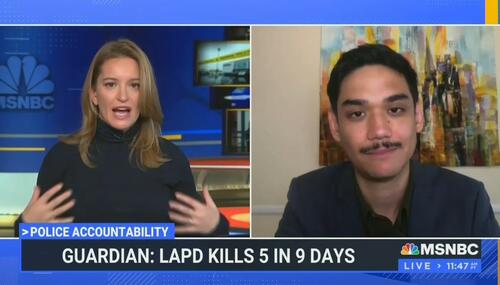 On Thursday afternoon, MSNBC host Katy Tur pushed for police officers to be less armed when they go into dangerous situations as she fretted that LAPD officers had too much weaponry when they responded to reports of a violent attack at a Burlington Coat Factory. 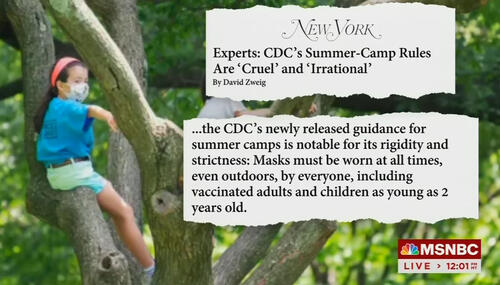 The COVID restrictions from the Biden administration have become so onerous and illogical that even left-wing media outlets have begun to take notice. At the top of her 2:00 p.m. ET hour show on Tuesday, MSNBC anchor Katy Tur read from a New York magazine article openly mocking “irrational” Centers for Disease Control rules demanding children wear masks at all times outdoors while… 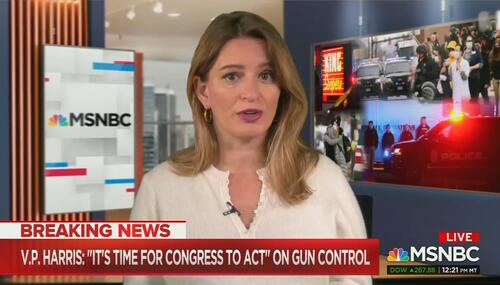