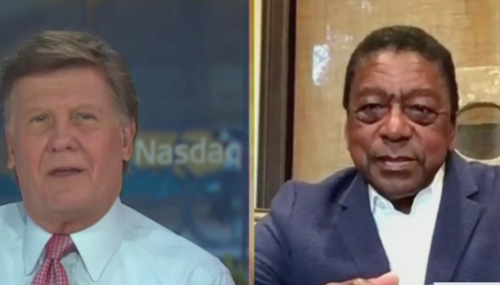 The hypocrisy of mega-rich celebrities calling for reparations for slavery is astonishing. Black Entertainment Television Founder Robert Johnson, as summarized by CNBC, said that the “U.S. government should provide $14 trillion of reparations for slavery to help reduce racial inequality.” He’s currently worth an estimated $550 million. 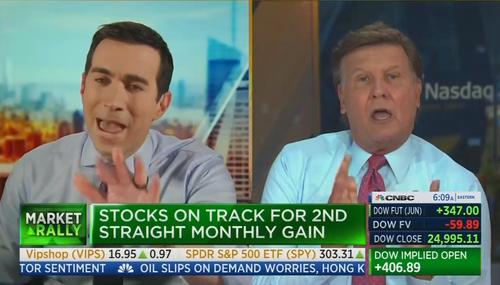 WATCH: These Cable Hosts Savage Each Other Over ‘Your Friend’ Trump

Scott Whitlock
May 27th, 2020 1:51 PM
The usually more placid Squawk Box exploded on Wednesday as two of the co-hosts blasted each other about the shutdown, jobs and Donald Trump. Co-host/New York Times journalist Andrew Ross Sorkin mocked fellow co-host Joe Kernen as nothing more than a puppet for “your friend” Donald Trump. Kernen accused his fellow host of being too negative on the stock market and recovery.… 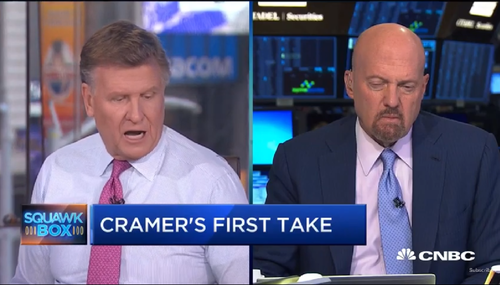 CNBC's Jim Cramer: 'The Only People Talking About a Recession Are Us'

P.J. Gladnick
September 8th, 2019 7:28 PM
Have you noticed all the talk recently by the mainstream media about a recession? Of course, many members of the MSM can barely contain their glee at the prospect of an economic downturn hurting President Trump's prospects in the election next year. Well, Jim Cramer on Thursday's Squawk Box told host Joe Kernen that the only people talking about such a recession are "us,"… 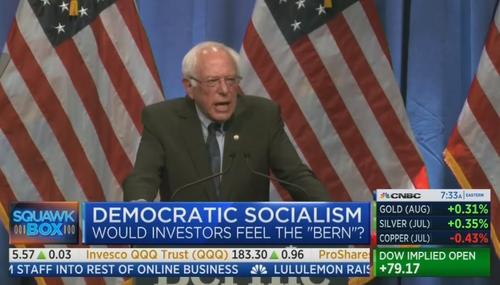 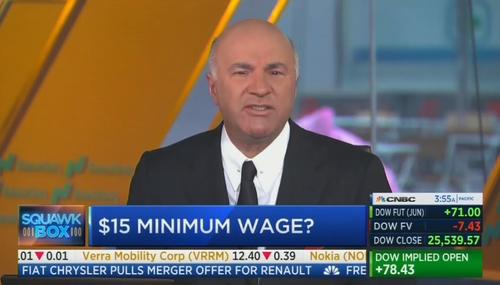 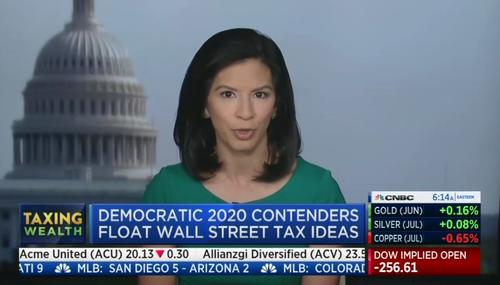 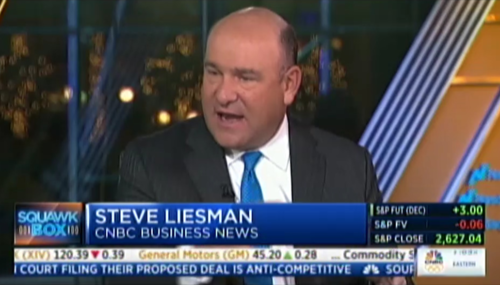 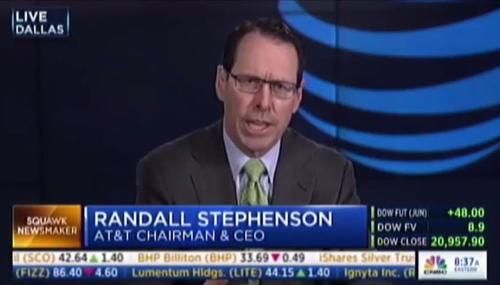 Business
Julia A. Seymour
May 4th, 2017 3:20 PM
The CEO of AT&T insisted that tax reform spurs business investment, which will lead to hiring and wage growth in an interview with CNBC’s Squawk Box a week after the president proposed reforms. AT&T CEO and chairman Randall Stephenson sat down with the Squawk Box crew on May 4, to discuss several issues including the possibility and impact of a tax reform plan on the U.S. economy.… 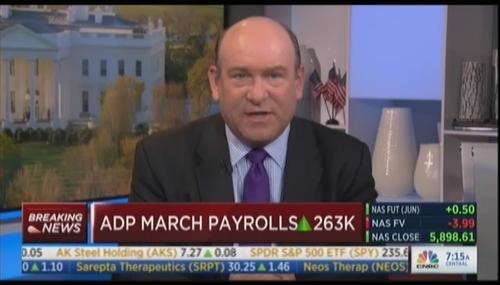 Business
James Powers
April 5th, 2017 3:06 PM
Good things come in threes. This is the third month in a row for a strong jobs report. The question is: Will journalists continue to ignore the good economic news under President Donald Trump? The stock market surged April 5, after news of what CNBC Senior Economics Reporter Steve Liesman called “another blowout” jobs report from the ADP private payroll. According to the… 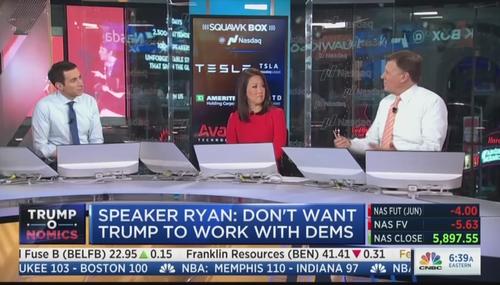 Business
James Powers
March 30th, 2017 4:00 PM
One CNBC anchor thinks the media are “in cahoots with the hating party” and it’s hurting the president’s ability to function with Congress. Squawk Box co-anchor Joe Kernen blasted the media for unequivocal support of Democrat obstruction of President Donald Trump’s economic agenda. He specifically criticized the liberal press for ignoring one Congresswoman’s…