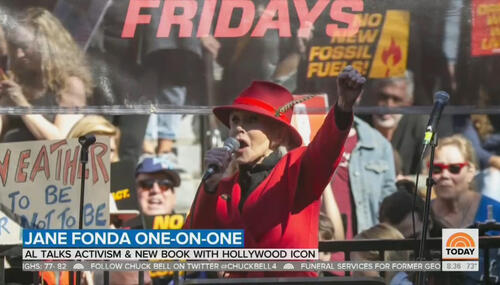 On Wednesday, NBC’s resident climate crusader Al Roker was in awe of actor and far-left radical Jane Fonda as he hailed the “Hollywood icon” for “her dedication to the climate crisis.” The Today show weatherman cheered Fonda’s extreme calls for an end to fossil fuels and implementation of economically destructive Green New Deal. 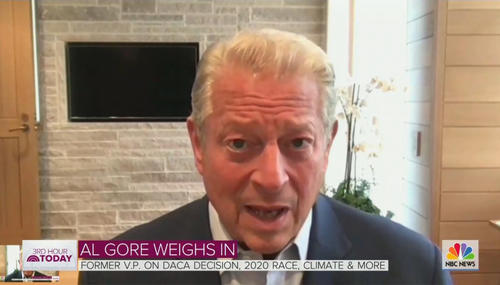 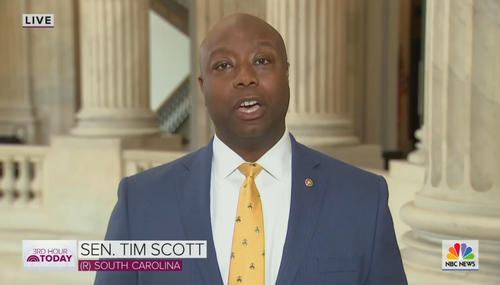 During a contentious interview with Republican South Carolina Senator Tim Scott on Thursday, NBC’s 3rd Hour Today show co-host Craig Melvin wondered if the only black GOP member of the U.S. Senate was being “used” by his party as a “token” to lead policing reform efforts in the wake of George Floyd’s death. Scott promptly rejected the insulting suggestion. 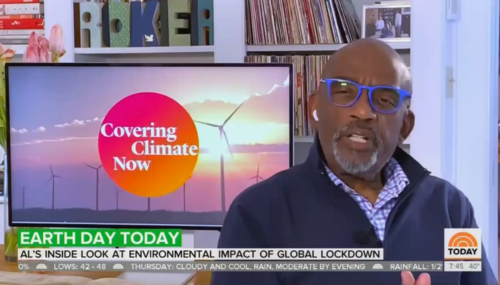 Kyle Drennen
April 22nd, 2020 11:35 AM
Just days after he told Parade magazine that his environmental coverage was “not political,” on Wednesday’s Today show, weatherman Al Roker excitedly announced that NBC News would be joining a push by left-wing “journalists” to preach climate activism. 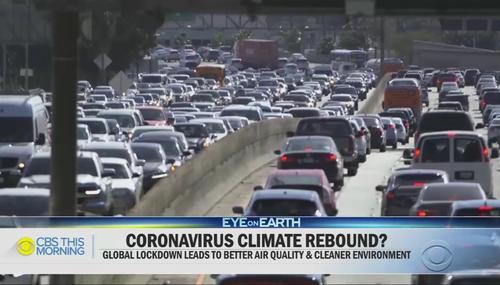 Kristine Marsh
April 22nd, 2020 10:26 AM
All three networks Wednesday morning shamelessly used the coronavirus pandemic to push more stringent environmental regulations. Celebrating Earth Day, ABC, NBC and CBS each gave lengthy reports touting how the nationwide lockdown’s “silver lining” was that there was less pollution and more wild animals reclaiming their habitats. But they didn’t just point out changes to… 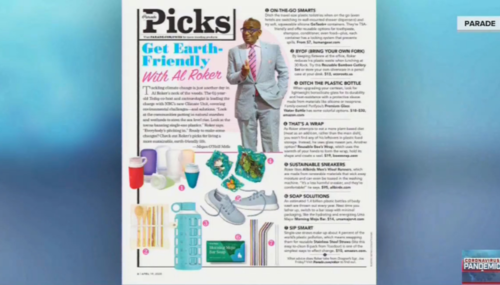 Kyle Drennen
April 17th, 2020 12:54 PM
On Friday’s 3rd Hour Today show, co-host Craig Melvin touted NBC weatherman Al Roker being featured in climate change pieces in Parade and People magazines ahead of Earth Day next week. Talking to Parade, Roker argued that the climate change agenda was “not political” and his coverage of it was “just the facts.” 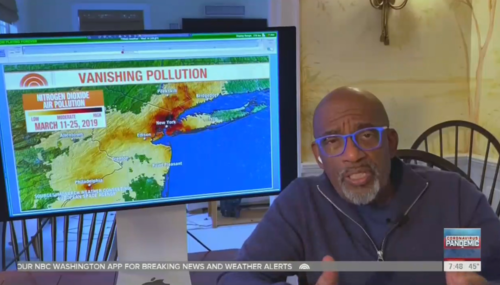 Kyle Drennen
April 1st, 2020 12:05 PM
On the Today show Wednesday morning, NBC weatherman Al Roker joined some of his other liberal media colleagues in trying to find a “silver lining” amid the coronavirus pandemic, namely that the deadly disease was improving the climate by forcing people to stay home. 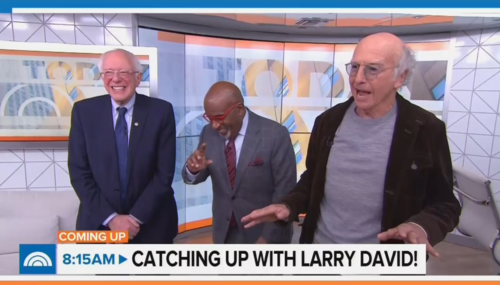 Larry David Claims Bernie Sanders Will Be ‘Great For the Country’

Kyle Drennen
January 10th, 2020 4:25 PM
On Friday, Democratic presidential candidate Bernie Sanders and Curb Your Enthusiasm star Larry David – who portrays the socialist senator on Saturday Night Live – were both booked on NBC’s Today show. Taking advantage of the situation, the broadcast arranged a brief comedy skit between their two guests in which David proclaimed that Sanders becoming president would “be… 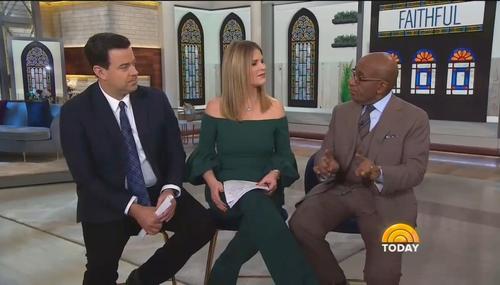 Scott Whitlock
December 21st, 2019 12:15 PM
Mostly secular network journalists don’t frequently cite “sin” when it comes to policy positions. Certainly not approvingly when it comes to issues like abortion. But such overt religiousity is okay for fighting climate change. One year ago this week, on the December 20, 2018 edition of Today, the morning show profiled a Christian church that is taking a stand on global warming… 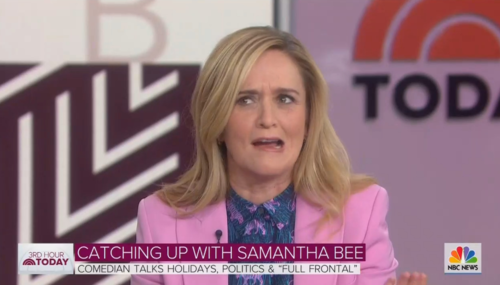 Kyle Drennen
December 17th, 2019 11:50 AM
Appearing on NBC’s 3rd Hour Today show on Tuesday, nasty left-wing comedian Samantha Bee claimed that she was “looking forward” to covering the 2020 presidential campaign with “joy” on her TBS show. The Full Frontal host also admitted that she “didn’t learn much” from the intense backlash she received in 2018 after launching a vile attack against… 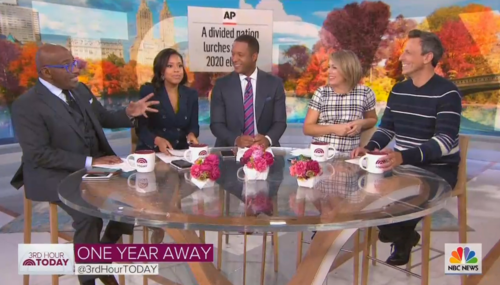 Kyle Drennen
November 5th, 2019 4:08 PM
During his appearance on the 3rd Hour Today show on Tuesday, Late Night host and left-wing comedian Seth Meyers promoted his new Netflix stand-up special while being treated to fawning adulation from the anchors. The morning show cast went so far as to declare Meyers a “primary news source” for his liberal audience. 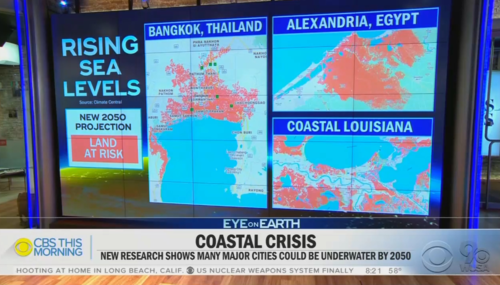 NBC & CBS in Climate Panic: Millions Will Be Underwater!

Kyle Drennen
October 30th, 2019 11:28 AM
On Wednesday, both NBC’s 3rd Hour Today show and CBS This Morning engaged in climate change hysteria as they touted dire predictions that huge portions of land around the world would be underwater by 2050 and displace hundreds of millions of people. The network hosts all blindly accepted the warnings as true without pointing out that such wild claims have been made for decades without… 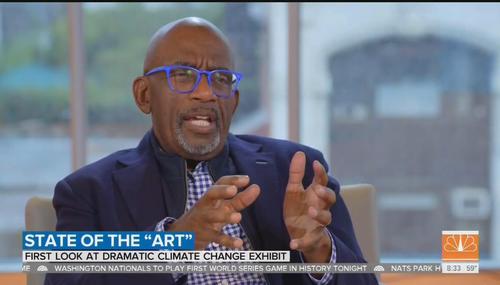 Kyle Drennen
October 22nd, 2019 4:01 PM
Late on Tuesday’s Today show, weatherman Al Roker took time to gush over an art exhibit he recently visited at Columbia University “simulating what our world might look like if sea level rise was up to 10 feet.” It was all part of his ongoing series of reports pushing the radical climate change agenda. 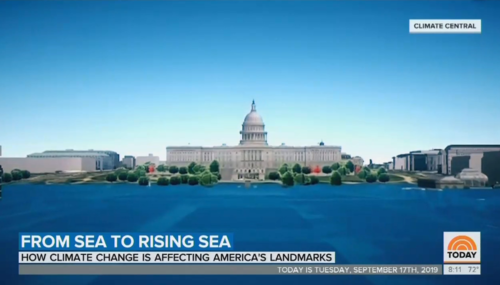 Kyle Drennen
September 17th, 2019 4:03 PM
On Tuesday’s NBC Today, NBC weatherman Al Roker warned viewers that climate change was “threatening some iconic American landmarks” and even touted predictions that Washington D.C. may soon be underwater as a result. The only problem with that dire forecast? NBC has been making that same wild claim for the past 30 years.