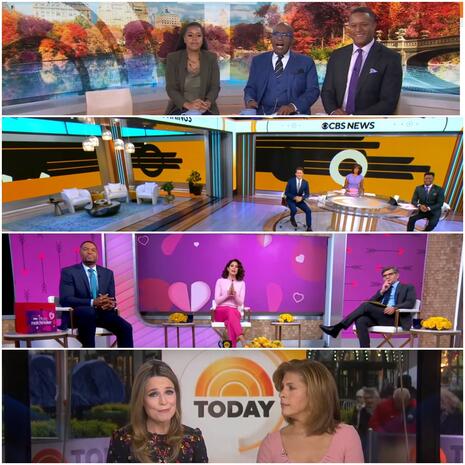 The Bureau of Labor Statistics (BLS) reported at 8:30 a.m. Feb. 10 that “The all items index rose 7.5 percent for the 12 months ending January, the largest 12-month increase since the period ending February 1982.” Also alarming was that the cost for a typical basket of non-food and non-energy goods also rose 6 percent, reaching another 40-year high. The spikes in inflation indicate that “‘Bidenflation’ is no longer a transitory brush fire, but a fast-spreading forest fire of rising prices,” co-founder of the Committee to Unleash Prosperity Stephen Moore reportedly told The Washington Times.

Unsurprisingly, ABC’s Good Morning America (GMA), CBS’s This Morning, and NBC’s Today and 3rd Hour of Today shows gave the BLS report almost no coverage on their Feb. 10 broadcasts. Instead of inflation coverage, viewers were shown Pride Candles, a rubik’s cube sculpture, an alien diamond and the fictional character and mascot of the Beijing Olympics, Bing Dwen Dwen.

NBC’s Today show made no mention of the inflation news at all, even in the chyron. The network spent roughly a minute covering — wait for it — Rubik’s Cubes.

NBC’s 3rd Hour of Today also omitted any reference to the record inflation. It gushed for over four minutes about the Chinese Communist Party’s Olympic Mascot: Bing Dwen Dwen. ““We’ve got a closer look at the breakout star of the Winter Olympics, the mascot, BING DWEN DWEN,” Today co-host Al Roker gleefully exclaimed.

Apparently, NBC considers a mascot favored by the Communist Chinese Party more worthy of coverage than skyrocketing inflation that will affect the livelihoods of everyday Americans.

CBS followed in NBC’s footsteps and ignored the hike in inflation completely. It fixated on a black diamond with possible alien origins rather than reporting on the inflation news that affects the wallets of millions of Americans.

ABC’s Good Morning America gave just one mention on inflation in a chyron, below.

“Wall Street reacting to new inflation data today,” read the ABC chyron. But ABC scrubbed any comment of a 40-year high in inflation or even the phrase “high inflation.” The outlet instead chose to spend precious minutes of coverage on breaking news: “Pride Candles.”

This is not the first time that the Big Three have downplayed historic hikes in inflation. The Big Three morning network shows also censored a BLS report which showed the biggest inflation surge in more than 30 years. ABC, CBS and NBC reported on Ryan Reynolds, the climate crisis and holiday shopping instead.