WashPost Columnist: People Who Give Flowers 'Are Terrible For Mother Earth'

On Thursday, Jennifer Grayson, who fancies herself as an "environmental journalist," exposed herself as a truly annoying scold.

Grayson wrote in a Washington Post column that those of us who show our appreciation for others by giving them flowers as part of our overall enjoyment of life are really showing that we are either ignorant of or don't "care about Mother Earth." Grayson concocts her case by demonstrating that basic math must not be a prerequisite for becoming an "environmental journalist."

Grayson's take on the 'carbon-footprint" impact of flowers gives away her utter lack of perspective, and that of whoever at the Washington Post was supposed to review her work (statistical links are in original; bolds are mine throughout this post):

Flowers may be nice for Mom, but they’re terrible for Mother Earth 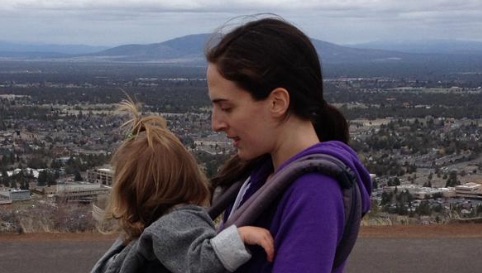 How’s this as a gesture of love for the woman who bore you? Chop off the reproductive organ of a plant and send it to her in a box tied up with a pretty bow.

... while giving flowers may seem like a good way to show how much you love your mom, it’s a terrible idea if you care about Mother Earth.

I can practically hear my mother-in-law sighing as I write this, and I can guess what you (no doubt on hold with 1-800-NOSEGAY right now) are about to ask: Wait, aren’t flowers natural? Why is this eco-zealot trying to take down the holiday?

The truth is that most flowers are organic only in the truest sense of that word: highly perishable and thus susceptible to decay, as well as vermin and disease. Up to 80 percent of the 5.6 billion stems of flowers sold in the United States each year are imported. Of those, 93 percent are grown thousands of miles away in production greenhouses in Colombia or Ecuador. And it takes an awful lot of energy and artificial tinkering to keep those flowers fresh.

... While it’s difficult to calculate the carbon footprint of a single bouquet, experts estimate that sending 100 million roses (the number believed to be given in the United States on Valentine’s Day, another big flower holiday) produces some 9,000 metric tons of carbon dioxide emissions from field to florist. The average American household has a carbon footprint of 48 tons a year.

The sinful habit of giving roses on Valentine's Day generates a horrid carbon footprint that is the equivalent of ... (wait for it) ... 187-1/2 U.S. households (9,000 divided by 48). If the 100 million Valentine's Day roses represent only one percent of a typical year's flower purchases, all the flowers bought in an entire year generate a carbon footprint equivalent to about 18,750 U.S. households.

Worldwide carbon emissions in 2013 totaled 36 billion metric tons. A year's worth of U.S. flower purchases as estimated uses 900,000 tons (9,000 divided by 1 percent), or 0.0025 percent of that total. For most of the past dozen years until recently, the daily increase in China's annualized carbon footprint was far greater than that. In 2013, China's emissions were 29 percent of that 36 billion metric ton total, or roughly 10.4 billion metric tons, up from about 3 billion in 2001. The per-day average increase over that 12-year period is almost 1.7 million (7.4 billion increase divided by 4,383 days).

Grayson spends a fair amount of time advocating domestically purchased flowers. But absent doing lots of independent local research or patronizing the groups and establishments she names (hmmm ... conflict of interest?), it's not a given that domestically bought flowers will have a smaller footprint, as the full article at one of the items she linked tells us:

... don't assume that imported roses are environmentally hostile. A 2007 study by Cranfield University in England found that raising 12,000 Kenyan roses resulted in 13,200 pounds (6,000 kilograms) of CO2; the equivalent number grown in a Dutch hothouse emitted 77,150 pounds (35,000 kilograms) of CO2. ... The roses from Holland required artificial light, heat and cooling over the eight- to 12-week growing cycle, whereas Africa's strong sun boosted rose production by nearly 70 percent over those grown in Europe’s flower auction capital.

"In Ecuador, the low-carbon impact of flower farms was evident. Greenhouses used no artificial heating or lighting, and most farm workers walked or biked to work," observes Amy Stewart, author of Flower Confidential: The Good, the Bad, and the Beautiful in the Business of Flowers.

Besides utterly wasting our time on an agenda which even if implemented wouldn't make any kind of meaningful environmental difference, Grayson wants to shame us into not buying flowers, period — because if we are, we must not be giving our recipients what they really want:

... why not sidestep commercial flowers altogether? This Mother’s Day, I sent my mother-in-law an online gift card for heirloom seeds to plant in her cherished garden, and I’m giving my mom what she really wants: quality time with her only daughter at a “girls” lunch. As for me, I’m more than thrilled with dandelions from my daughters and my husband’s promise that on Sunday, I’ll have the morning off to luxuriate in bed.

Hey, Jennifer, here's an idea. "Luxuriate" in bed for a few more days, or weeks, or months. I promise, if you think that one of your primary missions in life is to be the Grinch who ends the practice of giving flowers on Mother's Day, Valentine's Day, and other occasions, and who eliminates one of the world's favorite demonstrations of fond appreciation and romantic love, we won't miss you.