If Rush Limbaugh told his audience that the sun rose in the east today, it seems that PunditFact, an arm of Politifact, would find a way to determine that he wasn't telling the truth.

That's pretty much what you have to conclude from the web site's laughable evaluation of Limbaugh's true assertion that "The Federalist reports only 15 percent of the money donated to the Clinton Family Foundation went to actual charitable causes." So its beef isn't really with Limbaugh anyway, but the cynical evaluators at the web site knew that they would catch more eyeballs by going after Rush.

The Clinton Foundation's response as relayed at PunditFact is essentially that 88 cents of every dollar goes to "life-changing work," and not 15 cents, because they have dedicated people on staff actively engaged in direct charitable efforts. Even if true — given the Clintons' track record, there's certainly tons of room for doubt; after all, paying someone a salary can be "life-changing" if they're uninvolved in service delivery — that doesn't refute the Federalist's original or Rush's relayed claim.

The Washington Examiner reports that the Federalist is punching back hard, and in the process revealed that the entire Politifact enterprise itself is hardly free from conflicts of interest (bolds are mine throughout this post): 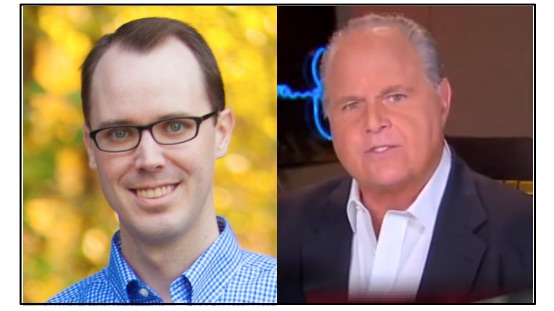 The Federalist and PunditFact have gone to war over a "mostly false" rating for radio host Rush Limbaugh, who said last week that the Clinton Foundation donates only 15 percent of the cash it raises to charity.

... "PunditFact is funded in large part by the Ford Foundation, a significant Clinton Foundation donor and partner. I'll leave it to others to determine why they failed to disclose that fact in their article and how that financial relationship might impact their coverage of the Clinton Foundation," he (Davis) told the Examiner Wednesday.

Limbaugh referenced Davis' work last week, saying in his radio program that, "Eighty-five percent of every dollar donated to the Clinton Foundation ended up either with the Clintons or with their staff to pay for travel, salaries, and benefits. Fifteen cents of every dollar actually went to some charitable beneficiary."

Between 2009 and 2012, the Clinton Foundation raised $500 million, and only 15 percent of that "went towards programmatic grants," Davis reported.

... (PunditFact evaluator Louis) Jacobson told Davis in an email that his "demonstrably factual claim" was both "clearly accurate" and "technically true."

... PolitFact and PunditFact are both funded by the Ford Foundation, which also happens to be a major Clinton Foundation donor, according to Phil Kerpen, head of the conservative activist group American Commitment.

"This is not journalism. This is not fact-checking. This is pathetic demagoguery, and a remarkably unimpressive display of it at that," Davis wrote.

So, in a private conversation, the claim was "clearly accurate" and "technically true." But for public consumption it became "mostly false."

At a bare minimum, Punditfact owed its readers an explanation of its relationships with Clinton-supporting foundations. But I guess revealing conflicts of interest is only for the little people — or anyone else with whom the Clintons disagree.

But I have good news for the hacks at PunditFact (this is sarcasm, folks).

A Fox News report this morning indicates that the Federalist and Limbaugh might have missed the mark:

The charity run by the Clintons has raised $2 billion since it was founded in 2001 -- $144.3 million in 2013 alone -- but only a small fraction of the take went to its “life-saving work,” according to analysts who monitor non-profits.

The Bill, Hillary and Chelsea Clinton Foundation claims 88 percent of the money it raises goes to actual charity work, but experts who have looked at the books put the number at about 10 percent. The rest, they say, goes mostly to salaries, benefits, travel and fund-raising.

So the Federalist's claim, relayed by Rush, appears to be "One-Third False" and only "Two-Thirds (10 percent divided by 15 percent) True" — but of course, in the opposite direction. It appears that even less of the Clinton Foundation's money "went to actual causes" than originally thought, and that Sean Davis and Limbaugh were, excuse the expression, too charitable in describing the Foundation's track record.

I can't wait for Louis Jacobson at PunditFact to update his evaluation to account for this new information. (That's sarcasm too.)