I'm referring to the government's attempt to coerce doctors into using its mandated, "clunky, time-sucking" electronic health records system. Somehow, it's barely news, with a story by Politico Magazine's Arthur Allen constituting a rare exception, that over a quarter-million doctors, i.e., half of all who are eligible, face fines next year for "failing to use the systems in the way the government required."

To the extent the rest of the press is covering this at all, it's being headlined only as a looming cut to medical reimbursements — the kind of headline we're so used to seeing that many of us will just skip reading the story — without identifying the matter's actual nature.

One example: The headline at a December 18 item by Melinda Beck at the Wall Street Journal is "Medicare to Cut Payments to Some Doctors, Hospitals." While she identifies the substance of the matter in her first paragraph, it also belongs in the headline — and "half" is quite a bit more than "some."

Those facing fines in 2015 missed a key deadline in 2013. The cuts will be levied on every Medicare bill during the year, even if the doctors and hospitals have since complied.

It would thus appear that one method for avoiding the fine would be to stop serving Medicare patients altogether. Well, that's one way to ration care for the elderly.

Last year, we saw how, despite a 42-month headstart costing well over $1 billion, the rollout of HealthCare.gov was a miserable, expensive, infuriating, embarrassing failure which would have caused any company in the private sector to go under.

The government has had over five years since the passage of the stimulus bill in 2009 to gets its electronic health records system right. According to Politico Mag's Allen, it carries a mind-boggling $30 billion price tag. Predictably, it's also a mess.

Here are a few items from the front lines Allen noted on Sunday: 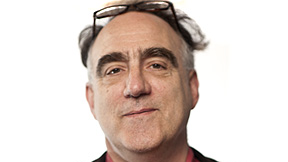 Many doctors hate the clunky, time-sucking software they got through the massive subsidy program, and most complain that cumbersome information exchange is frustrating their efforts to coordinate and improve patient care.

... while many believe digital health will eventually bring huge benefits, physicians have seen few of them to date.

... The fines are a bitter pill for doctors, who are spending an average of nearly an extra hour a day typing information into their computers because of the new rules. That means lost time with patients, and less income.

Rather than saving physicians and health care money, the program in effect has created a new industry — the medical scribe. About 100,000 of these glorified typists are expected to be working for doctors by 2020.

“After five years I can’t really do anything I couldn’t do before the program started,” says Martin O’Hara, a cardiologist who practices in northern Virginia. Computers make everything more legible, O’Hara says, but otherwise the payoff has been slim.

At one hospital in the D.C. area, administrators were pulling their hair out over the huge fees charged to transmit data including routine lab and radiology tests. “I talk to EHR vendors all day long and many of them have these criminal-like practices of setting whatever price tag they want because they can,” said a medical informatics officer who spoke on condition he not be named.

Recently an EHR vendor charged the hospital $50,000 just to pull information from the computers of 20 affiliated physician practices and send it to the Department of Health and Human Services.

... The slow progress of health IT has also put a drag on research. Multiple sclerosis patients trying to set up a database leading to cures for their disease “run into a brick wall” trying to get information out of their electronic health records, says Marcia Kean, a consultant who works with one MS group.

So we have a physician productivity decline of up to 10 percent (up to one hour per day in a 10-hour day less time previously spent in the pre-EHR era), an entirely unnecessary industry of medical scribes costing billions each year (100,000 scribes paid just $30,000 per year in wages and benefits would be $3 billion alone — something which I should add is a completely artifical addition to GDP which does nothing to improve living standards), and barriers to research which weren't there before. As noted in this posts's introduction, this is a formula for wrecking an entire industry.

As has been the case in so many areas of government malfeasance, syndicated columnist Michelle Malkin has been way ahead of the curve in warning about this fiasco for years (two of her related columns are here and here) — and this post hasn't even delved into the frightening personal and family privacy intrusions which loom in the electronic records program. Her bottom line: "Oversight is lax. Cronyism is rife. The job-killing and privacy-undermining consequences have only just begun."

And as if we need it, here's another thing, echoing HealthCare.gov, to worry about — hacking:

If you have not yet endured an electronic patient data theft, you most likely will experience one before too long, experts warn. They say the transition to electronic health records (EHRs) has not been accompanied by adequate safeguards, and they are calling on physicians to do more to protect patient data.

Note how the government created the leaky system, but that it's the providers who have to figure out how to protect themselves.

And as usual, the establishment press's alleged watchdogs are fast asleep.