Establishment press reporting has all too often been about perpetuating a narrative, even long after it has been proven false, than conveying facts and truth. Anyone arguing that 2014 has been one of the worst years ever for this growing trend won't get an argument here.

An Associated Press poll about the top stories of the year got responses from 85 editors at subscribing AP outlets. Although the top story named wasn't a surprise (disappointing, yes; surprise, no), the way the AP's David Crary wrote it up to support the proven-false "Hands up, don't shoot!" narrative on Monday was absolutely outrageous (bolds and numbered tags): 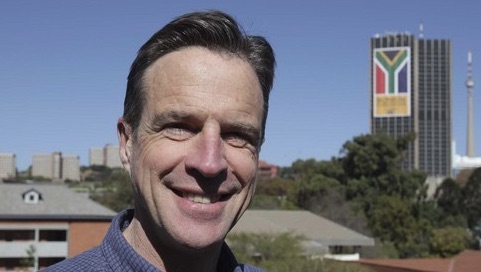 The police killings of unarmed blacks in Ferguson, Missouri, and elsewhere — and the investigations and tumultuous protests they inspired [1] — was the top news story of 2014, according to The Associated Press' annual poll of U.S. editors and news directors.

The voting was conducted before [1] the announcement that the United States and Cuba were re-establishing diplomatic relations and Sony Pictures' decision to withdraw its film "The Interview" in the wake of computer hacking and threats.

POLICE KILLINGS: Some witnesses said 18-year-old Michael Brown had his hands up in surrender, others said he was making a charge. [2] But there was no dispute he was unarmed and shot dead by a white police officer in Ferguson. In New York City, another unarmed black, Eric Garner, was killed after a white officer put him in a chokehold during an arrest for unauthorized cigarette sales. After grand juries opted not to indict the officers, protests erupted across the country, punctuated by chants of "Hands up, don't shoot" and "I can't breathe." In both cases, federal officials launched investigations. [3]

... (third on list — Ed.) ISLAMIC STATE: Militant fighters from the Islamic State group startled the world with rapid, brutal seizures of territory in Iraq and Syria. The U.S. and its allies responded with air strikes, hoping that Iraqi and Kurdish forces on the ground could retake captured areas. Revulsion toward Islamic State intensified as it broadcast videos of its beheadings of several Western hostages. [4]

[1] (tagged twice) — "Somehow," Crary failed to note that the voting was also conducted before New York City police officers Wenjian Liu and Rafael Ramos were killed by a black man who specifically stated online that he wanted to take revenge for the deaths of Michael Brown in Ferguson and Eric Garner on Staten Island.

It seems more than fair to say, based on Crary's own characterization, that killer Ismaaiyl Brinsley, who took his own life a short time later, was "inspired" by the "inspired" protesters — especially because police have learned that Brinsley "attended a Mike Brown rally in New York City" and "took video at the protest."

[2] — "Some" witnesses — the ones describing Brown's charge were telling the truth. "Some" others claiming Brown had his hands up — the ones, including Dorian Johnson, Brown's companion that fateful early August day, were lying.

The elite’s desperation to participate in what they hopefully viewed as their own modern-day civil rights crusade was patent in the sanctification of Michael Brown, the would-be cop killer. He was turned into a civil rights martyr. His violence toward Wilson, and the convenience store owner he had strong-armed, was wiped from the record. Protesters across the country chanted “hands up, don’t shoot” at anti-cop rallies, allegedly Brown’s final words before Wilson shot him. Never mind that the source of that alleged final utterance, Brown’s companion Dorian Johnson, was a proven liar. There is no reason to believe his claim regarding Brown’s final words.

There's also every reason not to believe Johnson's claim regarding Brown's final words, as McDonald wrote at the item linked in the above excerpt earlier this month at National Review's The Corner blog:

... There is no dispute about Brown’s felonious attack on Wilson; unambiguous forensic evidence supports eyewitness accounts detailing Brown’s attack. Knowing those facts is essential to understanding the shooting incident; they are now an integral part of the record.

... As former federal judge Paul Cassell has demonstrated, physical evidence contradicts nearly the entirety of Johnson’s account, which he changed as each piece of contradictory evidence emerged. Johnson lied about the initial encounter — he alleged that Brown never hit Wilson, never had his hands inside the car to hit Wilson, and never came into contact with Wilson’s gun. The autopsy shows that Brown was not shot in the back, contrary to Johnson’s claim; blood tracks show that he moved back towards Wilson for 20 to 22 feet before being shot again.

... The press is as determined to hold onto a false but incendiary narrative about the shooting as the protesters. In so doing, it is complicit in the dangerous racial tensions that continue to boil over the shooting, and shows itself to be more committed to ideology than to objectivity.

We can now officially add David Crary to the roster of the complicit.

Crary's employer joined that roster in late November, when two of its reporters wrote:

... [T]he witness accounts contained in thousands of pages of grand jury documents ... show many variations about whether Brown's hands were actually raised - and if so, how high.

Again, the forensic evidence shows that those claiming hands-up were lying; those who claimed that Brown's hands weren't up were telling the truth. AP knew this at the time, and didn't care.

... a federal review is opened in every single case where police officer action results in a death.  As I said on Lou Dobbs, it’s like holding a press conference to announce that the lights were turned on that morning at the DOJ.

In other words, the sentence doesn't belong in AP's report, and is only there to convey fictional support for the notion that the Obama administration is doing all it can.

[4] — A separate topic, but worthy of note: "Revulsion against the Islamic State" should have gone off the charts by now, but U.S. establishment press reporting of mass murders of women (150, as noted at link), children (4) and prisoners of war (1,500) has been sparse to non-existent.

Finally, the press is utterly failing to report the convergence involved in the story of Brinsley's murder of NYPD's Liu and Ramos: Brinsley was also "inspired" by Islamic jihad. That simply can't happen; think of all the narratives that revelation would refute.