Sometimes, one has to remember that op-ed writers don't always get to pick their headlines, though I would hope that they're allowed to register their objections. So it's not clear that Los Angeles Times guest blogger Joel Silberman is responsible for the headline at his Monday blog post about how, or even whether, to deal with relatives who disagree with you politically on Thanksgiving.

But Silberman's resume indicates that he would probably have been comfortable with the headline used: "What to do if your crazy right-wing uncle comes for Thanksgiving." Excerpts and some background on Silberman follow the jump (bolds and numbered tags are mine; links in final two excerpted paragraphs are in original): 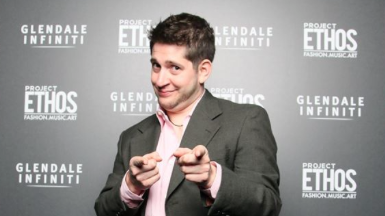 ... for many, Thanksgiving is one of the only times when we encounter people we care about with whom we also disagree. Throughout the rest of the year, most of us seek news from sources that affirm our worldview, read articles shared by like-minded friends that validate our perspective, and laugh (or cry) at social gatherings about how the other side has lost it. Ultimately, we end up in feedback loops, a phenomenon that political scientists call “epistemic closure,” and those loops affect everyone: Democrats and Republicans, conservatives and progressives, people who agree with us and people who are insane.

... it is valuable to engage in person with people with whom we disagree, if for no other reason than because face to face, we cannot ignore their humanity. In this way, hearing positions we oppose espoused by people who we love can even act as a kind of tether, a human face to remember when we listen to that incendiary conservative radio host or read that irritating liberal blogger.

In that vein, I say: Progressives, engage your conservative family members. Tell them you accept their apology for endlessly pounding the drum of Benghazi when even the Republican House now admits that there was nothing scandalous there [1]. Reassure them that the president is wholly within his authority [2] to defer deportations on 5 million undocumented immigrants -- but encourage them to demonstrate really loudly [3] against this executive action so that Democrats can win the Latino vote for a generation.

And conservatives, please, challenge your lefty family members. Boast proudly of your well-fought electoral victories this fall. Point out how, despite all its populist propaganda, the White House has still managed to deliver only full economic recovery for the country’s wealthiest [4], while everyone else struggles. Embarrass the liberals with jokes about the administration’s screw-ups on Obamacare [5], Iraq [6] and the Veterans Administration. [7] Encourage them to keep overreaching [8 ]so that your party can take the White House in 2016.

[1] — Even if one accepts the notion that there was "nothing scandalous" within the scope of the Benghazi report — which I don't, and which several Republicans, including Lindsey Graham and Jason Chaffetz, don't — there's the "little" matter concerning how high administration officials, up to and including Hillary Clinton and Susan Rice, knowingly lied to the American people and, in Hillary's case, in person to the families of those who died there, about the terrorist attack being caused by a video.

[2] — The President himself said that he lacked the authority to do what he did 22 times in the years before he took his unilateral action.

[3] — Apparently, "demonstrate really loudly," based on the item to which Silberman linked, really means, "try to fight Obama's immigration move in any way, shape or form." Nothing short of the GOP just shutting up and taking it is what Silberman wants, and if he tried to use a vague phrase like "demonstrate really loudly" in a discussion with me, he'd have to say exactly what he means.

[4] — The White House hasn't delivered any recovery to millions of American families — with African-Americans and Hispanics hardest hit — and his immigration move, by creating hypercompetition for low-paying jobs, promises to make that condition virtually permanent.

[5] — Though they are not unimportant, Obamacare is only peripherally about "screw-ups." It's primarily about the President lying to the American people dozens of times when he guaranteed that they could keep their health insurance plan, their doctor, their other medical providers, and their existing drug regimens — and long list of broken promises which have accompanied and followed that core betrayal.

[6][7] — Silberman is the guy who's crazy if he thinks Iraq or the VA wait-list scandal are screw-ups anyone is in the mood to "joke" about. Thousands of people have died because of Obama administration fecklessness and incompetence, respectively.

[8] — The left congenitally overreaches, knowing that at least occasionally the press will help them so much in their overreach that it actually works — at least for a time.

Silberman's resume includes making a childish video about Todd Akin's ill-advised rape-related remark in 2012, which at its end dishonestly attempts to smear Republicans with what Akin said — which is why I haven't linked to it.

His politics are predictably leftist and in-your-face. He likes Hillary for 2016 because she's "a wolf in wolf's clothing." And of course, opposition to, or even skepticism about, President Obama is presumptively racist:

As far as many of my fellow progressives and I are concerned, we offered an olive branch and the conservative movement replied by finding new and creative ways to call him the “N-word.

So much for recognizing the other person's "humanity."

So as noted earlier, the headline at Silberman's post reveals anti-conservative bias at the Times itself, on the part of Silberman, or both. But it really doesn't matter who put it there. The fact that it is there shows which side they're on, while exposing their immaturity.