Boy, it's a good thing that the unemployment benefits Congress continued to extend during most of the first five-plus years of Barack Obama's presidency didn't hurt the economy much.

A study commissioned by the Cleveland branch of the Federal Reserve concluded that extended benefits "only account for a fraction of the actual increase in the unemployment rate." The allegedly minimal impact of that "fraction" follows the jump.

The Cleveland Fed study said that "had the duration of UI benefits not been extended, the unemployment rate would have increased roughly one percentage point less from June 2008 to its peak in October 2009."

... Oh, wait a minute. Even before considering other factors such as worker disengagement from the workforce, a one-point-lower unemployment rate without extended benefits would have meant that about 1.45 million more Americans would have had jobs. 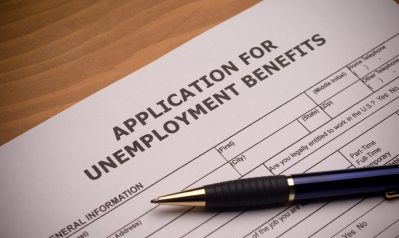 1.45 million more people working, each conservatively creating a annual value added of $60,000 (note: that's value added, not what they're paid), would have added $84 billion to the economy. This amount represents roughly a half-point of annual growth in Gross Domestic Product all by itself.

Also note that this back of the envelope caclulation doesn't consider the momentum created by the multiplier effect. As more people work and buy things, overall economic prospects improve, a sputtering economy recovers more quickly, and the unemployment rate declines at a faster rate.

As would be expected, press apparatchiks like Eastern Ohio's Business Journal and the Columbus Dispatch largely bought into the Cleveland Fed's shaky conclusion.

What the Cleveland Fed's study really did is prove opponents' point.