Atlantic Columnist: Progressives 'Have Every Reason to Be Celebrating'

Far be it from me to talk a leftist columnist out of an ignorant, self-satisfied position which might, if anything, cause his fellow travelers to hit the accelerator a little less aggressively in future political campaigns.

At the Atlantic on Monday afternoon, Richard Reeves, policy director of the Center on Children and Families at the Brookings Institution, claimed that the left shouldn't be so glum after Tuesday's election results, because "progressive policies are working." His very first graph makes a mockery of his claim (bold is mine): 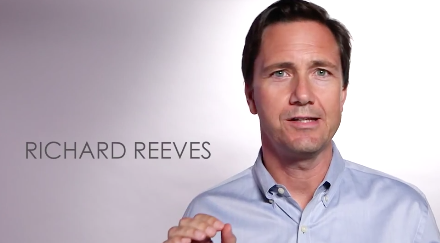 Progressives, these days, are a gloomy bunch, and it's not just because of the outcomes of last week's election. As they see it, there's much to be gloomy about: Poverty levels are stuck, they say, with little improvements made in recent decades. What's more, according to the standard progressive line, income inequality is soaring, and back to levels last seen in the roaring '20s. And, to top it all off, middle class incomes are flat, or even falling.

But here's the thing: Each of these claims is a significant overstatement. In fact: Progressives have every reason to be celebrating right now. Why? Because by and large, things aren't so bad as progressives claim, and the reason things aren't so bad is because progressive policies are working. Medicare and Medicaid, Earned Income Tax Credits, tax cuts favoring the working poor, expansion of health coverage, and so on—all of these policies are making Americans better off than they would otherwise be.

The official poverty measure is next to useless, given that it was set in the 1960s, and fails to take account of real incomes. If we use a more robust measure, one that includes the value of government benefits and transfers and treats income taxes (and tax credits) in a plausible way, poverty has actually fallen quite sharply in recent decades:

Percent of People Living in Poverty

That decline is the consequence of successive government interventions to improve living standards for lower-income Americans. Today, government transfers and credits keep around 40 million Americans out of poverty. Seven out of eight of these people would be poor today if the safety net were only as effective as it was in 1964, according to calculations by Arloc Sherman at the Center on Budget and Policy Priorities. Social Security alone slashes 8.6 percentage points off the poverty rate, according to the Congressional Budget Office.

Seriously now, the blue line above, which shows the Supplemental Poverty Measure stuck at 15 percent since the turn of the century and rising since Barack Obama became President, somehow strengthens his argument. What have "progressive" policies done for us in the last 15 years, Mr. Reeves? Not a flippin' thing, while helping to wreak financial havoc on current and future generations to the tune of $7.3 billion added to the national debt, with, according to the CBO, no projected end of annual $500 billion deficits in sight.

He uses a 2000-2010 graph to show that income inequality is "in check." The fact is that income and wealth inequality has increased greatly — since 2007, when either progressives controlled all of Congress, the White House, or both (2007-2010 proof is here; 2010 to 2013 admission by Federal Reserve Chair Janet Yellen is here).

Finally, he uses the period for 1979 to 2010 in an attempt to show that middle class incomes have been "supported" by progressive policies. During the past six years of predominantly leftist legislative and public policy control of the federal government, as the Census Bureau alums at Sentier Research have shown, household incomes first steeply fell, and then have failed to get back up — with minorities, particularly blacks, hardest hit.

Richard Reeves, especially coming from a liberal organization whose pronouncements are usually not so delusional, is not doing his fever-swamp leftists any good when he claims that progressive ideas are on the ascendancy while implying that the inevitable march of history is with them. Unfortunately, a comfort food column like his will make their return to reality that much harder when it finally smacks them in the face — or their fury that much more severe if the continue to fail to recognize their movement's failure.