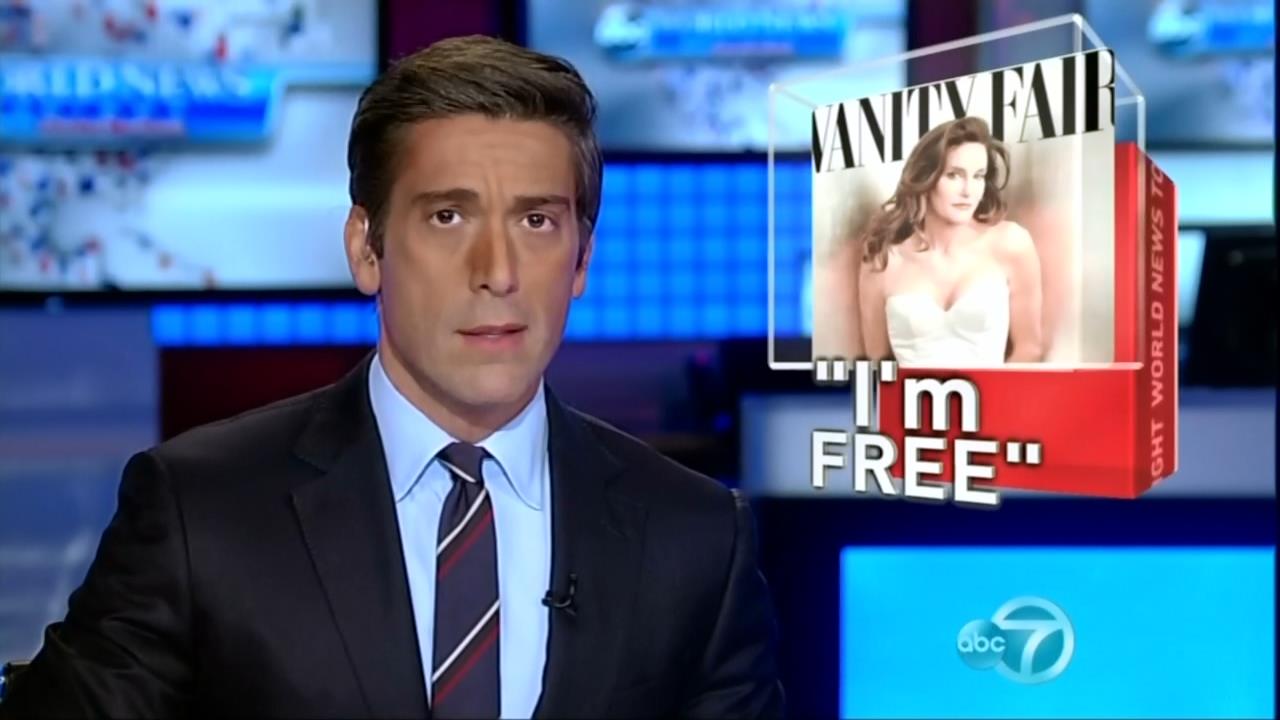 Washington Post media reporter Paul Farhi reported Tuesday something that TV news junkies know: “ABC News” is beginning to sound tinny. It’s more like “ABC Fun to Know.” Farhi softened it to “It’s brighter, tighter and indeed quite a bit lighter than its evening rivals.” That’s code for “dumber.” They're winning the ratings race by going as soft as the Snuggle Bear.

Farhi noted ABC has no full-time congressional correspondent for the evening news, and despite the title World News almost never leads with....world news. “During May, the broadcast led with domestic news almost every night of the week, despite a flood of developments in Syria, Iraq, Europe and elsewhere.”

He added “Under [Diane] Sawyer, World News became noticeably softer, with a greater emphasis on celebrity and entertainment stories, weather coverage, crime fare, news-you-can-use and YouTube’s hottest videos. The trend has continued, and perhaps accelerated, with Muir, 41, at the anchor desk.”

The stories are short, the sentences peppy and upsetting to an English teacher:

It’s not just what World News covers that sets the broadcast apart, but how quickly it covers it. By design, Muir’s newscast has a faster and more urgent pace than those of his predecessor and rivals. According to Tyndall’s statistics, the average correspondent’s news report on “World News” was just 100 seconds last fall, compared with 138 seconds on NBC and 121 on CBS.

The breathless quality comes across in the newswriting and reading. Muir and [his] reporters frequently eschew verbs, replacing them with gerunds in a kind of headline-style speed talk. To wit: “And tonight, flash flood watches across the plains.... Black Hawk helicopters airlifting families to safety,” the anchor intoned at the start of another weather story.

The funny part of the story is hearing ABC’s producers trying to pitch their new approach to winning the ratings. Executive producer Almin Karamehmedovic said “I think it’s important to have a style that is unique. Not different to be different, but simple and clean and without confusion.”

“Simple and clean and without confusion” also describes Sesame Street and other programs for children.

Karemehmedovic was promoted after overseeing “ground-breaking content” at Nightline, which nightly gives its old host Ted Koppel headaches by covering tabloidish topics like “bootleg butt injections!” They went 200 days without covering Obamacare while it covered "Extreme Open Houses," but who thinks this is a "news" program? ABC calls that kind of “news judgment” a “wonderful eye for riveting television.”