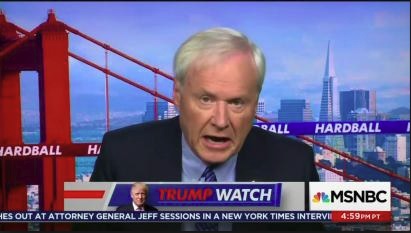 Even The Washington Post is picking up juicy gossip from The Daily Caller. A long-running lawsuit against Ed Schultz from NBC producer Michael Queen revealed e-mails from Schultz “in which he’s less than complimentary about his now-MSNBC brother, Chris Matthews.”

In a May 2008 e-mail to Queen, Schultz mocked Matthews: “Do you think it’s a good idea if I spit all over myself like Chris Mathews [sic] during the pilot?...What the f***? Every time he gives a commentary he’s foaming at the mouth? Does the guy have some condition we don’t know about?”

Oprah Winfrey was also one of Schultz’s e-mail victims. “I am not interested in Oprah,” he wrote Queen in another message.“She is not a serious player for a political show.” She was certainly hailed by the media as a serious player when she endorsed Obama for president.

Queen’s lawsuit against Schultz goes to trial on May 11.