Rutenberg acknowledged how throroughly Kelly dominates her time slot and is battling with Bill O’Reilly for the top of the cable-news mountain. He described a sharp-elbowed Wednesday night program and followed up: 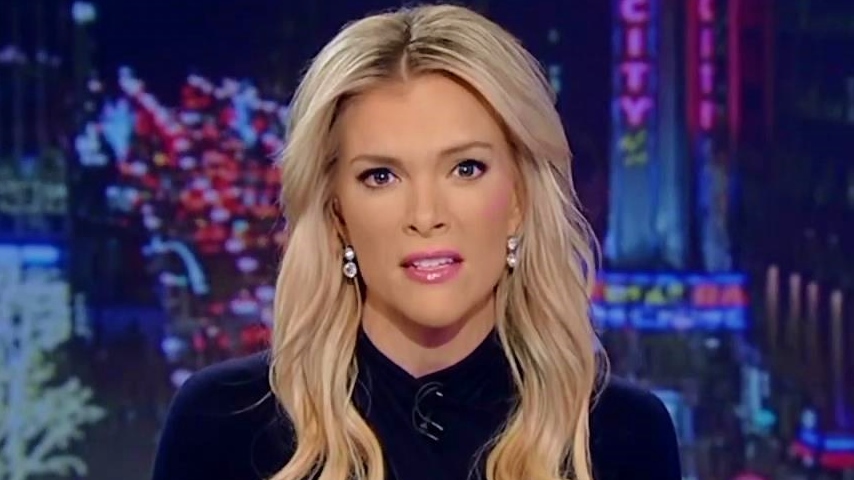 Her audience of 2.8 million was four times as large as Rachel Maddow’s on MSNBC and six times larger as that of Somebody’s Gotta Do It, the Mike Rowe program on CNN about people who devote their lives to odd passions. In fact, The Kelly File was the highest-rated nonsports program in her time slot in all of basic cable in 2014. For Roger Ailes, the Fox News Channel chairman and chief executive, who put her there and raised her in his television image, Kelly has become his “breakthrough artist,” the one who will define Fox’s future.

Rutenberg described that Wednesday show as containing a “Megyn moment,” where Kelly turns the tables on the kind of guest Fox News critics presume would get nothing but softball questioning.

For those unfamiliar with the phenomenon, a Megyn moment, as I have taken to calling it, is when you, a Fox guest — maybe a regular guest or even an official contributor — are pursuing a line of argument that seems perfectly congruent with the Fox worldview, only to have Kelly seize on some part of it and call it out as nonsense, maybe even turn it back on you.

You don’t always know when, how or even if the Megyn moment will happen; Kelly’s political sensibility and choice of subjects are generally in keeping with that of the network at large. But you always have to be ready for it, no matter who you are. Neither Karl Rove nor Dick Cheney have been spared their Megyn moments, nor will the growing field of 2016 presidential aspirants, who can look forward to two years of interrogation on The Kelly File. The Megyn moment has upended the popular notion of how a Fox News star is supposed to behave, and led to the spectacle of a Fox anchor winning praise from the very elites whose disdain Fox has always welcomed.

In the process, Kelly’s program has not just given America’s top-rated news channel its biggest new hit in 13 years; it has demonstrated an appeal to the younger and (slightly) more ideologically diverse demographic Fox needs as it seeks to claim even more territory on the American journo-political landscape.

In fact, Fox is dominating the ratings and making big money:

He started Fox News in 1996, led it to first place in the cable-news ratings in 2002 and has widened his lead ever since. At the point it surpassed CNN, Fox News had an average prime-time audience of 1.2 million, while CNN’s was 900,000 and MSNBC’s was around 400,000. By the end of 2012 — a presidential-election year, with higher-than-typical news viewership — its prime-time audience of more than two million was the third-biggest in all of basic cable and larger than those of MSNBC (905,000) and CNN (677,000) combined. By last year, its share of that news pie had climbed to 61 percent, and it had moved to second place in the prime-time rankings for all of basic cable, behind ESPN.

This has given Ailes consistent bragging rights, no small matter for a man whose braggadocio is television legend. (When Paula Zahn departed Fox News for CNN in 2001, he said he could beat her ratings with “a dead raccoon.”) But it has also given him something more impressive: ever-increasing profits. During a 10-year span, Fox News’s profits grew sixfold to $1.2 billion in 2014, on total operating revenue of $2 billion, according to the financial analysis firm SNL Kagan. By contrast, those of CNN and MSNBC have leveled off over the past few years, with the occasional small dip or spike.

In all, Ailes has contributed 69 consecutive quarters of growth to Rupert Murdoch’s media empire, which split into two public companies in 2013. Within 21st Century Fox, which encompasses the film, broadcast-television and cable-entertainment divisions and employs 27,000 people, Fox News accounted for roughly 18 percent of the total profits last year, even though it has less than 8 percent of the employee base. Kagan projects that Fox News will deliver $1.9 billion in profit by 2018. “They’re just doing phenomenally,” said Derek Baine, the Kagan senior analyst.

It wrapped up with Fox News boss Roger Ailes seeing great things ahead:

As for Kelly, Ailes said, she had a long way to go to become one of the truly great television news talents, a distinction he reserves for Walter Cronkite, Diane Sawyer, Barbara Walters and, of course, Bill O’Reilly. But, he said, “we’ve been on the air for 18 years. She shows up, and in one year goes to No. 2 and close to No. 1. That is an astounding accomplishment. Before this is over, she may be bigger than anybody.”

Asawin Suebsaeng at The Daily Beast hated it in an article titled “Why Are You Still Falling for Megyn Kelly?” He wrote: “Fox News has done a fine job of branding Kelly as a serious, tough journalist amid its herd of thunderously partisan commentators.” Next to other Fox “horror shows,” he suggested “it’s true Kelly can achieve a simulacrum of competence....But in her own way and style, Fox News’ rising star is just as bad as the other horrific actors her network features....Megyn Kelly’s work is not a deviation from the rest of Fox News’ facts-allergic, ideologically driven output. She’s precisely where she belongs."