Like any women’s magazine selling pro-abortion feminism alongside cover girls wearing $1,800 earrings and $675 pumps, the February issue of Elle is bowing deeply to HBO's Girls creator and star Lena Dunham. The article was headlined “That Girl Is A Woman Now: In four years, Lena Dunham has springboarded from cable's freshest voice to full-on cultural icon.”

Jessica Pressler began with Dunham showing up in a black SUV at the Austin, Texas abortion center of Planned Parenthood, asking “Do I need to cover up my nipples?” The writer crassly noted this is odd considering “Her rack has logged so much screen time, it could be considered the show’s fifth girl.” Rack? Is this a women’s magazine? 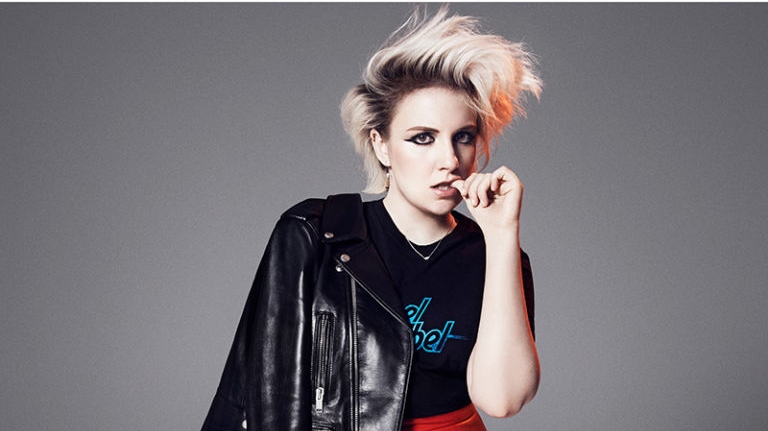 She’s the heroine of Planned Parenthood because “I want to make clear that the utterly self-involved, politically disengaged character I play on Girls is not who I am.” She gives a pep talk to the abortion workers about how to ignore the pro-lifers outside. She read a question off a card: “It can be very discouraging to see the protesters that gather outside. What would you do if you were in my shoes?” Leftist Lena did not disappoint:

“I am so sorry,” she says. “I mean, I get upset about Internet commenters, so I can’t imagine how you must feel with actual people screaming.” After the laughter dies down, she turns serious. “I think we’ve all learned it’s hard to change the minds of people who aren’t open and willing to grow and don’t have a certain level of decency.”

Don’t you love how liberals think when they’re being completely dogmatic and closed off to all opponents that they still prance about as the “open and willing to grow” people? Amazing. It continued:

“But I am sure you are doing an amazing job of letting the women who come in here know there are people in this building who care about them, and know that they are guilty of wanting nothing but the best for their families. And I think as long as you convey that, the noise of these protesters gets quieter and quieter. All of that other stuff is just static.”

Afterward, Dunham works the crowd like a career politician, posing for selfies and kissing actual babies. “I’m obsessed with this baby,” she murmurs, clutching a newborn in a Wendy Davis onesie.

There is no ironic wink at the contradiction of Dunham “kissing actual babies” in Wendy Davis onesies in a Planned Parenthood.

Later, Pressler returns to conservative “static,” this time from “the right-wing magazine National Review,” which wrote “If Dunham is indeed reflecting a tectonic shift in the public’s understanding of rights, and if...she is the voice of her generation, then one could seriously argue that we’re doomed.”

Pressler added: “There were enough people on the other side that she was able to tune out the static.” Dunham campaigns for Obama and Planned Parenthood because it’s apparently the most constructive use of her otherwise intolerable celebrity: 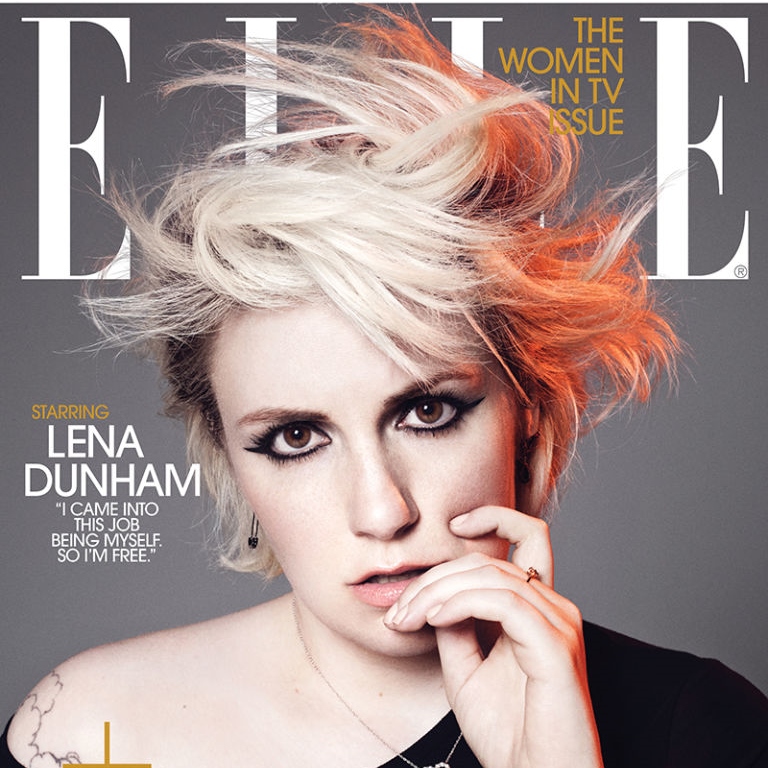 "I realized early on that I was not going to be able to have a comfortable relationship with celebrity if I didn't feel like I was using it to talk about things that were important to me. It was always going to make me feel gross, for lack of a better word. I was like, 'Oh, this attention is something I'm going to figure out how to use in a way that feels productive, healthy, and smart. And not just like as an excuse to collect handbags.' Although," she pauses, "I love handbags."

"There really is nobody just like Dunham…she's a really good actress: convincing, revealing, funny, and often heartbreaking in portraying a voice of her generation," says ELLE editor-in-chief Robbie Myers. "It's extraordinary to be able to watch a polymath at the start of what will be a life of incredible influence on the way women are understood and apportioned power, and to be with her simply as a fan and supporter of what she has and will have to say."