Bryant Gumbel: I 'Hate' the NRA, They're 'Pigs' That 'Don't Care About Human Life,' A 'Curse' on America 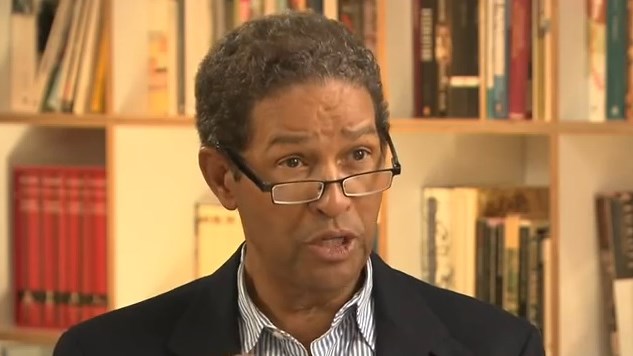 In an interview with Rolling Stone, HBO host Bryant Gumbel was asked about the National Rifle Association and a segment he did on his Real Sports show about the "Eat what you kill" movement.

There are a few things I hate more than the NRA. I mean truly. I think they're pigs. I think they don't care about human life. I think they are a curse upon the American landscape. So we got that on the record.

That said, I'm willing to separate that this story had nothing to do with that. It's not a gun story. So I would like to think that I would have done it, but I don't know. Obviously, that was my first experience around killing and guns and hunting.

Let's not be shocked this was Gumbel's first experience around hunting. There's a reason David Alan Grier impersonated him as prissy on the air on Saturday Night Live 20 years ago. Rolling Stone asked him about how a reviewer at the magazine called him "self-satisfied' when his HBO show debuted. Gumbel attributed it all to being very prepared.

So when you ask is it a negative thing, well, it shouldn't be, but it is often thrown at someone of color as if, "Who the hell do you think you are?" I think it's wonderful to be prepared and to be confident and to present yourself in that fashion without apology. But to a lot of people it's almost like I should be grateful for sitting where I am and I should make that known, and when I don't, some people see that as off-putting.

All three of these interviewers can sound "self-satisfied," but they do not ask questions with the same faces or the same tones of voice. It's not just a racial thing to find Gumbel off-putting. He certainly should be self-aware enough that people you call "pigs" aren't going to like you.