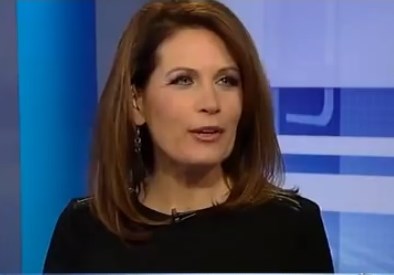 Fox News “Mediabuzz” host Howard Kurtz reports yet another tilted article by disgraced Rolling Stone writer Sabrina Rubin Erdely is getting scrutinized, an article obnoxiously titled “One Town's War on Gay Teens: In Michele Bachmann's home district, evangelicals have created an extreme anti-gay climate. After a rash of suicides, the kids are fighting back.”

Those crazy evangelical Christians, always creating a “climate” of hate and suicide. The controversial policy in question was a “neutrality” policy in Anoka-Hennepin district schools on homosexuality. Liberals hate neutrality. The leftist Southern Policy Law Center sued, Obama's Department of Justice intervened, and the school district backed away from neutrality as denying "dignity" to LGBT activists.

In a 2012 piece for Rolling Stone, Erdely wrote of a series of suicides in a Minnesota community among teenagers who were gay or perceived to be gay. She begins a girl named Brittany, who was taunted as a “dyke” and later killed herself. But then there is this:

“Like many 13-year-olds, Brittany knew seventh grade was a living hell. But what she didn't know was that she was caught in the crossfire of a culture war being waged by local evangelicals inspired by their high-profile congressional representative Michele Bachmann, who graduated from Anoka High School and, until recently, was a member of one of the most conservative churches in the area. When Christian activists who considered gays an abomination forced a measure through the school board forbidding the discussion of homosexuality in the district's public schools, kids like Brittany were unknowingly thrust into the heart of a clash that was about to become intertwined with tragedy.”

Bachmann doesn’t even live in the school district any more, and whatever her views on gays, linking her name to these tragic deaths seems more political than factual.

One of the local activists, Laurie Thompson of the Parents Action League, sent NewsBusters a note she sent to Erdely. It read in part:

In light of the national attention your recent article, "A Rape on Campus" has generated, I just could not resist sending you this email. You may or may not remember me, so let me refresh your memory.  As a member of the Parents Action League, you contacted me back in January 2012 when you were working on a story about the Anoka-Hennepin School District in Minnesota.  You wanted feedback from the Parents Action League for your story.  You provided a list of questions and we answered them.  I'm sure you recall that disgraceful piece titled "One Town's War on Gay Teens."  Had we known you had no intention of including anything we said in your article, we never would have followed through on your request for our point of view.

I can't decide which article is worse between the two that I've listed. You certainly don't hesitate to exploit any event as long as your ideological cause gets a boost. Once again, your blatant disregard for the truth, facts and evidence in any story you produce, has hurt many many people.  Shame on you!!

For a more detailed listing of the many flaws in the "War on Gay Teens" piece, check out this article from the Illinios Family Institute.