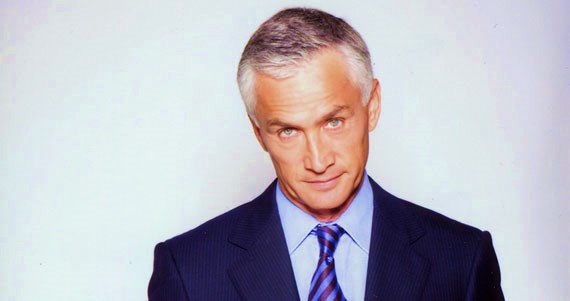 Receiving an award before the Committee to Protect Journalists, Univision anchor Jorge Ramos delighted The Huffington Post by giving a stemwinder speech in favor of advocacy journalism, including his usual tub-thumping for immigration “reform.”

Ramos pointed to a quote by the great Nobel Peace Prize winner Elie Wiesel to bring his point home: “We must take sides. Neutrality helps the oppressor, never the victim.”

"When we deal with the powerful, we have to take a stand," he went on. "I’m a reporter, I don’t want to be your friend. And trust me, you don't want to be my friend."

Ramos is best known for battering both parties to support amnesty for illegal immigrants, and he's surely not satisfied with Obama's partial amnesty:

"Let me tell what it means for me to be a journalist and to be an immigrant," he said. "This defines me. I came to the U.S. after they tried to censor me in Mexico. So this country gave me the opportunities that my country of origin couldn’t give me. And, of course, when it comes to immigration, I take a stand."

Still, there is so much more that must be done to achieve justice for journalists around the world and we cannot stay silent, Ramos said. Silence, he reiterated firmly, is the enemy of journalism.

"Sadly, we stayed silent before the war in Iraq and thousands of American soldiers and tens of thousands of Iraq civilians died unnecessarily," he continued. "We have to learn from that. Silence is the worst sin in journalism. But the best is when journalism becomes a way of doing justice and speaking truth to power."