The three networks on Wednesday hyped the "historic agreement" between the Obama administration and Iran, seeing it as "legacy-defining" for the President. Yet, ABC, NBC and CBS also woke up to harsh Republican criticism. On Good Morning America, Amy Robach trumpeted, "There were celebrations on the streets of Tehran. People there welcoming the historic agreement."

Martha Raddatz announced that Secretary of State John Kerry had scored a "historic deal." She added, "But it is clear his work is not over, despite the excitement about the agreement here in Tehran." Over on NBC's Today, Peter Alexander saw "a legacy-defining deal for President Obama."

Alexander also touted it as a "the landmark agreement." Landmark? Historic? Aren't these terms accurate only if the deal goes through? The NBC reporter dismissed this idea, chiding, "To override a veto, Savannah, it would take all Republicans, plus 13 Senate and 44 House Democrats. Right now that looks like a really big, long shot." 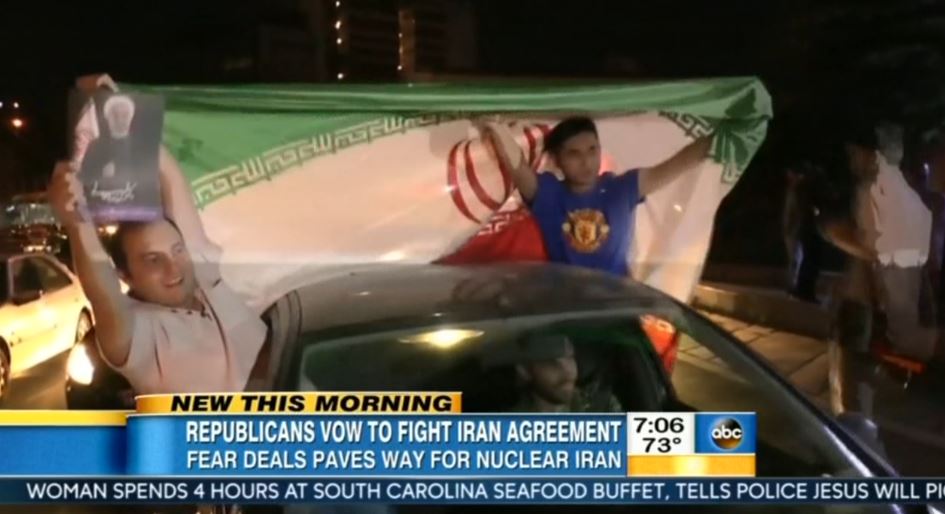 On CBS This Morning, Charlie Rose explained that "Republicans are denouncing a historic international accord to limit Iran's nuclear program." Reporter Nancy Cordes noted that Speaker John Boehner lectured, "The deal that we have out there in my view from what I know thus far is unacceptable."

On GMA, Raddatz spotlighted anger, noting, "But in Israel, Prime Minister Benjamin Netanyahu was the deal's biggest critic calling it a mistake of historic proportions." She included a clip of Netanyahu attacking, "The world is a much more dangerous place today than it was yesterday."

During discussion of the deal, ABC and NBC ignored the fate of U.S. prisoners in Iran.

A transcript of the July 15 GMA segment is below:

AMY ROBACH: Now to the fallout from that nuclear deal with Iran. There were celebrations on the streets of Tehran. People there welcoming the historic agreement. The reaction back here at home mixed. Republicans vowing to fight the deal in Congress and ABC's Martha Raddatz is in Tehran with the very latest. 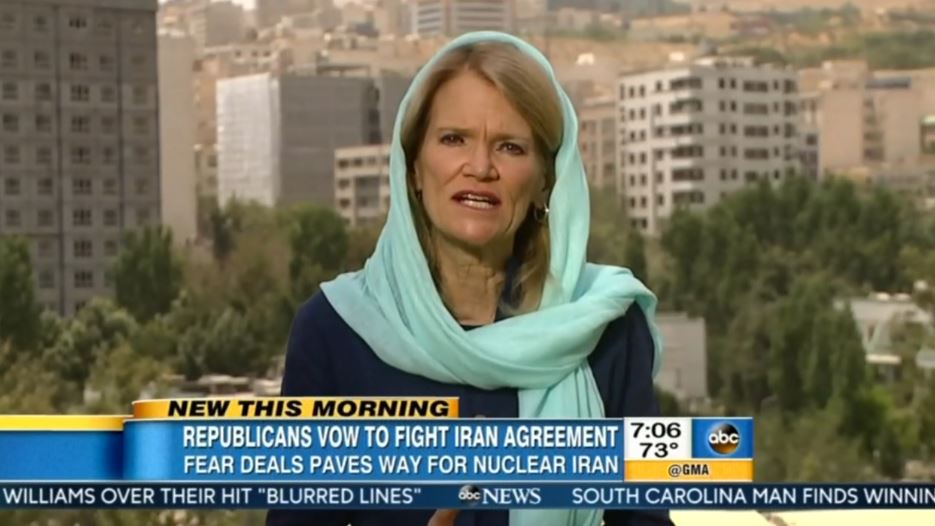 MARTHA RADDATZ: Secretary of State John Kerry arrived back in the U.S. overnight after weeks of marathon negotiations ending with that historic deal. But it is clear his work is not over, despite the excitement about the agreement here in Tehran. Fervent reactions to the nuclear deal resonating around the world. On the streets of Tehran, those who suffered under sanctions for years danced overnight in celebration. But in Israel, Prime Minister Benjamin Netanyahu was the deal's biggest critic calling it a mistake of historic proportions.

BENJAMIN NETANYAHU: The world is a much more dangerous place today than it was yesterday.

RADDATZ: And back at home, House Speaker John Boehner spoke out vehemently against the deal, threatening to halt it.

JOHN BOEHNER: It's going to hand a dangerous regime billions of dollars in sanctions relief while paving a way for a nuclear Iran. If, in fact, it's as bad a deal as I think it is at this moment, we'll do everything to stop it.

RADDATZ: Now, House speaker Boehner and Congress have 60 days to review the agreement and vote to accept or reject it. But President Obama has threatened to veto a congressional rejection, telling the New York Times –

BARACK OBAMA: This, by a wide margin, is the most definitive path by which Iran will not get a nuclear weapon.

RADDATZ: And Secretary of State John Kerry argued that there is no great alternative to the deal.

RADDATZ: But President Obama acknowledged in his interview with the New York Times that some of the money that Iran receives from sanctions relief could be used to sponsor terrorism against its enemies in the region. The President saying, "we will have to systemically guard against that." George?