Secret police raids in Wisconsin targeted conservatives whose only crime seems to have been donating to conservative causes. Yet, the story, first reported in National Review, has been ignored by the networks. It was only Fox News that highlighted the story on Wednesday. Correspondent Trace Gallagher explained how Wisconsin's John Doe investigation allowed prosecutors to go after conservative groups, such as the Wisconsin Club for Growth. Then, it expanded to supporters.

Appearing on The Kelly File,  Gallagher recounted, "Cindy Archer among them says late one night she was jolted awake by what she thought was a home invasion. It turned out to be a police raid. More than a dozen police officers holding a battering ram, yelling and pounding on her door. She said she was trying to calm down her dogs and get dressed with her body in full view of police. When she opened the door, she kept begging them not to shoot her dogs."

Archer was told not to speak out about her ordeal or face contempt of court charges. Kelly talked to National Review writer David French about victims like Cindy Archer: 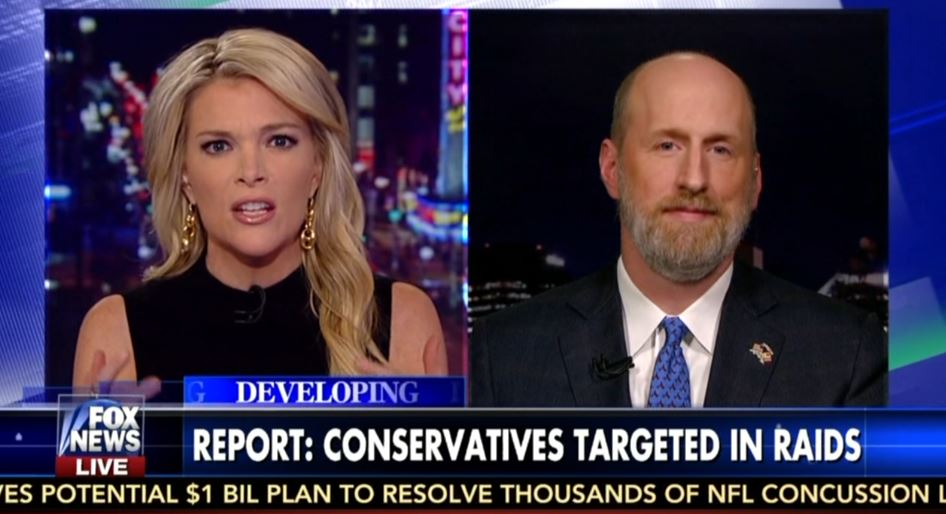 MEGYN KELLY: But on the phase one they did wind up prosecuting a couple people for some minor campaign finance violations and many entered into phase two which was, I guess more expansive and invasive. And have there been any prosecutions?

FRENCH: No, not in that phase two. Phase one began with an actual criminal complaint then it was expanded 18 separate times until at the end of it they were investigating literally constitutionally protected issue advocacy and they were using the facts that people had spoken freely, supporting conservative causes as sufficient evidence to get these subpoenas and the search warrants.

Yet, ABC, CBS and NBC have, so far, skipped the terrorizing of Americans simply for their political beliefs. 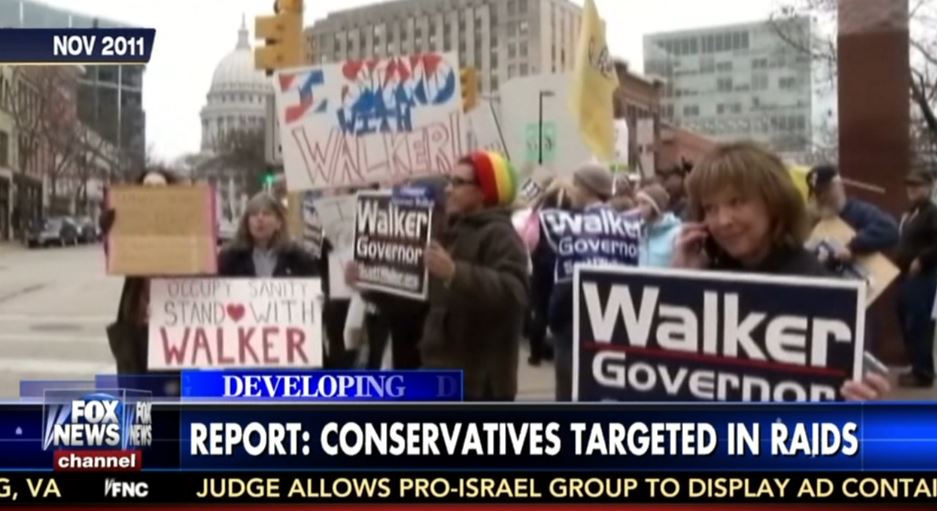 French predicted that even in the networks wake up to this story, conservatives shouldn't expect much:

As Scott Walker runs for president, the national media will finally join the Wall Street Journal in covering John Doe. Given the mainstream media’s typical bias and bad faith, they are likely to bring a fresh round of pain to the targets of the investigation; the cloud of suspicion will descend once again; even potential favorable court rulings by either the state supreme court or the U.S. Supreme Court will be blamed on “conservative justices” taking care of their own.

A partial transcript of the April 22 Kelly File segment is below:

KELLY: Unbelievable. Trace, thank you. David French is the National Review writer who brought this story to the country's attention in a piece that is already going viral. He joins me now. David, thank you for being here. You're a very smart man, Harvard educated and you've done a lot of impressive things. When you started looking into this, could you believe these stories of local cops on a prosecutor's order who did manage to get a judge to sign a warrant, going in the middle of the night while children were sleeping in their beds, denying mother's request that they not barge into the children's rooms and scaring the beJesus said of these children because they were investigating conservative donations and conservative advocacy?

DAVID FRENCH: I couldn't believe it. I heard rumors of this but it wasn't until three brave women went one on the record, two off the record, came forward to tell their story and their family's story that the true dimensions were exposed. There were battering rams, there were police officers in their faces, screaming at them, yelling at them, taunting them, telling them they couldn't contact a lawyer, telling them they couldn't even tell friends and family what they were enduring. And at the same time, one of the women looked out and saw neighbors gathering around watching this raid take place, saw a reporter who mysteriously found out about the raid walking around outside of her house and she couldn't defend herself publicly. These families could not defend themselves publicly.

KELLY: What were they accused of doing?

FRENCH: Well, that is -- that's what so outrageous here. The investigation that ended up occurring was an investigation of protected speech. A political speech specifically issue advocacy advocating for conservative causes.

KELLY: This is just like the IRS deal, only its local officials instead of feds.

FRENCH: It's the IRS, if the IRS came with battering rams. If the IRS intruded into the sleeping -- the bedrooms of sleeping children. And this is an intrusion that didn't just violate their rights; it had lasting negative consequences for these families.

KELLY: Now, I know in the initial investigation and we won't get into too many details but we were going to keep expanding on this. But on the phase one they did wind up prosecuting a couple people for some minor campaign finance violations and many entered into phase two which was, I guess more expansive and invasive. And have there been any prosecutions?

FRENCH: No, not in that phase two. Phase one began with an actual criminal complaint then it was expanded 18 separate times until at the end of it they were investigating literally constitutionally protected issue advocacy and they were using the facts that people had spoken freely, supporting conservative causes as sufficient evidence to get these subpoenas and the search warrants and to come –

KELLY: Who was the judge that signed up on these subpoenas?

FRENCH: The judges' name Barbara Kluka, I believe that's how you pronounce her name. And she did, she signed off of hundreds of pages worth of subpoenas in literally one afternoon worth of work. It was a rubberstamp process, it was not true judicial oversight and the result has been catastrophic for citizen's rights.