Flummoxed Charlie Rose on Midterm Anger: 'Why Is It They Don't Like' Obama?

The CBS This Morning crew on Tuesday alternated between confusion as to why Barack Obama may be driving Republicans to a big midterm victory and strident declarations that the GOP would have no mandate. Co-host Charlie Rose talked with political director John Dickerson and wondered of disenchanted voters: "So, why is it they don't like this President so much? Is it a spillover from ObamaCare or something else?"

Dickerson declared that the midterm elections are not "about a set of ideas." Perhaps looking for reassurance about next Tuesday, Rose insisted, "...If the Republicans win the Senate and control the Congress, they have no mandate." Co-host Norah O'Donnell pre-spun the bad news: "If Republicans take control, they're going to win in six Senate seats that Mitt Romney won by double digits in the last presidential election. Where's the mandate for compromise in that?"

O'Donnell then tried to downplay the importance of the elections, noting, "Every midterm election, that since World War II, the President's opposing party has lost an average of six seats. It's really about a fickle public." 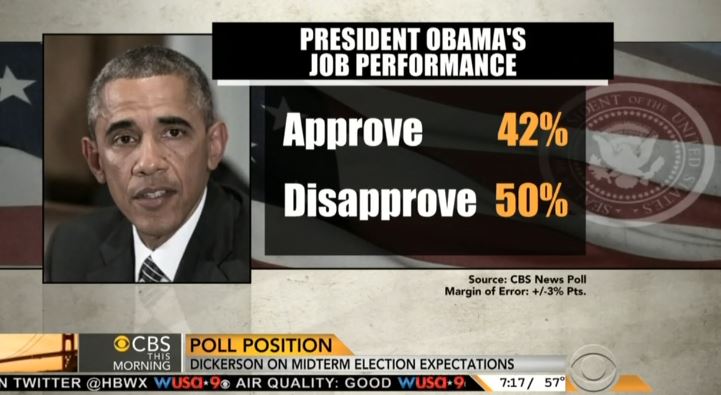 Dickerson made sure to differentiate between what he saw as midterm voters who "don't want compromise" and "the majority of the public and they do want compromise."

Of course, the 2006 midterm elections were largely run without ideas and simply on opposition to George W. Bush. Yet, journalists didn't seem as upset. In a piece for Slate, Dickerson admitted as much: "Democrats had no unifying message when they ran against Bush in 2006 either, other than his unpopularity."

That point didn't make it onto CBS, Tuesday.

A transcript of the October 28 CBS This Morning segment is below:

NORAH O’DONNELL: One week from today, Americans will vote in the midterm elections. In Louisiana, three-term Democratic Senator Mary Landrieu is in a tough fight.

CHARLIE ROSE: In a debate last night, Landrieu put some distance between her and President Obama but not too much. 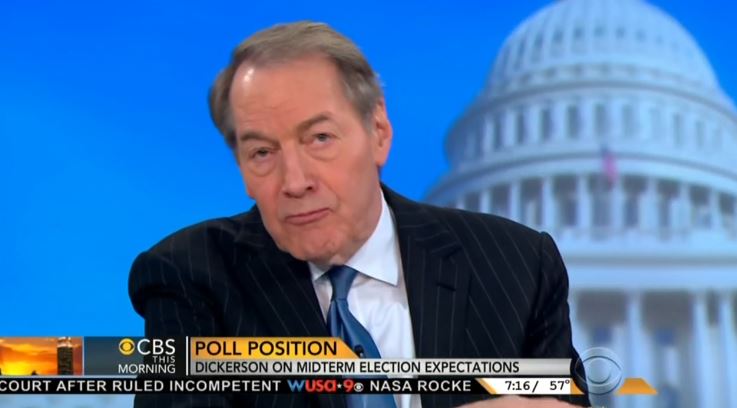 ROSE: So, listening to her, is the emerging issue here President Obama?

DICKERSON: You know, watching her trying to balance that, this is what every top Democratic candidate in a tough race has had to do, be their own person, but not make a clumsy kind of rush away from the president. But yes, Republicans if you look at their ads, you look at the debates, you look at what they say on the stump, it is Obama, Obama, Obama. Which means that if you look at what's being talked about in this debate and talked about in the way you have to kind of drive home an idea, it's all about this president. It's not necessarily about a set of ideas. 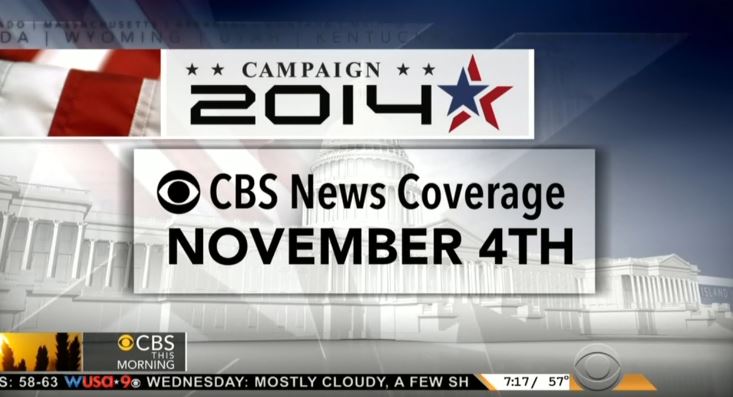 ROSE: So as you wrote this morning, therefore, if the Republicans win the Senate and control the Congress, they have no mandate.

DICKERSON: Well, right. Elections are supposed to be about here are a set of ideas we believe in and we've gotten the public to ratify those ideas. They also give a kind of to-do list for the new people in office. Well, it’s no to-do list, we don't like Obama. So that if Republicans take control there will be a big debate about okay what do we do next?

O’DONNELL: But if Republicans take control they're going to win in six Senate seats that Mitt Romney won by double digits in the last presidential election. Where's the mandate for compromise in that? 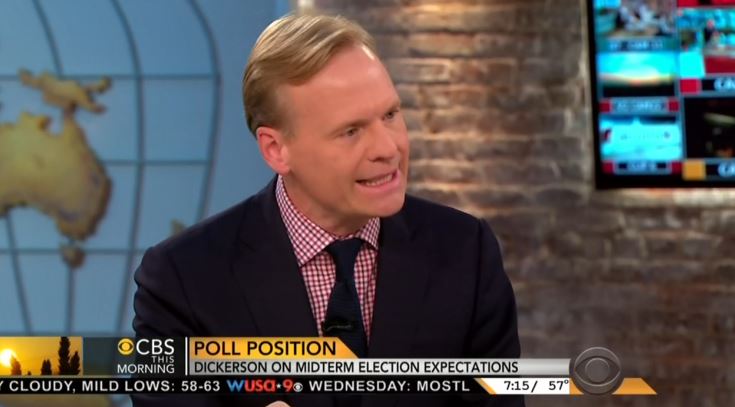 O’DONNELL: Okay, so you say the headline will be everyone is voting against President Obama. But doesn't history show that in nearly, every, the six-year itch, every midterm election, that since World War II, the President's opposing party has lost an average of six seats. It's really about a fickle public.

DICKERSON: Well, it is about a fickle public. And it’s also about where these races are being run. As you say, they're running in deep red states. States with a lot of Republicans. So the question is, after this is all over, after $4 billion has been spent what is the message that then you take into governing? Right now, it looks like the message is we do not like this President that we, the Republicans, are then going to have to work with.

ROSE: So why is it they don’t like this President so much? Is it a spillover from ObamaCare or something else?

DICKERSON: Well, in the states that are going to decide who controls the Senate they don't like this president because he's got a "D" next to his name and because of ObamaCare and because they believe that his government is an intrusion in their lives. And the latest thing that’s come up in a series of different things from the Secret Service to Ebola to the IRS scandal is that the federal government doesn't work. So it's not -- it's inefficient. Ineffective and it's mucking around in your lives.