Now online: the June 15 edition of Notable Quotables, MRC’s bi-weekly compilation of the latest outrageous quotes in the liberal media. This week, the New York Times sinks its investigative teeth into Marco Rubio, and makes the bombshell discovery that the GOP presidential candidate had four traffic tickets in a 17-year span.

Meanwhile, MSNBC host Chris Matthews pops up on NBC's Meet the Press to absurdly declare Hillary Clinton a "centrist," and that "most Democrats are not lefties," while Newsweek smears that Oklahoma City bomber Timothy McVeigh's "ideals" have become the "mainstream" of the Republican Party. Highlights are posted below; the entire issue is posted online with 18 quotes at www.MRC.org. 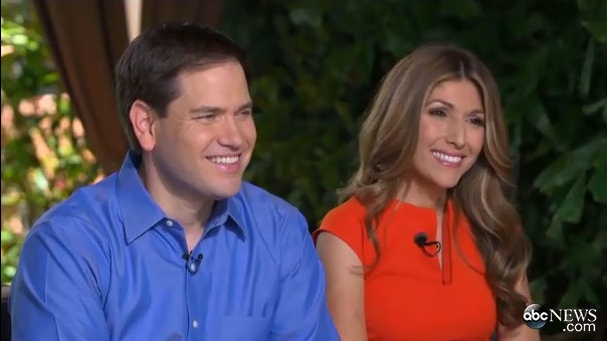 “According to a search of the Miami-Dade and Duval County court dockets, the Rubios have been cited for numerous infractions over the years for incidents that included speeding, driving through red lights and careless driving. A review of records dating back to 1997 shows that the couple had a combined 17 citations: Mr. Rubio with four and his wife with 13....Mr. Rubio’s troubles behind the wheel predate his days in politics....”
— From a June 6 New York Times story by correspondents Alan Rappeport and Steve Eder, “Plenty of Notice for Rubios on the Road.”

No Complaints About Obama’s $18 Trillion National Debt, But...

“A review of the Rubio family’s finances — including many new documents — reveals a series of decisions over the past 15 years that experts called imprudent: significant debts; a penchant to spend heavily on luxury items like the boat and the lease of a $50,000 2015 Audi Q7; a strikingly low savings rate, even when Mr. Rubio was earning large sums; and inattentive accounting that led to years of unpaid local government fees....As Mr. Rubio, 44, seeks to counter questions about his stature and readiness for the presidency, his financial history creates particular complications.”
— From a front-page New York Times story by correspondents Steve Eder and Michael Barbaro, June 10.

“He is one of the Republicans’ fastest rising stars, just 44, the youngest presidential candidate in the field. But this morning, new scrutiny is focused on Florida Senator Marco Rubio’s financial struggles and spending habits....The New York Times this week detailed Rubio’s debt and mortgages, including his purchase of three homes, putting no money down on two of them.”
— Correspondent Peter Alexander on NBC’s Today, June 10.

Wacky Chris Matthews: “Most Democrats Are Not Lefties” 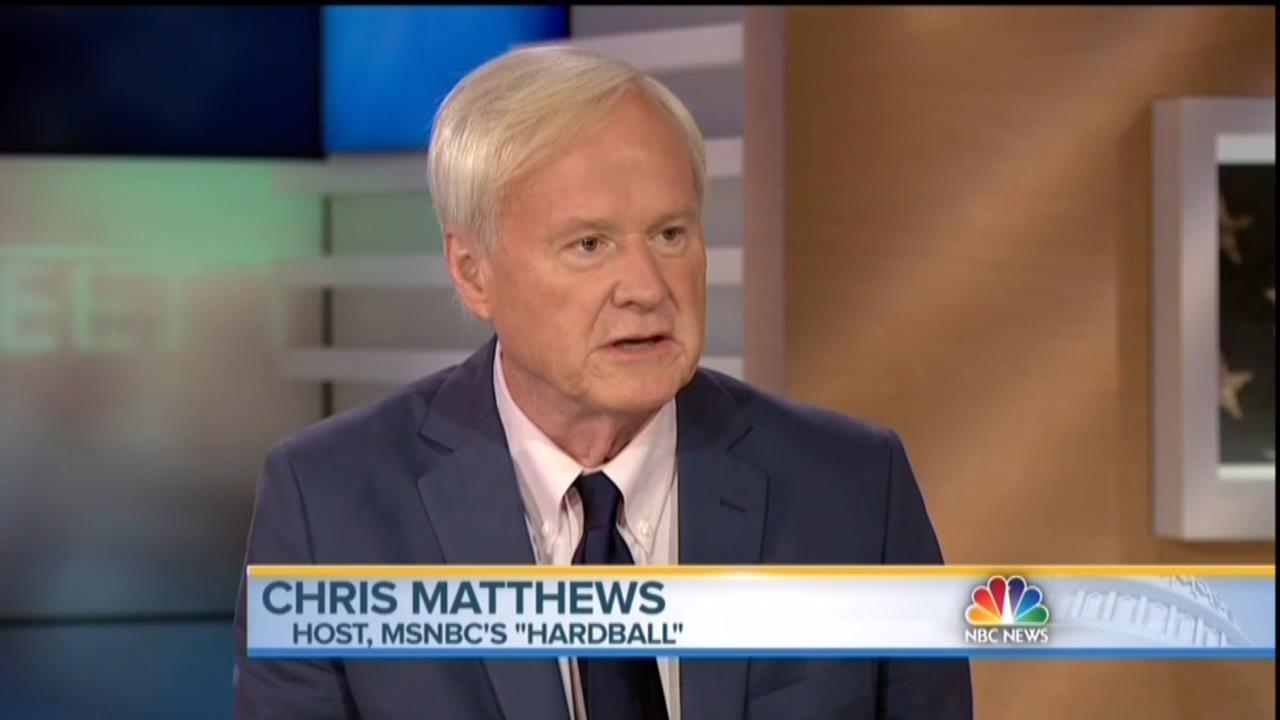 “If Hillary Clinton is a lefty, I didn’t know it, okay. She’s not a lefty. She is a centrist politician, a Democratic, a mainstream Democrat. Most Democrats are not lefties. I think one in three Democrats would even identify as liberal, much less the new term for progressive.”
— MSNBC Hardball host Chris Matthews on NBC’s Meet the Press, May 31.

“Thanks to Lincoln Chafee’s recent entrée into the 2016 primary, it would seem that a majority of the Democratic Party’s expected contenders are former conservatives who converted to liberalism later in life. That’s what you’d guess from their shifting party affiliations, at least: Chafee, James Webb and even Hillary Clinton all once proudly called themselves Republicans....But for Chafee and Webb, the transformation seems to have been less a result of shifting views than shifting goal posts. The candidates themselves didn’t get more liberal; the conservative party these moderates once identified with got radically more conservative...The polarization has been asymmetric, with Republicans having moved much further right than Democrats have moved left.”
— Washington Post opinion columnist Catherine Rampell, previously a New York Times business reporter, in a June 5 column: “The GOP’s Shifting Goal Posts.”

“Anti-government militia sympathizer Timothy McVeigh....was executed in 2001, but since then, some of his militia ideals have gone mainstream and even been introduced as laws in many states, including Oklahoma. Legislators in dozens of states have submitted proposals to nullify or block federal laws — a longtime goal of militias. These have included exempting states from federal gun laws and educational standards, as well as, of course, ObamaCare. That doesn’t make these anti-federal statutes part of McVeigh’s madness, but Republican politicians now often echo conspiracy theories once relegated to troglodyte pamphlets....When politicians court a base that believes the federal government is the enemy, it becomes nearly impossible to negotiate. Judging by the gridlocked committee rooms of the Capitol, that metaphorical truck bomb has already detonated in the heart of the American political process.”
— Newsweek’s Nina Burleigh in a June 1 post, “How Timothy McVeigh’s Ideals Entered the Mainstream.”

Host Brian Stelter: “Do you have a rooting interest in having them [Cosmopolitan readers] vote for Hillary Clinton?”
Cosmopolitan editor Joanna Coles: “We have a rooting interest in them being part of the political process. We leave it to them if they want to vote for Hillary. Would we like to see more female candidates running? Of course we would....”
Stelter: “‘Liberal cheerleading,’ is that a fair phrase for some of the coverage from Cosmo and the other magazines in the category?”
Coles: “‘Liberal cheerleading’ probably is, because, for the most part, young women’s interests are better supported by liberal/Democrat candidates.”
— Exchange during segment about whether women’s magazines are biased in favor of Hillary Clinton’s candidacy, CNN’s Reliable Sources, June 7. 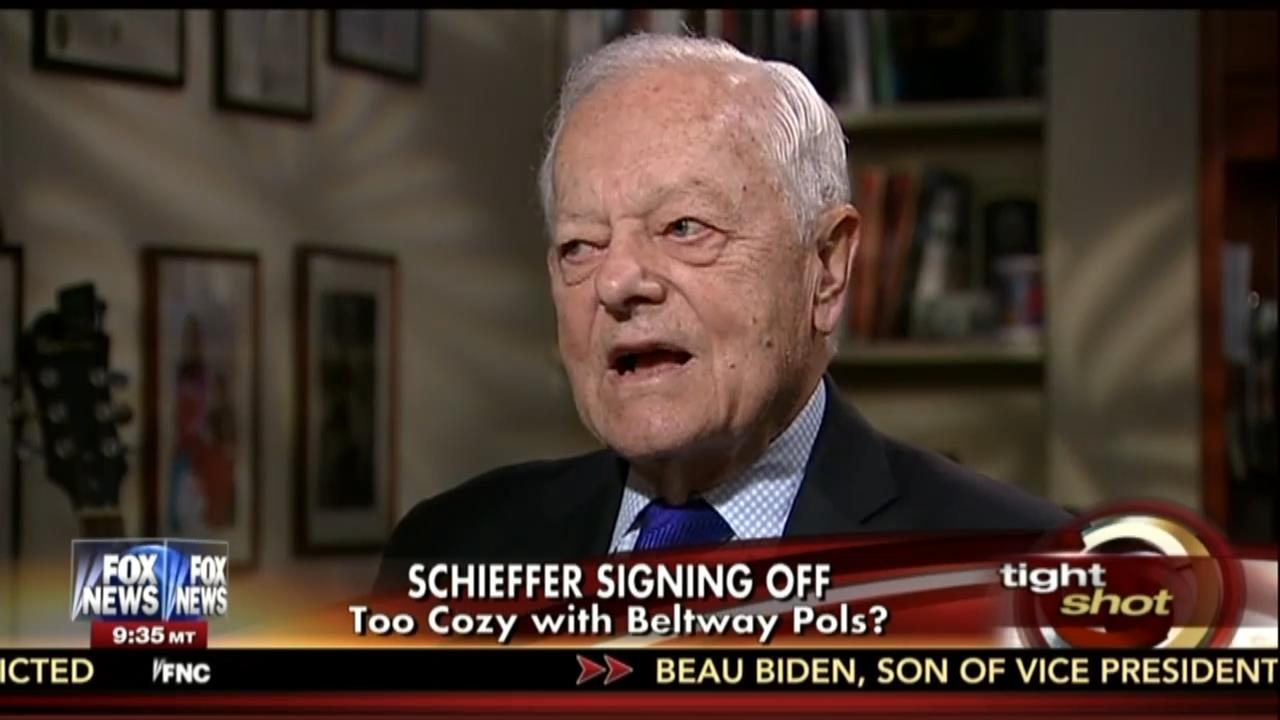 Host Howard Kurtz: “Would you agree, looking back, that the media gave Barack Obama an incredibly easy ride in 2008, and for much of his presidency?”
CBS’s Bob Schieffer: “Well, I think, I think the whole political world was struck by this fella who sort of came out of nowhere with this very unusual name, and when he won out in Iowa, I think people sat up and took notice.”
Kurtz: “But isn’t it the job of journalists to be skeptical, even of the young phenom?”
Schieffer: “Yeah, it is. It is. And I don’t know, maybe we were not skeptical enough.”
— From a recorded interview shown on FNC’s MediaBuzz, May 31, noting Schieffer’s retirement as host of CBS’s Face the Nation.