“Governor Cuomo’s speech showed it was possible for a Democrat to combat President Reagan on television with philosophy and metaphor, that passion could be the party’s engine and oratory its modern weapon,” the New York Times declared in a July 21, 1984 “news analysis” following the convention.

In the years that followed, reporters openly hoped that Cuomo’s rhetoric could be deployed as a presidential candidate against Republicans. “I’m going to quit my job and go to work for you,” ABC’s Sam Donaldson famously told Cuomo in 1992.

“He’s incredibly smart. He’s the most interesting person to talk to that I’ve ever met in politics,” Time’s Michael Kramer told ABC’s Nightline earlier that year. On CNN, moments after Cuomo’s nominating speech for Bill Clinton, Bill Moyers gushed on CNN: “It’s worth dying prematurely so you can hear somebody else do your eulogy if that somebody is Mario Cuomo.”

There is no right-of-center politician who has become a hero to journalists for their passionate rhetoric on behalf of conservatism, but Cuomo was a hero to reporters precisely because of his ideology and the capability with which he espoused it. Some of the more fawning quotes from the MRC’s archive, along with a video compilation of some early 1990s TV quotes:

“Well, now we all say Bill Clinton now that my, now that Mario Cuomo, Governor Cuomo, has opted out. Never forgive you for that, never. I thought Mario Cuomo would be the most formidable, the most expressive, demanding exponent of traditional Democratic values that the party has today. He would have been a candidate that would have given George Herbert Walker Bush fits.”
— Sam Donaldson, after being asked to name the Democratic front-runner on Live with Regis and Kathie Lee, January 16, 1992.

Cokie Roberts: “What are they [the Democrats] going to do? First of all, they don’t have another candidate [besides Bill Clinton]. There’s not somebody out there waiting in the wings, who’s a wonderful candidate waiting to run.”
Sam Donaldson: “Mario Cuomo!...I’m going to go down with the ship!”
— Exchange on ABC’s This Week with David Brinkley, May 31, 1992.

“I’m nominating you for President of the United States and I’m going to quit my job and go to work for you.”
— Sam Donaldson to Cuomo, as quoted in the July 13, 1992 New York Daily News.

“It’s worth dying prematurely so you can hear somebody else do your eulogy if that somebody is Mario Cuomo.”
— Bill Moyers on CNN, July 15, 1992.

“Cuomo is back. Propelled by the endorsement of New York City’s Republican mayor, Rudolph W. Giuliani, he has revived his campaign, not to mention his spirit, while his opponent, State Sen. George E. Pataki, has suffered an almost total meltdown with the rest of the state’s Republican Party....[He has] opened up an eight to 14 point lead while regaining the wit, agility and combativeness that brought him consideration as a presidential candidate, Supreme Court justice and Major League Baseball commissioner.”
— Boston Globe news story by reporter Steve Fainaru, November 5, 1994, three days before Cuomo’s loss to Pataki.

“Mario Cuomo seems not so much a defeated warrior these days as he does a liberated philosopher, free to travel the world expressing political views built on practical experience.”
— CNN’s Brian Jenkins in story on the man who lost his re-election bid, December 8, 1994 Inside Politics. 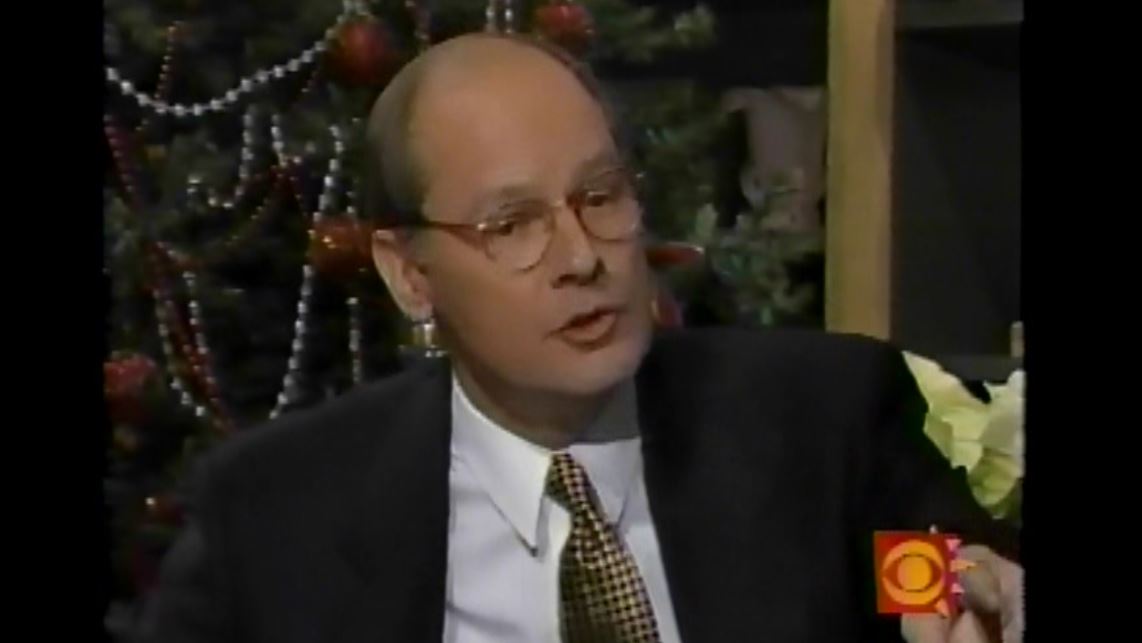 “For a dozen years, Mario Cuomo has been governor of New York, but he has also been much more than that: a leading spokesman for liberalism, an orator whose eloquent passion could rouse a convention and even a nation....Are you, will you continue to use this passion, will you continue to use this eloquence? Some people have suggested you should become a counterbalance to Rush Limbaugh.”
— CBS This Morning co-host Harry Smith to Cuomo, December 30, 1994.

“But with these guys coming [Jesse Jackson and Mario Cuomo], it was kind of like your young love coming back and oh, I remember when I was, you know, young and in love with this guy who was totally unacceptable, and I did the right thing by marrying the right guy — but gee, he was kinda cute.”
— ABC’s Cokie Roberts on Good Morning America, August 28, 1996, discussing the previous night’s speeches at the Democratic convention.

“[Mario] Cuomo was a rare combination: an intellectual and a spellbinding orator. I would have bet that he could have won the Democratic nomination and been elected to the presidency. He had electrified the 1984 Democratic convention with his keynote speech, and I never saw him fail to excite those who shared his liberal vision of America’s future. Despite the pollsters and political operators’ contrary opinions, I remain convinced that the public was ready for a leader who could restore that vision after the selfish eighties. I don’t believe the public has rejected liberalism; it simply has not heard a candidate persuasively advocate its humane and deeply democratic principles.”
— Walter Cronkite in his book A Reporter’s Life.

“If you were a kid in the Northeast during the 1980s, as I was, there is something awesome — in the literal sense — about sitting across a desk from Mario Cuomo, even if he now misplaces names and occasionally grasps for the point of an anecdote that has fluttered just out of reach. He was, at that time, the anti-Reagan, a powerful and resonant voice of dissent in the age of Top Gun and Alex P. Keaton. Cuomo, Ted Kennedy and Jesse Jackson were the three titans of the day who seemed to possess the defiance needed to rescue liberalism from obsolescence.”
— Correspondent Matt Bai in an April 10, 2011 New York Times Magazine profile of the former New York Governor.