In the 1980s and ’90s, journalists passed along expert predictions of the world as it would be in 2015. Now that the New Year has finally arrived, it might be fun to recall some of those forecasts. Keep these in mind as you hear sages confidently predict what we’ll find 20 or 30 years from now:

■ Huge surpluses for the U.S. government: In a front-page story for the April 2, 1988 New York Times, correspondent Peter Kilborn relayed fears that by 2015 the government would be taking in far more money than it could spend: 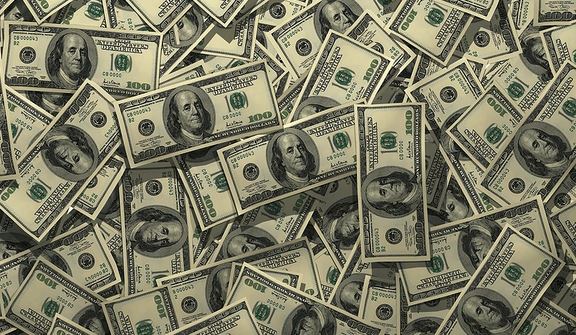 It may be hard to believe in this era of enormous federal budget deficits, but the government could soon be showing surpluses, even decades of large and growing surpluses.

The Social Security system is beginning to take in more money in payroll taxes than it pays out in benefits, money that it will eventually need when the huge generation born in the postwar baby boom retires. But all that money, though it cannot be spent for other purposes, counts as part of the federal budget.

And as the Social Security surplus grows, projections show it overshadowing the deficits in the rest of the government’s accounts before the end of this century....

By the year 2015, the annual Social Security surplus would be more than $500 billion, and the fund’s total assets would be about $7 trillion, well above the expected national debt.

Those predictions might have made sense in the Age of Reagan, but it’s now Barack Obama’s Washington, and the expected $500 billion surplus in Social Security is actually a $71 billion deficit, as of the latest report from the program’s trustees. According to the 2014 report, “Social Security’s total expenditures have exceeded non-interest income of its combined trust funds since 2010,” and without a legislative fix those deficits are expected to continue for the next 75 years.

As for the national debt that was expected to total less $7 trillion by now, in just the six years since Obama took office on January 20, 2009, the U.S. has accumulated $7.4 trillion in new debt, bringing the total to more than $18 trillion. 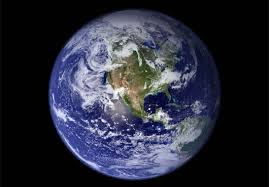 For most of human history, babies have been the universal symbol of hope for the future. But as a number, as a statistic, they have also become a symbol of a worrisome future....In the year 1 A.D. there were 200 million people on the planet. By 1800, there were a billion of us. By 1900, two billion. Now there are 5.6 billion and the optimistic goal of the UN plan is only 7.5 billion by the year 2015.

Only the most self-deceptive or fatalistic of us can overlook the meaning in these numbers: A birthrate that’s outstripping even the green revolution’s ability to feed people. A population growth that’s outpacing all but the most ambitious plans of developing countries to employ people. Human passengers sorely taxing what the environmentalists call the carrying capacity of the earth....

As 2015 begins, the world population is currently estimated at about 7.3 billion — not too far off from the UN estimates of 20 years ago.

But contrary to the pessimists, Planet Earth isn’t buckling under the pressure of all those new people. In fact, as the London Telegraph’s Fraser Nelson noted just a few days ago, life has never been better for the vast majority of humanity: “Global life expectancy now stands at a high of 71.5 years, up six years since 1990. In India, life expectancy is up seven years for men, and 10 for women. It’s rising faster in the impoverished east of Africa than anywhere else on the planet.”

As far as feeding today’s 7.3 billion stomachs, the worst famines of the 20th century were either caused by political failures, or exacerbated by war and broken politics. (Indeed, two of the worst were the consequences of sadistic policies carried out by communist governments in China and the Soviet Union: Mao’s “Great Leap Forward” in the 1960s and Stalin’s forced collectivization in the 1930s.) It’s not that the planet can’t support that many people, or many more — it’s wars and political dysfunction that conspire to create truly epic tragedies.

■ A real war on women: The January 12, 1997 edition of CNN’s Future Watch suggested 2015 would be a “frightening” year for women. Previewing a segment on what the 21st century might hold for women, host Donna Kelley intoned: “Imagine it’s the year 2015, and western women are forced to wear veils, soldiers patrol women’s clinics to prevent abortions, and all contraceptives are banned.” 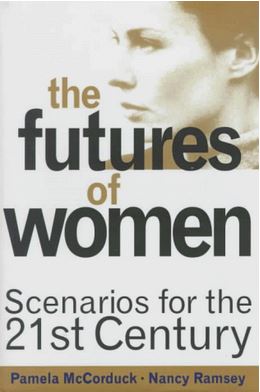 CNN’s segment was geared to promoting a then-new book, The Futures of Women: Scenarios for the 21st Century, by Pamela McCorduck and Nancy Ramsey, positing four possible futures for women. Kelley summarized:

DONNA KELLEY: The book spins out scenarios — predictions, built on premises and possibilities. In one scenario, titled ‘Backlash,’ violence against women increases dramatically. It’s a logical result, the authors say, of things happening in the world today.

Co-author PAMELA McCORDUCK: It is simply a fact of life, in many parts of Latin America, and Africa, and Southeast Asia. The men, they have their way, in any way, whatsoever. And if that includes beating on, and even killing their wives, that’s OK by that society.

KELLEY: In the book’s fictional future, women find it advantageous to transfer the mechanics of childbearing to a machine.

McCORDUCK: We imagine the artificial womb will be a reality by 2015. That is not a big leap. There is reason to believe that is true. In a backlash scenario, we could imagine that women will choose to gestate their babies in the artificial womb because they will be under constant scrutiny if they miscarry, even naturally.

Artificial wombs, troops at abortion clinics — imagine the Democratic campaign ads! While these scenarios were conjured by the book’s co-authors, not CNN, the news network made the decision to treat their dubious scenarios as credible and worthy of broadcast. The passage of time shows them to be spectacular flops instead.