Are you so gullible as to place your faith in the credibility of the current White House? If so, you might have to find yourself end up eating crow and apologizing to the skeptics for your gullibility as happened to Bloomberg Politics managing editor Mark Halperin on Morning Joe today.

Halperin's apology came on the heels of a report yesterday in the Wall Street Journal that despite previous White House denials, it actually had quite extensive contacts with Obamacare architect Jonathan Gruber.

Here are some of the details that made Halperin feel foolish for placing his blind faith in the White House:

Jonathan Gruber, the Massachusetts Institute of Technology economist whose comments about the health-care law touched off a political furor, worked more closely than previously known with the White House and top federal officials to shape the law, previously unreleased emails show.

The emails, provided by the House Oversight Committee to The Wall Street Journal, cover messages Mr. Gruber sent from January 2009 through March 2010. Committee staffers said they worked with MIT to obtain the 20,000 pages of emails.

...The emails show frequent consultations between Mr. Gruber and top Obama administration staffers and advisers in the White House and the Department of Health and Human Services on the Affordable Care Act. They show he informed HHS about interviews with reporters and discussions with lawmakers, and he consulted with HHS about how to publicly describe his role.

The administration has sought to distance itself from the economist in the wake of his controversial statements in a 2013 video, where he said the health law passed because of the “huge political advantage” of the legislation’s lacking transparency. He also referred to the “stupidity of the American voter.”

...The White House has described Mr. Gruber as having a limited role in crafting the law. President Barack Obama in 2014 said Mr. Gruber was “some adviser who never worked on our staff.” Mr. Gruber told Congress last year he disagreed with the widespread characterization of his role as the “architect” of Mr. Obama’s health-care plan.

Hey, the White House's dubious denial was sure believed by Mark Halperin with the result that he had to apologize to Republicans today on Morning Joe for believing the White House over them:

MIKA BRZEZINSKY: ...The man who said America was tricked about the high cost of Obamacare, was a lot closer to the controversial law's creation than previously known. New emails show that MIT economist Jonathan Gruber, remember him, was in regular contact with high level Obama administration staffers about the health care law policy... 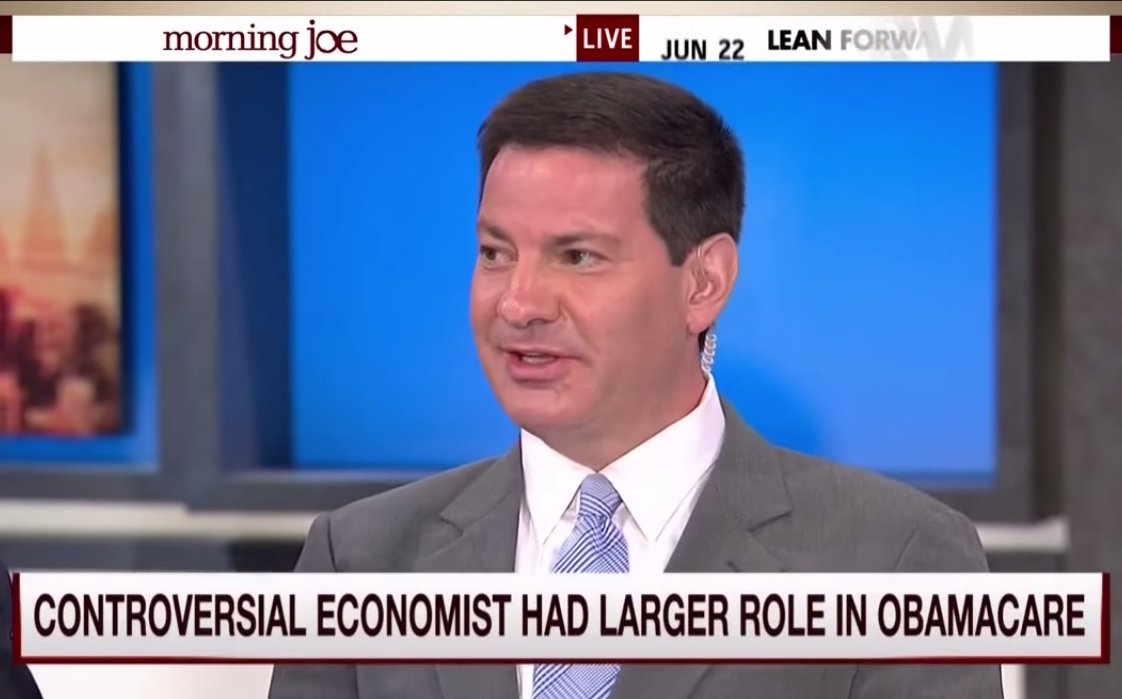 JOE SCARBOROUGH: But that's not what the White House said, Mark Halperin. They said he was not there.

MARK HALPERIN: No, and I owe all my Republican sources an apology because they kept telling me he was hugely involved and the White House played it down. They were right. The Republicans were right.

SCARBOROUGH: Did the White House lie about that?

HALPERIN: I think they were not fully forthcoming. Their recollections had paled.