Pundit: Conservatism Left America on a ‘Political Flood Plain,’ and Now ‘We're Being Swept Away’ 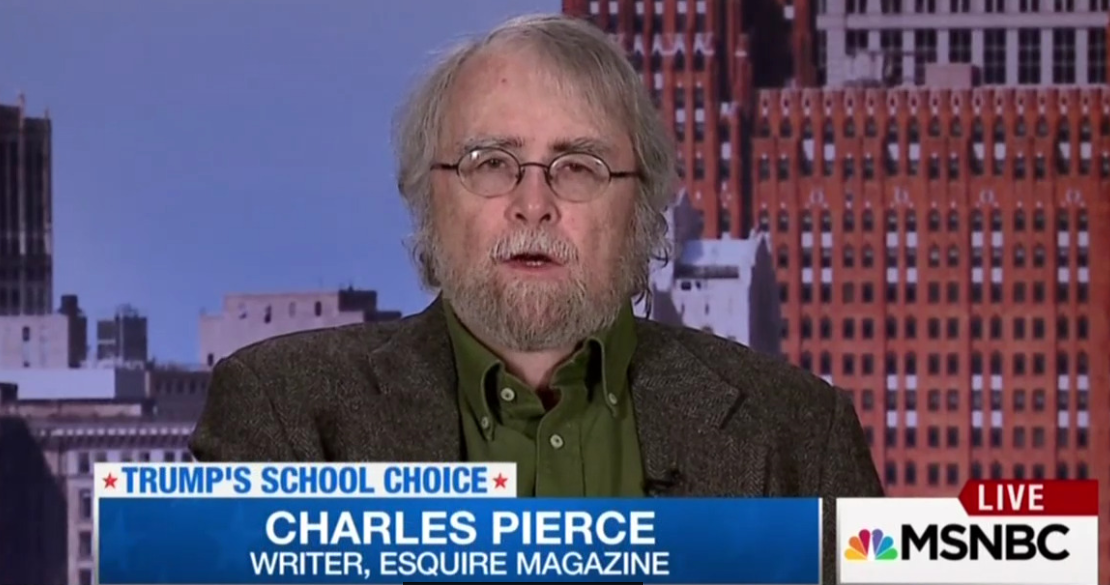 Was Ronald Reagan the original Washington wizard? Esquire’s Charles Pierce seems to think so. Pierce argued on Wednesday that in the 1980s, an ideological “spell…was cast” by the Gipper and his allies, and that as a result of various right-wing policies enacted since then, Harvey-related damage to the Houston area will be a lot worse than it should have been.

Pierce gibed, “It is now apparent that the city of Houston has managed itself in a way that was not dissimilar to the Monty Python sketch about the apartment building constructed through hypnosis,” and went on (bolding added):

Once, long ago, the conservative activist Grover Norquist famously said that he wanted to shrink "government" to a size at which it could be drowned in the bathtub. Well, people actually are drowning in Houston now, and so is the political philosophy that reached its height when Ronald Reagan said in his first inaugural that government wasn't the solution, but the problem itself. We all moved onto a political flood plain then, and we're being swept away.