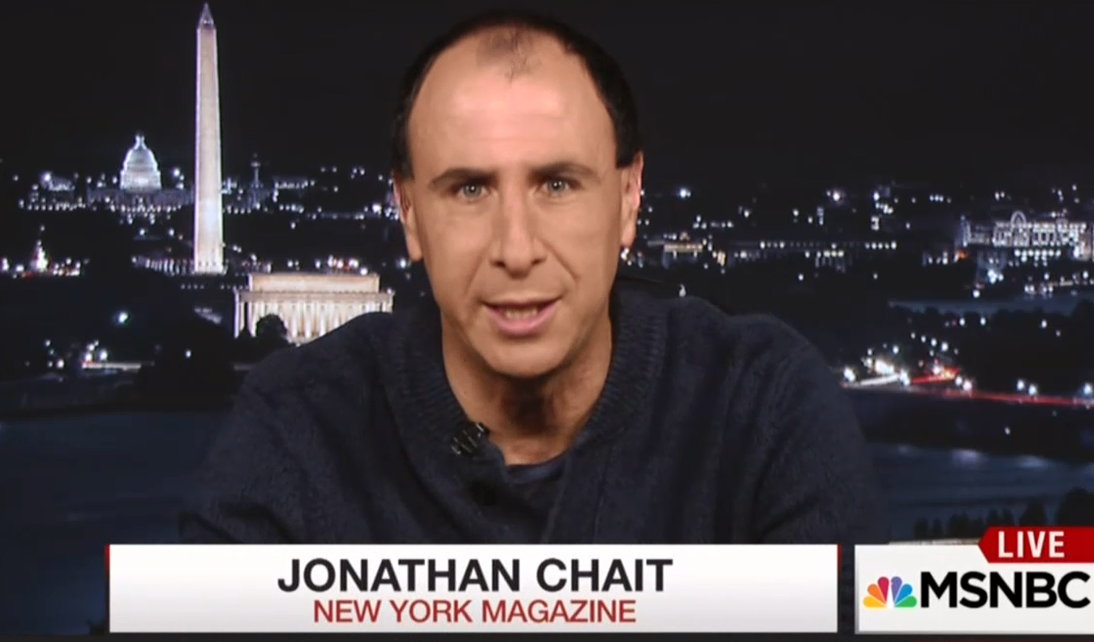 After nearly eight years of competing theories, the essence of the Tea Party has been determined, says New York’s Jonathan Chait. In a Wednesday post, Chait claimed that Donald Trump’s election as president verifies liberals’ explanation of what the movement stood for.

The right, wrote Chait, was wrong to argue that the Tea Party was all about “timeless principles of conservative movement thought” such as “advocacy of balanced budgets [and] adherence to a strict constructionist version of the Constitution,” while the left understood that the movement was “an expression of ethno-nationalist rage centered around a black president and the belief that his coalition stood for redistribution from older, white America to its younger, more diverse supporters.”

As for Trump, his “devotion to ethno-nationalism is total,” while his “support for ‘constitutional conservatism’ is nonexistent. He openly flouts republican norms, threatening to jail his political opponents and encouraging violence against protesters.” And, Chait noted, he repeatedly deviates from righty policies (bolding added):

Trump is justifying his plans to jack up the deficit on Keynesian grounds…And yet Republicans who rejected [Keynesian] stimulus when it was unquestionably necessary [in 2009] have followed Trump’s call to employ it in far murkier circumstances.

Perhaps Trump’s most comic violation of so-called conservative principle is his blatant favoritism toward individual business firms…One can only imagine the horror Republicans would have displayed if Obama threatened retribution against a firm, causing its stock price to tank, after its CEO criticized his policies.

…It’s one thing to suspect tea-party rhetoric was phony, quite another to believe the entire GOP could disregard every single putative principle of the movement even before it had its hands on power. Why is anybody pretending these notions ever really mattered?