Vox Writer: ‘American Independence In 1776 Was a Monumental Mistake’ 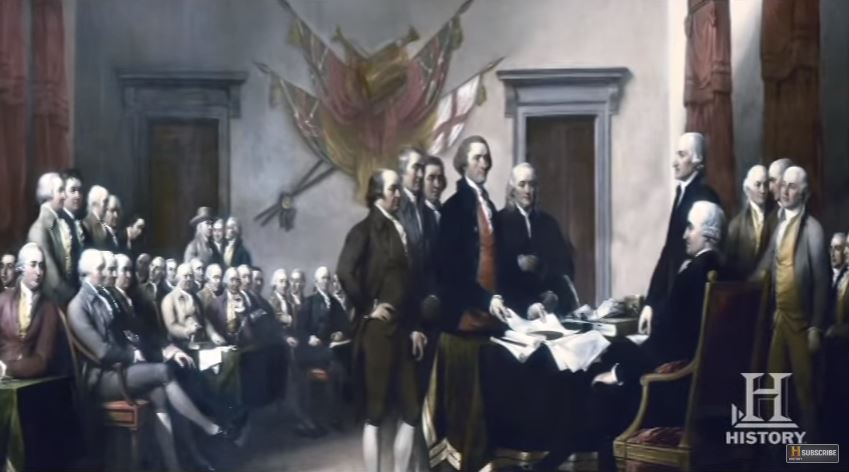 On June 16, four days after the Orlando nightclub massacre, Vox’s Dylan Matthews tweeted his endorsement of “letting the [president of the United States] unilaterally ban people (hopefully everyone!) from buying guns.” That’s provocative, but less so than a Matthews article from this time last year that was reposted Friday. In that piece, Matthews contended, “American independence in 1776 was a monumental mistake. We should be mourning the fact that we left the United Kingdom, not cheering it.”

Matthews acknowledged that “evaluating the wisdom of the American Revolution means dealing with counterfactuals…We obviously can't be entirely sure how America would have fared if it had stayed in the British Empire longer, perhaps gaining independence a century or so later, along with Canada…But I'm reasonably confident a world in which the revolution never happened would be better than the one we live in now.”

-- “The main reason the revolution was a mistake is that the British Empire, in all likelihood, would have abolished slavery earlier than the US did, and with less bloodshed.

“Abolition in most of the British Empire occurred in 1834, following the passage of the Slavery Abolition Act. That left out India, but slavery was banned there, too, in 1843. In England itself, slavery was illegal at least going back to 1772. That's decades earlier than the United States.

“This alone is enough to make the case against the revolution. Decades less slavery is a massive humanitarian gain that almost certainly dominates whatever gains came to the colonists from independence.

“The main benefit of the revolution to colonists was that it gave more political power to America's white male minority.”

-- “American Indians would have still, in all likelihood, faced violence and oppression absent American independence, just as First Nations people in Canada did. But American-scale ethnic cleansing wouldn't have occurred. And like America's slaves, American Indians knew this. Most tribes sided with the British or stayed neutral; only a small minority backed the rebels. Generally speaking, when a cause is opposed by the two most vulnerable groups in a society, it's probably a bad idea. So it is with the cause of American independence.”

-- “It's worth taking a second to praise a less important but still significant consequence of the US sticking with Britain: we would've, in all likelihood, become a parliamentary democracy rather than a presidential one.

“…Parliamentary democracies are a lot, lot better than presidential ones. They're significantly less likely to collapse into dictatorship because they don't lead to irresolvable conflicts between, say, the president and the legislature. They lead to much less gridlock.

“In the US, activists wanting to put a price on carbon emissions spent years trying to put together a coalition to make it happen…and they still failed to pass cap and trade, after millions of dollars and man hours. In the UK, the Conservative government decided it wanted a carbon tax. So there was a carbon tax. Just like that. Passing big, necessary legislation — in this case, legislation that's literally necessary to save the planet — is a whole lot easier with parliaments than with presidential systems…

“…Government spending in parliamentary countries is about 5 percent of GDP higher, after controlling for other factors, than in presidential countries. If you believe in redistribution, that's very good news indeed.

“The Westminister [sic] system of parliamentary democracy also benefits from weaker upper houses. The US is saddled with a Senate that gives Wyoming the same power as California, which has more than 66 times as many people. Worse, the Senate is equal in power to the lower, more representative house. Most countries following the British system have upper houses — only New Zealand was wise enough to abolish it — but they're far, far weaker than their lower houses.”

Note: This post has been updated to indicate that Matthews's article was originally published last year.