The left's paranoia has been quite visible since Supreme Court Justice Anthony Kennedy announced his retirement last week.

Now their bigotry is showing, particularly in the case of potential Court nominee Amy Coney Barrett. Monday on MSNBC, Zerlina Maxwell went after Barrett, whom she called "Barnett," for being "very Catholic," and for having spoken to a "hate group." That group is the Alliance Defending Freedom, which has been designated as a "hate group" by the "charlatans" (Tucker Carlson's late-June characterization) at the Southern Poverty Law Center, whose name Maxwell didn't mention. 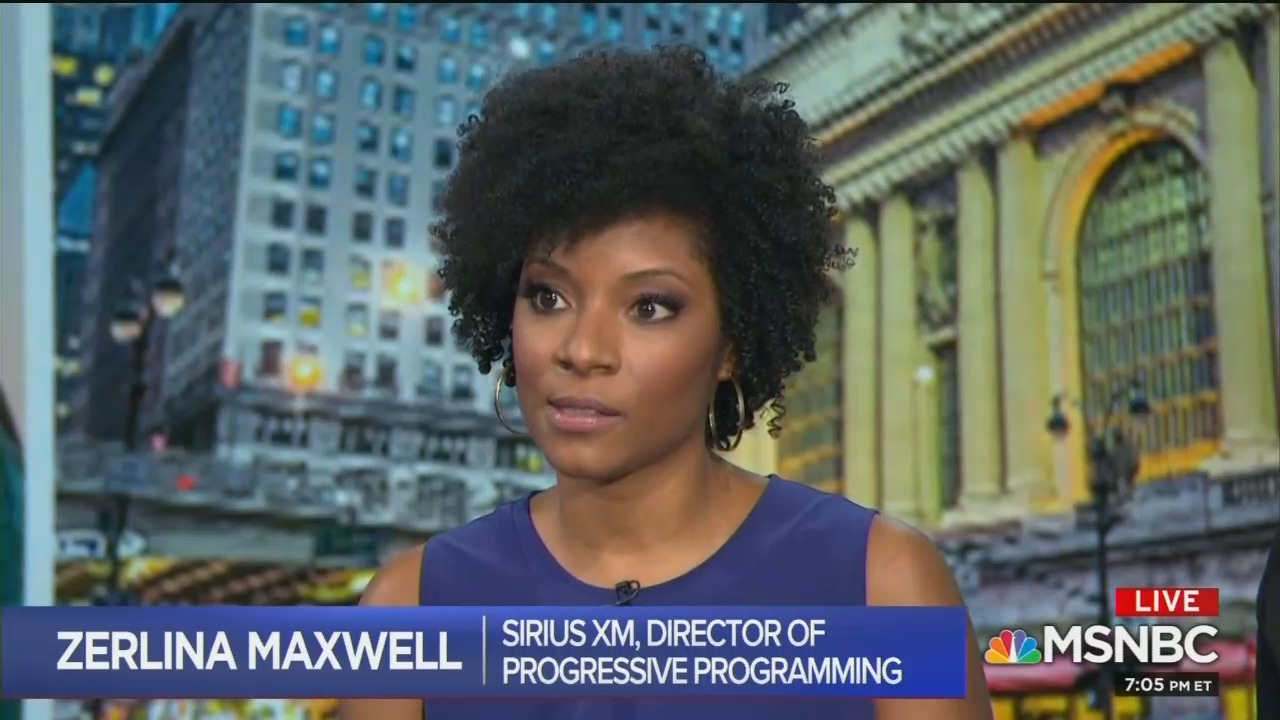 What SPLC clearly hates is what ADF has accomplished, and its sour-grapes "hate group" designation has no substance.

Unfortunately, the SPLC still has undeserved credibility and clout. As ADF's Kristen Taylor noted on Carlson's June 23 Fox News Channel show (also reported by Ashley Rae Goldenberg at NewsBusters in early May), online retail giant Amazon allows SPLC "to make the determination of who can participate" in its Smile program, which allows buyers to steer a portion of their purchases to designated charitable groups.

Here's what Maxwell, who appeared on Hardball with guest host Steve Kornacki, had to say about "Barnett," er, Barrett (h/t Washington Free Beacon):

Here's part of the transcript [emphasis mine]:

ZERLINA MAXWELL: His (Trump's) list is all people who we have an understanding are in opposition to Roe. Amy Barnett went to Notre Dame. She is very Catholic. She had a famous moment with former Senator Al Franken during her hearings about how she spoke essentially to a hate group without really understanding the full context there.

So Maxwell believes that attending Notre Dame and being "very Catholic," which one supposes means taking her religious beliefs seriously and practicing them in her daily life — unlike, say, Andrew Cuomo, who still against all reasonable evidence claims to be Catholic — are now reasons to reject a Supreme Court nominee.

Whelan then provided a detailed explanation why Franken was wrong, including this nugget: "the 'state-sanctioned sterilization' that ADF purportedly defended was in fact an individual transgender person’s own decision to undergo surgical mutilation."

It's remarkable how people like Maxwell so casually throw around accusations that others are filled with hatred and bigotry when so they ardently and frequently display their own.